A Texas woman says she wanted to punish her children by locking them in a hot car on a near-100 degree day. Both of her kids later died of extreme heat exposure. The horror occurred on May 26 but Cynthia Randolph, 25, wasn’t arrested until June 23 after cops say she changed her story multiple times over the course of the investigation. Initially, Randolph had told authorities she was folding laundry while Juliet, 2, and Cavanaugh Ramirez, 1, played outside. After not hearing from them, Randolph said she went outside to find her children unresponsive locked in her car. Randolph broke the window and called 911.

1. Authorities Say Randolph Was Smoking Weed While Her Children Died

NBC DFW reports that authorities said Randolph “created several variations of the events which lead to the death of her children.” The reality, investigators say, is that when Juliet refused to get out of the car in front of their Weatherford, Texas, home, Randolph locked her in along with Cavanaugh. Apparently, the mother believed that Juliet would be able to get out when the heat got too much. The reason Randolph gave for locking her children in the car was to “teach them a lesson.”

Randolph went into her home, smoked some weed and the fell asleep for between two or three hours. When Randolph awoke, she went to her car and found her children. NBC DFW reports that Randolph apparently tried to stage the scene of an accident. At the time of Juliet and Cavanaugh’s deaths, it was around 96 degrees.

Randolph told responding officers that her children had not been in the car for more than an hour.

A Go Fund Me page had been set up for Randolph. At the time writing, the page is no longer accepting donations. The page reads:

Juliet Ramirez, age 2, and Cavanaugh Ramirez, age 16 months, lives’ were lost on Friday, May 26, 2017. This is a tragic loss. We recognize their family is in need of funds to lay these beautiful children to rest. This is a time for family, friends, and members of our community to help out a family in need.

Costs are estimated at $10,000 and your donation is greatly appreciated.

A friend of Randolph’s who was referring people to the Go Fund Me page said on May 30 that Ciny was “doing the best she can to stay strong.”

Captain Mark Arnett told WFAA at the time of the children’s deaths, “Whenever she found them inside the car, she said one of the kids had actually gotten her cell phone and the car keys and had them in their hand and locked themselves in.”

3. Randolph Calls Herself a ‘Down Ass Chick’ on Facebook

WFAA reported in May 2017 that Child Protective Services had been to Randolph’s home prior to Juliet and Cavanaugh’s deaths.

4. Randolph Is Being Held Without Bond

Fox DFW reports that Randolph is being held at Parker County Jail. She is facing two charges of injury to a child causing serious bodily injury. Her bond has yet to be set. The station says that Randolph was formerly booked on June 23 after being interviewed by a Texas Ranger and a U.S. Department of Justice special agent. It was during that interview that Randolph “implicated herself.”

5. Nearly 40 Children Die After Being Locked in Hot Cars Every Year

In 2017, 13 children have died after being left in hot cars, according to NoHeatStroke.org. That site is run by San Jose State University’s Jan Null who is a meteorology professor at the school. Her research gives the average number of child deaths in hot cars in the U.S. as 37.

NBC News reports that Rep. Tim Ryan, a Democrat from Ohio, has introduced the Hot Cars Act which would require cars to contain a feature telling drivers if there is a child still in the car. 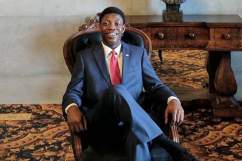 Loading more stories
wpDiscuz
7
0
Would love your thoughts, please comment.x
()
x
| Reply
A Texas woman says she wanted to punish her children by locking them in a hot car on a near-100 degree day. Both of her kids died of heat stroke.