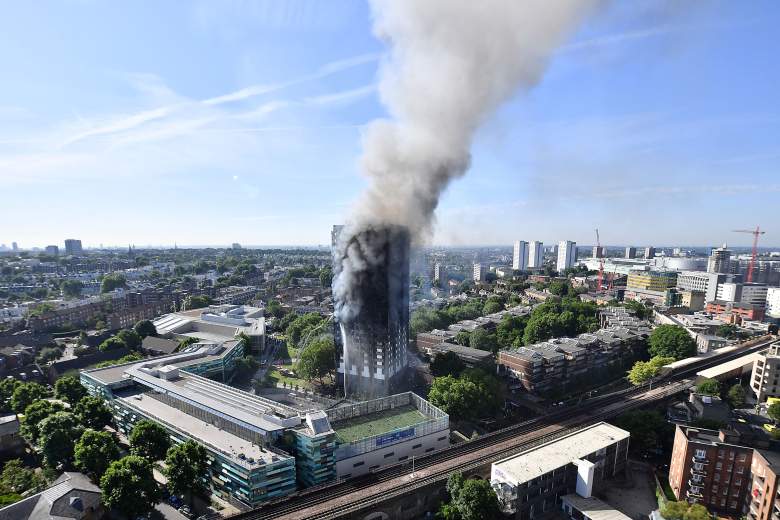 Smoke rises from the building after a huge fire engulfed the 24 story Grenfell Tower in Latimer Road, West London in the early hours of this morning on June 14, 2017 in London, England. Grenfell is managed by KCTMO. (Getty)

KCTMO is the organization that manages Grenfell Tower, the 24-story building that was engulfed in a devastating fire in London. The organization was the source of many complaints and concerns prior to the fire breaking out, including a frighteningly prescient post from the Grenfell Action Group seven months ago.

Seven months ago, the Grenfell Action Group website posted a blog titled “KCTMO – Playing with Fire!’ The residents were concerned that a history of poor decisions and neglectful choices would one day lead to a catastrophe. The blog was originally started in 2010 to oppose the Kensington Academy Leisure Centre, which they believed would destroy the Lancaster Green, the only residential amenity space for residents of Grenfell Tower. Over time, the group took on other causes, including concern about fire safety at Grenfell Tower.

Here are some quotes from the story first posted in November 2016:

It is a truly terrifying thought but the Grenfell Action Group firmly believe that only a catastrophic event will expose the ineptitude and incompetence of our landlord, the  KCTMO, and bring an end to the dangerous living conditions and neglect of health and safety legislation that they inflict upon their tenants and leaseholders…”

Unfortunately, the Grenfell Action Group have reached the conclusion that only an incident that results in serious loss of life of KCTMO residents will allow the external scrutiny to occur that will shine a light on the practices that characterise the malign governance of this non-functioning organisation…”

It is our conviction that a serious fire in a tower block or similar high density residential property is the most likely reason that those who wield power at the KCTMO will be found out and brought to justice! The Grenfell Action Group believe that the KCTMO narrowly averted a major fire disaster at Grenfell Tower in 2013 when residents experienced a period of terrifying power surges that were subsequently found to have been caused by faulty wiring. We believe that our attempts to highlight the seriousness of this event were covered up by the KCTMO with the help of the RBKC Scrutiny Committee who refused to investigate the legitimate concerns of tenants and leaseholders.”

2. This Wasn’t the First Fire at a KCTMO Property

The fire on Appleford Rd #NorthKensington is now under control. 35 people were rescued by firefighters. pic.twitter.com/8tEiW9el3H

In 2015, 50 people were rescued from a fire at another KCTMO property called Adair Tower in North Kensington, Grenfell Action Group shared this news, and the Telegraph reported on it at the time. Sixty firefighters responded to the blaze, which started in a two-room apartment. Two people had to escape by a ladder from their balconies. 12 flats were left uninhabitable from the fire. The Grenfell Action Group shared that the Adair Tower had not been complying with fire safety regarding fire escapes and self-closing doors. Similar safety breaches were found at Hazelwood Tower.

A power surge in 2013 at Grenfell also left residents concerned about fire safety.

2013 Grenfell Tower complaint: "power surges..notably in the early hours of the morning & throughout the evening & night time." #londonfire pic.twitter.com/QhS78BZ8VT

KCTMO, which stands for Kensington and Chelsea Tenant Management Organization, oversees 10,000 properties, according to KCTMO’s website. According to their webpage, their mission is “delivering excellent housing services through resident led management” and one of their key objectives is “raising housing service standards and expectations by delivering quality and accessible services.” Their values include: “Being open and accountable for all we do.”

KCTMO is, in fact, the largest tenant management organization in England, operating on behalf of the Kensington and Chelsea London Borough Council. According to LinkedIn, they have 68 employees.

The company has a three-star status from the Audit Commission. In 2008, Juliet Rawlings, chair of the KCTMO’s board, was awarded an MBE in the Queen’s Birthday Honours.

4. KCTMO Has Many Negative Reviews Online

.@kctmo, the private property company responsible for #GrenfellTower, also has a bunch of poor reviews from tenants about its management. pic.twitter.com/x9o7PqFln9

Apparently Grenfell tenants weren’t the only ones unhappy with KCTMO. Many one-star reviews have been left under Google Reviews too. One person wrote: “Absolutely appalling service. Don’t answer the phone most of the time. Definitely not after 4.30 pm. Pass you back and forth from department to department. Don’t deal with complaints properly, I’ve waited 2 years for a repair before.”

Another person wrote, “As a Leaseholder I am disgusted at the high charges for appalling service. I have never found such lazy, incompetent staff with other management firms, and think that whatever cosy arrangement this TMO has with the Council, they should be made to provide services, and not rely on the Council turning a blind eye. It took me two years to get them to pump out stagnant, smelly water from a basement store – and the firm pumped out 7,200 gallons – what a health hazard.”

Fantastic to be on The Sunday Times Best Companies list – 89th in the 100 Not for Profit Orgs. section. Proof we're a great place to work! pic.twitter.com/AM5v0sKZAX

KCTMO is what is called an “Arms Length Management Organization.” This means it’s a not-for-profit company that provides housing services for a local authority. KCTMO is the only TMO that is also an ALMO.

According to their website, they management council housing on behalf of the Royal Borough of Kensington & Chelsea. They collect and send “performance indicator data” to the Council, which uses this information to monitor KCTMO’s performance.

This could make filing a complaint difficult for tenants. According to the Royal Borough’s website, before the Council can deal with any complaints from KCTMO tenants, tenants must first file a complaint with KCTMO itself. “The KCTMO manages the Council housing stock and as such the Council cannot take enforcement action against it,” the website continues. “The Council’s Environmental Health Team can however speak to the KCTMO on a tenant’s behalf to try to address any problems informally.”

In 1996, the Royal Borough passed responsibility for managing its properties to a tenant management organization. The Council still owns the properties and a management agreement governs the relationship between the Council and the KCTMO. 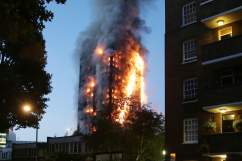 Grenfell London Fire Photos: Pictures Before & After the Devastation

Loading more stories
wpDiscuz
0
0
Would love your thoughts, please comment.x
()
x
| Reply
KCTMO, Kensington and Chelsea Tenant Management Organization, runs Grenfell Tower. It has been the subject of many complaints over the years.