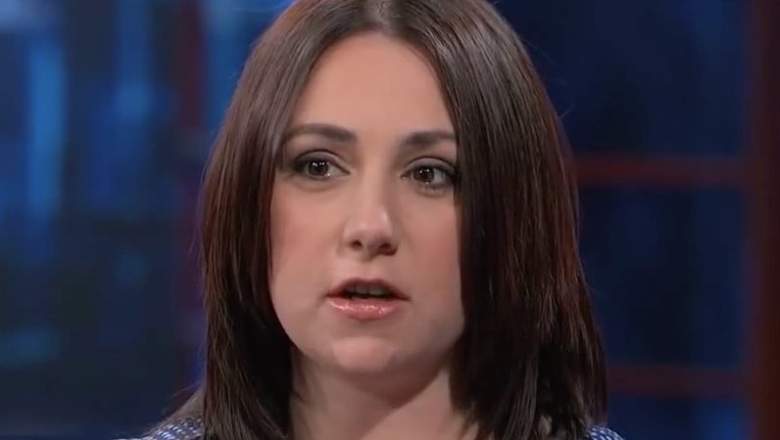 Lindsay Tornambe was just 9 when her family met cult leader Victor Barnard and uprooted their lives to be part of the River Road Fellowship on an 85-acre campground outside of Finlayson, Minnesota. When Lindsay was 13, she was forced to live with Barnard in his home with nine other women. As his “maiden”, Lindsay was sexually assaulted by the cult leader for nearly a decade.

1. She Was Sexually Abused by Barnard for Nearly a Decade

(Pt2) Lindsay Tornambe realized she was abused after talking with friends at a NYE party on 2011-2012. pic.twitter.com/4oDLs2vJgP

Lindsay started to be sexually abused by Barnard shortly after moving in with him when she was just 13.

The New York Daily News reports that Barnard would use religious doctrines to intimidate and take advantage of and intimidate the women.

In her lawsuit, Tornambe says, “Barnard was a child sexual predator of the worst kind who used the medium of religion, cult, and his professed status as a religious leader, and even Jesus Christ Himself, to brainwash parents to serve up their first-born daughters.”

2. She Was Told She Didn’t Love God When She Decided to Leave the Cult

Tornambe was 23 when she decided to leave Victor and the other maidens. She had learned that he was sleeping with a few of the married women in the group. “For some reason, even though I didn’t realize what he had done to me was wrong, I knew that that was wrong,” she tells KREM.

Lindsay also tells the outlet that that the other women who lived with Barnard did not approve of her decision, and questioned her loyalty and devotion to Barnard. “… they said ‘Well, you must not love God anymore, and you’re not remembering your first love,’ which was Victor.”

3. She Confronted Her Father on Dr. Phil

In 2014, Tornambe confronted her father on Dr. Phil and asked him why he allowed her to live in Barnard’s home when she was just 13.

According to The Daily Mail, Lindsay was sent to live with the cult leader after a special ceremony during which he “spiritually married” her by giving her a ring and placing salt in her mouth. When she appeared on Dr. Phil, Lindsay said, “My parents witnessed the salt ceremony… It was clear to me at that moment that my parents weren’t going to stop it.”

Carmen, Lindsay’s father, responded by saying that he did not know about the abuse. “My perspective was that she was serving the church, I didn’t know all those other things were happening.” He did, however, say that he feels guilt each day for what happened. “I take my full accountability and responsibility for what had taken place. I did not give a blessing or an OK.”

4. She Filed a Civil Lawsuit in January

Tonight on 20/20 a docudrama on Victor Barnard. Here's how it all began 3 years ago. https://t.co/Lt6lOAX8rM

In 2012, Torname and a woman named Jess Schlinsky came forward to report the abuse. Two years later, Barnard was charged in Pine County with 59 counts of criminal sexual conduct for the sexual relations he had with the two girls. It took police a year to locate Barnard, who had fled to Brazil.

Tornambe filed a civil lawsuit in which she named the adults in the cult who she says she believes should have known what she was forced to go through was wrong. According to the KREM, twelve people are named in the lawsuit, including Susan Elmblad, Craig Elmblad, Randal Roark, Pamela Roark, and Stephanie Barnard of Liberty Lake.

Tornambe and a woman named Jess Schlinsky both testified against Barnard. The New York Daily News Reports them as saying they hoped coming forward and publicly identifying themselves would encourage other victims to open up, as well.

5. 150 People Lived With Barnard at His Minnesota Camp

Tornambe was just one of 150 people who lived with Tornambe at the Finlayson property called “Shepherd’s Camp.”

During her time there, Tornambe recalls Barnard spitting in people’s faces and throwing them out of the dining hall. “He was someone I didn’t want to make mad because of what I saw with other people,” she tells Spokesman. 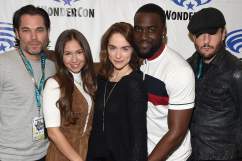 Loading more stories
wpDiscuz
3
0
Would love your thoughts, please comment.x
()
x
| Reply
Lindsay Barnard was a victim of sexual abuse at the hands of cult leader Victor Barnard. Tonight, she will be featured on ABC News' In An Instant.