Amazon founder and chairman Jeff Bezos was briefly the richest man in the world, passing Microsoft co-founder Bill Gates. Bezos’ net worth topped $90.6 billion after early morning trading on July 27, making him $500 million richer than Gates. However, Amazon shares took a hit during the day, and Bezos’ net worth slid under $90 billion.

The 53-year-old Bezos, who was born in Albuquerque, founded Amazon.com in 1994, focusing on selling books. In the two decades since then, the company portfolio has expanded to include just about everything anyone could possibly imagine wanting. Amazon is now the world’s largest internet retailer and is challenging Walmart’s dominance in physical retail.

Bezos is married to author MacKenzie Bezos and they have four children.

Here’s a look at Bezos’ wealth.

After Amazon’s stock opened up by 1.6 percent on July 27, Forbes reported that Bezos earned the title of “world’s richest man” with an estimated net worth of $90.6 billion. That puts him $500 million ahead of Gates.

Bezos’ tenure as the “world’s richest man” was short though. After Amazon’s stock dipped during the day, Forbes changed its estimate, and Bezos’ net worth dropped to an estimated $88.7 billion.

This was the first time anyone has had the title other than Gates since Spanish retail mogul Amancio Ortega held the title for two days in 2016. Bezos is also only the third American to hold the title since Forbes started tracking billionaires in 1987. Aside from Bezos and Gates, the only other American to have the title was Warren Buffett.

Bezos has come a long way in 20 years. He debuted on Forbes’ wealth rankings in 1998, the year after Amazon went public. At the time, he was worth $1.6 billion. When the magazine published its World’s Billionaires 2017 list in March, Bezos’ wealth was at $72.8 billion.

2. Bezos Regularly Sells Off About $1 Billion in Amazon Shares to Fund Blue Origin

For the past two years, Bezos has sold off nearly $1 billion worth of Amazon shares in bunches. As Fortune reported in August 2016, Bezos unloaded $671 million world of shares in May 2016. He followed that up in August by selling off 1 million shares, worth about $757 million.

In May 2017, CNBC reported that Bezos sold off another 1 million shares, worth $940.74 million, over three days. It was the most money he’d ever made on a single sale.

During the Space Symposium in Colorado in April, Bezos told reporters that he’s been selling off a chunk of Amazon stock each year to fund Blue Origin a rocket company he launched to sell passengers 11-minute flights into space.

“My business model right now … for Blue Origin is I sell about $1 billion of Amazon stock a year and I use it to invest in Blue Origin,” Bezos explained.

3. Bezos Drove a 1996 Honda Accord During Amazon’s Early Days

GettyJeff Bezos during a meeting at Trump Tower in December 2016.

While some billionaires might spring for a brand new car (or cars), Bezos famously said he still drove a 1996 Honda Accord. He drove the car during the early days of Amazon.

“How has my life changed post-IPO?” he said, referring to Amazon’s initial public offering, in a 1997 Washington Post interview. “Personally, it hasn’t changed at all. I still drive a 1996 Honda Accord. The big difference is that we now have $50 million in the bank, which is huge.”

Today, Bezos doesn’t use that Honda Accord to get around since he’s got his own private jet. According to Wealth-X, Bezos owns a Gulfstream G650ER. The plane costs $66.5 million, Corporate Jet Investor reports. The jet was introduced in 2014. 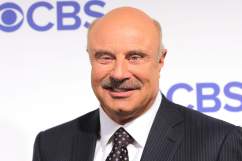 Bezos likes to invest in off-the-wall projects. Back in 2011, Geek.com reported that Bezos was investing $42 million in a 10,000-year clock project inside a Texas mountain.

The project was started by The Long Now Foundation, which was founded in 1996. Computer scientist Daniel Hills came up with the idea to promote long-term thinking. He also thought about creating a clock that will keep time for the next 10,000 years.

A full-scale version of the clock is being built now, with the materials constructed in California and Seattle. The pieces will then be assembled inside a West Texas mountain on land owned by Bezos. Composer Brian Eno also wrote the melody that will be heard each time the clock chimes. Amazingly, every melody will be unique.

One critique of Bezos is that he has made these bizarre investments but hasn’t made a firm plan for philanthropy like Gates or Buffett. In June 2017, he was mocked for asking Twitter for ideas on where to donate his money.

Bezos has never signed the Giving Pledge. However, The New York Times reports that public data shows he has bestowed $100 million to charities. That’s only one-tenth of 1 percent of his wealth. 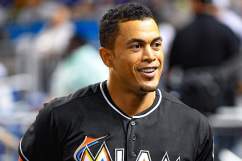 5. Bezos Bought the Biggest Home Ever Sold in Washington, D.C.

In 2013, Bezos bought the Washington Post for $250 million, meaning that he’ll have a reason to spend time in the nation’s capital.

In October 2016, Bezos bought a new home in Washington for $23 million in cash anonymously. It wasn’t until January 2017 that the Post unmasked Bezos as the buyer of the 27,000 square-foot property, the largest ever sold in Washington.

Bezos told employees in a memo that he planned on being a hands-off owner.

“I won’t be leading The Washington Post day-to-day,” Bezos wrote. “I am happily living in ‘the other Washington’ where I have a day job that I love. Besides that, The Post already has an excellent leadership team that knows much more about the news business than I do, and I’m extremely grateful to them for agreeing to stay on.”

Curbed Seattle reports that Bezos’ home in the Seattle area is on a 29,000 square-foot property, includes two buildings and has 200 feet of shoreline.

Bezos also has property in West Texas, where the 10,000-year clock is being built and his Blue Origin venture is based; and a $24.5 million property in Beverly Hills, California. 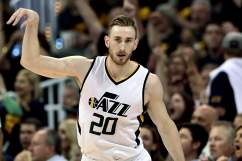