The sun is shining, the fireworks are about to be in the air and the nation is celebrating the birthday of the United States.

That can only mean one thing: It’s time for the annual Nathan’s Hot Dog Eating Contest at Coney Island.

Hundreds have tried to eat their way to being the top dog in the contest, which takes place July 4 every year. But only few have conquered the daunting task of eating as many hot dogs as possible in 10 minutes and be crowned champion.

So, how many hot dogs eaten in that span is a world record?

Well, reigning men’s champion Joey “Jaws” Chestnut set the new world record at the in 2016 at the 100th edition of the contest. The nine-time champion threw down 70 hot dogs in 10 minutes and lived to tell the tale.

Watch a video of Chestnut’s performance in the 2016 contest below:

While the 70 hot dogs consumed is a contest record, Chestnut actually surpassed that mark in a qualifying event prior to the contest with a mind-blowing 73.5 hot dogs eaten.

Chestnut’s secret to success? He fasts for two-to-three days prior to the contest, and there’s been no arguing with the results.

In 2007, he came out of nowhere to dethrone six-time defending champion Takeru “Tsunami” Kobayashi by eating 66 hot dogs in 12 minutes, which established a new world record at the time.

He successfully defended his title the following year in an eat-off against Kobayashi and then outlasted him once more in 2009 by establishing a record of 68 hot dogs. He consumed 54 of them in 2010 to retain the title and then he won his fifth-straight contest in 2011 by eating 62 hot dogs.

But he lost the title in 2015 when Matt Stonie outshined him with 62 hot dogs. The loss may have brought a new attitude for Chestnut, because he returned the following year to re-capture his title belt and establish the mind-blowing record of 70 hot dogs.

Thomas won three-straight contests before being dethroned by Miki Sudo in 2014. Sudo has since followed it up by eating 38 hot dogs in 2015 and 2016 and enters the 2017 contest as the reigning champion. 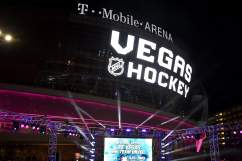 Loading more stories
wpDiscuz
1
0
Would love your thoughts, please comment.x
()
x
| Reply
Joey Chestnut is the reigning champion in the Nathan's Hot Dog Eating Contest after he consumed a world record amount in 2016.