Thirteen people are dead and at least 80 others have been hospitalized after a rental van ran over a group of people in an ISIS-inspired terrorist attack in a popular tourist spot in Barcelona, Spain.

Police say that the driver of a white van sped down La Rambla, a well-known street in the city, and ran many people near Maccabi, a kosher restaurant, before fleeing on foot. There were believed to be as many as three suspects in the incident.

This photo from Barcelona appears to show the aftermath of today's incident; the kosher restaurant, Maccabi, is visible on the right. pic.twitter.com/yWlOZA8gTU

According to Catalan Emergency Services, 15 people have been critically injured, 23 are considered as “less seriously” injured while 42 others suffered minor injuries.

Shocking images of the dead and injured filled social media as police continued to close in on the suspects.

However, a senior police officer told The Guardian that those two were not the driver of the van, adding that the whereabouts of the driver are unclear.

The Islamic State claimed responsibility hours after the attack in Barcelona on La Rambla, a popular street in the city. La Rambla is often filled with tourists and locals. The street is known to get crowded, especially during the summer months. It’s currently the height of tourism season in Barcelona, where at least 11 million visitors come annually.

According to El Pais, the incident occurred in the afternoon on La Rambla and “the road is now cordoned off and the downtown settlements have been evacuated.”

Senior police official Josep Lluis Trapero said the van drove on the pavement, swerving to hit pedestrians in the crowded are in what he called a “terror attack intended to kill as many people as possible.”

The van appeared to “jump the sidewalk” and crashed into the summer crowd of residents, The Associated Press reported.

The attack caused mass chaos on the street, and at least three stampedes of people fleeing for cover were seen.

Police have advised people not to use public transit as the situation is still ongoing. A security perimeter was put into place and people have been told to “leave the street” immediately.

A White House spokesperson said President Donald Trump has been briefed on the terrorist attack and continues to monitoring it. He tweeted a few hours after the incident saying the U.S. “condemns the terror attack” and vowed to do whatever was necessary to help in the aftermath.

The United States condemns the terror attack in Barcelona, Spain, and will do whatever is necessary to help. Be tough & strong, we love you!

2. One of the Suspects Named by Police Claims His Identity Was Stolen While Another Was Shot Dead by Police

First footage from the scene after a white van mounted the pavement and struck several people on Barcelona's Las Ramblas pic.twitter.com/WxBobVDxoS

Police reportedly recovered a passport from the van appearing to show Detenido “Driss” Oukabir, a citizen who resides in Melilla, a Spanish city located on the north coast of Africa that shares its border with Morocco.

However, a report by La Vanguardia says that a man identifying as Oukabir traveled to the police station after he saw his identity being spread by police. The report says that Oukabir claims his documentation had been stolen and he had nothing to do with the terrorist attack.

The news outlet cited Mayor Jordi Munell, who said Oukabir is a “well-known person” in the community. The man told authorities that he suspected his younger brother, 18-year-old Moussa Oukabir, may have stolen his documentation and be the person involved in the attack.

Oukabir is originally from Agbala, Morocco and is said to have rented the van in Santa Perpetua, about 40 minutes north of Barcelona. His motivation in the attack isn’t yet known, but he once shared a neo-Nazi video that alleged a global Jewish conspiracy on his Facebook account.

The Barcelona attacker posted this antisemitic video alleging a global Jewish conspiracy to take over the world: https://t.co/QsM7nF9RjM pic.twitter.com/tlwiWiyXHw

Authorities say that a second suspect has also been detained while the whereabouts of a potential third are currently unknown, though it’s assumed he is unarmed. 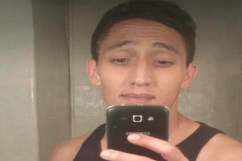 3. A House Explosion 1 Day Earlier Appears to be Connected to the Terror Attack

Police said that they are investigating a link between the attack and a series of explosions at a home in Alcanar, Catalonia one day earlier.

According to La Vanguardia, one person died and 16 others were injured after the explosions. An unidentified number of police officers and firefighters who were investigating the initial explosion were also injured when the second blast occurred. Human remains were reportedly found scattered in the rubble, and locals said the house was “inhabited by two brothers of Magreb origin.”

It was initially reported that the incident was brought on by “gas explosions” stemming from butane gas, La Vanguardia reported.

Witnesses of the incident told BBC News that they heard loud noises followed by sounds of frantic screams.

“There was a loud noise and everybody ran for cover,” 20-year-old student Marc Esparcia said to the news outlet. “There were a lot people, lots of families (at the site), this is one of the most visited sites in Barcelona.”

“I think several people were hit. It was horrible, there was panic. Terrible.”

Twitter user Laila Rouass reportedly hid from the attack inside of a restaurant freezer, she tweeted.

In the middle of the attack. Hiding in a restaurant freezer. Happened so fast. Praying for the safety of everyone here x

Ethan Spibey spoke to Sky News and talked about the chaotic scene.

Spibey said he took cover in a nearby church with dozens of other people.

Another witness, Steven Turner, told BBC that people in his office witnesses the van hit people.

“I saw about three or four people lying on the ground,” he said. “There are lots of ambulances and armed police with assault rifles around now.”

Helicopter right above us. pic.twitter.com/FICvu97vaz

Another video posted to Twitter shows multiple people laying on the ground not moving after the attack.

5. ISIS Has Claimed Responsibility for the Attack

Hours after the initial attack took place, the Islamic State took responsibility, saying the perpetrators of attack are “Islamic State soldiers and carried out the operation in response to appeals targeting coalition countries.”

Using a vehicle to run down people has become the staple attack of ISIS.

After the attack, ISIS channels showed people celebrating the news.

TwitterAn Twitter ISIS channel tweeting about the attack in Barcelona.

There have been multiple vehicle ramming incidents across Europe in recent years, killing over 100 people in Nice, Berlin, London and Stockholm.

In recent weeks, Barcelona has been investigating several incidents regarding anti-tourism graffiti being vandalizing neighborhoods and slashing tires of bicycles and a tour bus.

According to The Guardian, the youth wing of a Catalan political party posted video of its members performing the vandalism with the slogan: “Tourism kills neighborhoods.”

Spain was last placed on terror alert in 2015 and hadn’t suffered any Islamist-related terrorist attacks since a bombing on March 11, 2004 that left 192 dead and over 2,000 wounded. 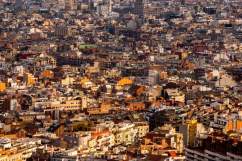 Is ISIS Behind the Car Ramming Today in Las Ramblas, Barcelona?

Read More
Breaking News, Crime, Exclude, Terorrism
wpDiscuz
0
0
Would love your thoughts, please comment.x
()
x
| Reply
At least 12 people are dead and many more have been left injured after a van-ramming attack on La Rambla in Barcelona, Spain on August 17.