August 7 marks Purple Heart Day, a special day to honor the lives and sacrifices of the men and women who have put their lives on the line for the U.S. The special award is the oldest military honor, starting in 1932. However, George Washington presented a similar award, called the Badge of Military Merit, on August 7, 1782.

It’s estimated that over 1.8 million Purple Hearts have been awarded since it was established. The award is presented to military service-members who are wounded or killed in action.

After the Revolutionary War ended, the Badge of Military Merit was not used again. To celebrate the 200th anniversary of Washington’s birth in 1932, it was revived under War Department General Orders No. 3, dated February 22, 1932. From that point on, the Purple Heart was established to honor those killed or injured during service from April 5, 1917 to the present.

2. The Purple Heart Was Designed by Elizabeth Will, an Army Heraldic Specialist

According to the Department of Veterans Affairs, the idea for a “Badge of Military Merit” revival was first proposed by General Charles Summerall in October 1927. In January 1928, a formal proposal was drawn up, but it wasn’t until January 1931 that General Douglas MacArthur decided to push for the medal again. Elizabeth Will, an Army heraldic specialist, was assigned to come up with the design for the medal, based on general guidelines.

The Purple Heart was officially established on February 22, 1932, the 200th anniversary of Washington’s birth.

The Purple Heart features George Washington’s profile on the obverse, in front of a purple, heart-shaped field. On the reverse, it reads “For Military Merit.” “The 1 11/16 inch medal is suspended by a purple cloth, 1 3/8 inches in length by 1 3/8 inches in width with 1/8-inch white edges,” the VA notes.

As The New York Times notes, Will also designed the Distinguished Flying Cross, the official Vice Presidential flag and other official government designs. She retied in 1965 and died in 1975.

3. At First, the Purple Heart Was Only Awarded to Army & Army Air Corps Personnel

The Purple Heart requirements have changed since 1932. According to the National Purple Heart Hall of Honor, which is located in New Windsor, New York, the Purple Heart was created exclusively for Army and Army Air Corps personnel at first. In addition, the award wasn’t presented posthumously to family members.

In December 1942, President Franklin D. Roosevelt changed that, signing an executive order to include Navy branches. He also made the award available to any military member killed on or after December 7, 1941.

Another executive order signed by President Harry S. Truman in November 1952 expanded the posthumous Purple Heart award to include members of the Navy, Coast Guard or Marine Corps killed on or after April 5, 1917. The Army and Air Force are later included in 1962, when another executive order made it possible for family members to apply for a posthumous Purple Heart.

President Ronald Reagan signed an executive order in 1984 to award the Purple Heart to service-members wounded or killed during acts of terror or during a peacekeeping mission outside the U.S. In 1993, a bill was passed to include wounds or death resulting from accidental “friendly fire.”

The most recent change to Purple Heart eligibility came in February 2015, when the Department of Defense said those wounded or killed by certain kinds of domestic terrorist activities can receive the award.

4. It’s Rumored That the Military Is Still Awarding Medals Made in 1945 in Preparation for a Planned Invasion of Japan

One rumor about the Purple Heart is that the Department of Defense made a large stockpile of the awards in 1945 in preparation for “Operation Downfall,” a planned land invasion of the main Japanese islands. The military estimated that there would be between 1.7 and 4 million casualties. The operation never happened, since it was decided to drop the atomic bomb instead and Japan surrendered.

As Stars and Stripes noted in 2010, historian D.M. Giangreco said there were Purple Hearts made during World War II that were still being presented.

“Time and combat will continue to erode the WW II stock, but it’s anyone’s guess how long it will be before the last Purple Heart for the invasion of Japan is pinned on a young soldier’s chest,” Giangreco told Stars and Stripes.

Defense Logistics Agency spokeswoman Mimi Schirmacher told Stars and Stripes in 2010 that at that as recently as 1985, the military had 120,000 refurbished World War II Purple Hearts. She said it was possible that there were still some being given out. 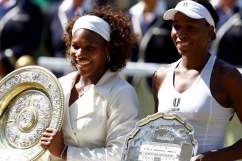 In April 2017, President Donald Trump presented a Purple Heart award to Sgt. 1st Class Alvaro Barrientos during his first trip to Walter Reed National Military Medical Center as president. As NPR notes, Barrientos served in Afghanistan and had his leg amputated below the knee after he was wounded on March 17.

“When I heard about this I wanted to do it myself. So congratulations,” Trump told Barrientos, who was joined by his wife Tammi. “Tremendous.” 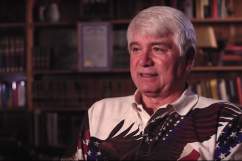 Loading more stories
wpDiscuz
1
0
Would love your thoughts, please comment.x
()
x
| Reply
Today marks Purple Heart Day, created to honor the lives and sacrifices of men and women who have put their lives on the line to protect the U.S.