Getty Virginia state police in front of the Robert E. Lee statue in Charlottesville, where white nationalists organized a "Unite The Right" rally.

Charlottesville, Virginia is the site of this weekend’s “Unite The Right” rally, an event that drew white nationalists from all over the country to the city. Since April 2017, when the Charlottesville City Council first voted to remove a bronze equestrian Robert E. Lee sculpture, the city has been the site of alt-right protests and a Ku Klux Klan rally.

On August 23, 11 days after the Charlottesville protests, city officials put drapes over the Lee and “Stonewall” Jackson statues.

“The tarps came in earlier than we expected and we had staff available today to cover up the monuments so that is what we did,” Joe Rice, Charlottesville communications coordinator, told CNN.

Robert E. Lee was a Confederate general during the Civil War and was the general who surrendered to Union General Ulysses S. Grant at Appomattox in 1865. Lee lived until 1870, dying at age 63. Statues of Lee were erected throughout the South and the movement to remove them was sparked by the 2015 killings of nine black churchgoers in Charleston, South Carolina by a white supremacist.

On Saturday, one person was killed and dozens injured when a car hit a crowd of counter-protesters after the “Unite The Right” rally was cancelled by officials. A suspect was taken into custody, the Virginia Secretary of Public Safety confirmed. Two police officers were also killed in a police helicopter crash.

Here’s what you need to know about the statue that drew white nationalists to Charlottesville.

1. The City Council Voted to Remove the Statue in April, but a Judge Halted the Removal for 6 Months in May

In April, the Charlottesville City Council voted to sell the bronze statue that stands in downtown Charlottesville. As WVIR reports, the city council also unanimously voted to rename Lee Park. However, two members of the five-member city council still voted against removing the statue.

At the time, City Attorney Craig Brown admitted that there would be legal battles ahead to remove the statue.

“There is a pending court suit challenging the right to relocate the Lee statue,” Brown told Richmond.com. “I think the process is geared toward a contractual agreement to move the statue somewhere else, but my advice is to have that be contingent on a favorable ruling in the court case.”

In May, WDBJ reported that Judge Richard Moore ruled that the statue’s removal would be delayed by six months. The Sons of Confederate Veterans and other groups argued that a Virginia monument law stops war monuments from being removed. However, the city government said that the statue of Lee and another one of the Confederate General Stonewall Jackson were not initially erected to honor Civil War veterans.

Moore said that the city could still rename Lee and Jackson parks, and could continue plans to remove the Lee statue, as well as plans to replace them with other historical monuments. One idea is to build a memorial to the slaves who lived in Charlottesville in Jackson Park, notes the Daily Progress. 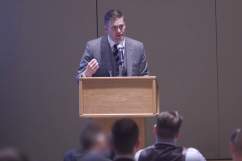 2. The First Torch-Wielding Protest at Charlottesville Took Place on May 13 With Richard Spencer

GettyPolice standing in riot gear around the statue on August 12.

This weekend’s rally is not the first time alt-right leader and white nationalist Richard Spencer and others have protested at Charlottesville. As The Daily Progress reported, he led a torch-wielding rally on May 13.

Spencer was born in Boston, but attended the University of Virginia.

Charlottesville Mayor Mike Singer called the May protest “either profoundly ignorant or was designed to instill fear in our minority populations in a way that hearkens back to the days of the KKK. Either way, as mayor of this city, I want everyone to know this: we reject this intimidation. We are a welcoming city, but such intolerance is not welcome here.”

Erich Reimer, the chair of the Charlottesville Republican Party, said the “intolerance and hatred they seek to promote is utterly disgusting and disturbing beyond words.”

On July 8, about 50 members of a Ku Klux Klan group from North Carolina held a rally near the statue, but they were outnumbered by about 1,000 counter-protesters. Twenty-two people were attested at that rally.

“The NAACP has committed to removing and advocating the removal of Confederate symbols, including statues and from flags in cities all around the nation,” the NAACP said in a statement after the July rally. “In Charlottesville, they continue to support the call to remove the statue of Robert E. Lee.” 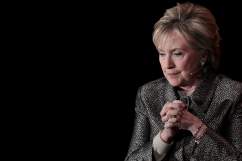 3. The Statue Was Commissioned Over 50 Years After the Civil War Ended

According to the Department of the Interior, the statue was commissioned in 1917 by the National Sculpture Society and philanthropist Paul Goodloe McIntire. Henry Shrady designed the statue, but died before it was finished. Leo Lentelli finished it in 1924 and it was cast at the Roman Bronze Works in Brooklyn, New York.

The statue stands 26 feet high. It joined the list of the National Register of Historic Places in 1997.

The Thomas Jonathan Jackson Statue was also commissioned by McIntire and is on the National Register of Historic Places. It was erected in 1921.

McIntire was a wealthy philanthropist whose name is all over the University of Virginia. As C-Ville.com reported in 2016, McIntire donated four parks to Charlottesville, supported the city’s first library and UVA’s McIntire Park, McIntire School of Commerce and McIntire Amphitheatre are all named for him.

While McIntire donated sculptures of two Confederate generals, one of the four parks he donated was named after Booker T. Washington and planned as a “playground for the colored citizens of Charlottesville.” The two other statues he donated are of Lewis and Clark and George Rogers Clark. The Charlottesville Regional Center even named an award, the Paul Goodloe McIntire Citizenship Award, after him in 1975. 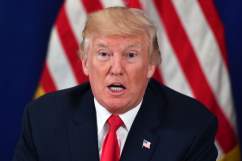 5. There Are Over 1,000 Confederate Monuments in 31 States, Including Some not Involved in the Civil War

Since the 2015 shooting of nine black churchgoers in Charleston, South Carolina by a white supremacist, city and state legislatures across the country have been rethinking their Confederate memorials. As USA Today noted in May, there are over 1,000 Confederate monuments in 31 states, including some that weren’t even involved in the Civil War.

For example, USA Today noted that there is the Confederate Memorial Fountain in Helena, Montana. But Montana wasn’t even a state at the time of the Civil War.

In addition, many of the monuments aren’t that old. University of North Carolina survey found that 35 monuments in the state have been built since 2000. WRAL reported that 70 North Carolina counties have at least one Confederate monument, and 17 have more than one.

Levar Stoney, the mayor of Virginia’s capital Richmond, said in a June press conference that he doesn’t want his city’s Confederate statues removed. Instead, he’d like to see historical context added. Richmond has five Confederate statues along Monument Avenue.

“Equal parts myth and deception, they were the ‘alternative facts’ of their time — a false narrative etched in stone and bronze more than 100 years ago — not only to lionize the architects and defenders of slavery, but to perpetuate the tyranny and terror of Jim Crow and reassert a new era of white supremacy,” the mayor, a 35-year-old African-American who previously worked for Governor Terry McAuliffe, said in June. However, he added that future statues should reflect the diversity of the city.

However, Stoney has since changed his position. On August 16, he tweeted that the Monument Avenue Commission will “include examination of removal and/or relocation of some or all confederate statues.”

Effective immediately, Monument Avenue Commission will include examination of removal and/or relocation of some or all confederate statues

Loading more stories
wpDiscuz
125
0
Would love your thoughts, please comment.x
()
x
| Reply
Charlottesville has attracted white nationalists from across the country because of its Robert E. Lee Statue, which the city council wants to remove.