Hurricane Harvey is just the latest hurricane to hit Texas. Although a hurricane hasn’t directly made landfall in Texas since 2008, the state has experienced its share of heartache from large hurricanes. Harvey is the fifth Hurricane since 2000 to make landfall in the Lone Star State.

Harvey continues to gain strength and is sizing up to be one of the most devastating storms in the state’s history. The latest models show it is now a Category 4 storm. The latest update from the National Oceanic and Atmospheric Administration predict maximum sustained winds of 125 mph, and 15 to 30 inches of rain over Southeast Texas. Isolated areas over the middle and upper Texas coast could see as much as 40 inches of rain.

Here’s a look at Texas’ history with hurricanes.

1. Harvey Is the First Hurricane to Make Landfall in Texas Since Hurricane Ike in 2008

Harvey is the first hurricane to make landfall in Texas since Hurricane Ike. That storm made landfall as a Category 2 storm in the early morning hours of September 12, 2008 after leaving a path of destruction through the Caribbean and Texas. One government report estimated that the Ike was directly or indirectly responsible for at least 74 deaths in Texas alone.

The most devastated part of the state was Bolivar Peninsula, which was completely changed. It is estimated that 62 percent of structures on the island were severely damaged. At least 15 people were killed, The Houston Chronicle reported.

Ike remains a powerful reminder of what hurricanes can do. Nine years later, officials are trying to build an “Ike Dike” to protect communities along the Texas Gulf Coast, similar to what The Netherlands has near Rotterdam. According to ABC13, a government report on the idea should be out by the end of the year. It’s estimated that it could cost up to $12 billion and construction might not start until 2023.

The 1900 hurricane that hit Galveston in 1900 remains one of the single worst natural disasters the U.S. has ever faced. According to a National Weather Service Report, the storm caused more deaths than any other hurricane to make landfall in Texas, killing between 6,000 and 8,000 people.

The Wireless Telegraph helped Texans learn about the path of the hurricane as it moved through the Caribbean, but most people in Galveston ignored the warnings. The NWS notes that the Weather Bureau’s Isaac Cline tried to warn people like Paul Revere, but still few people listened. When the people finally saw the storm approaching, they tried to flee, but it was too late. Less than 2,000 people who stayed on Galveston Island survived.

Texas has a low annual hurricane average. Since the 1850s, the state has never seen more than eight hurricanes per decade, and that only happened twice, in the 1880s and 1940s. In the 1990’s, there was only one hurricane to make landfall in Texas. 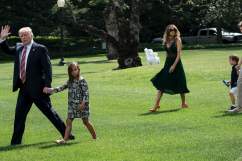 3. Texas Hasn’t Seen a Category 4 Hurricane Since Hurricane Carla in 1961

With Harvey making landfall as a Category 4 hurricane, it is the first to do so since 1961, when Hurricane Carla caused major damage in Port O’Connor and Palacios, Weather.com reports.

According to the NWS’ history of Texas hurricanes, Carla made landfall on September 11, 1961 in Port Lavaca. Although the death toll was thankfully limited to 46, an areas from Victoria to Dallas was left devastated. Twenty-six tornadoes were spawned from the storm and the Matagorda Island Air Force Base was almost completely destroyed. Seventy-five percent of Port O’Connor was gone. In total, Carla caused an estimated $408 million in damage in the Lone Star State.

Carla was one of only three hurricanes to make landfall in Texas during the 1960s. The other two were Cindy, which killed three people in 1963; and Beulah, which killed 15 in 1967.

Corpus Christi will get hit hard by Harvey, and has been hit by storms directly in the past. In 1916 and 1919, two hurricanes made landfall there. The 1916 storm killed 20 people, but the 1919 one killed 284. After that, Corpus Christi began taking hurricane preparedness seriously. By 1940, the city had its own seawall. The last storm to make landfall at Corpus Christi was 1970’s Celia, which killed 11 people.

4. After a Category 4 Hurricane Wiped It Out in 1886, the Port Indianola Became a Ghost Town

During the 1800s, a hurricane could be even more devastating. In fact, they wiped an entire town off the map, turning the bustling port city of Indianola into a ghost town.

Indianola was a chosen as a German immigration point and would later become a major port, second only to Galveston. But as the city continued to get battered by storm after storm, it began to decline. The NWS records four hurricanes that made landfall in Indianola in a 17-year span. The first one hit in August 1869. The next one hit in July 1874. Then another followed in September 1875, killing 270 people.

The 1875 storm was almost the final nail in Indianola’s existence. The New York Times reported at the time that almost the entire town was wiped away.

Indianola officials and citizens persisted though, rebuilding the town. However, unlike Galveston’s reaction to the 1900 hurricane, they didn’t build a seawall. The fourth hurricane in August 1886 turned out to be the city’s last stand. All the buildings that survived the 1875 storm were destroyed and all the houses left standing were unsafe to live in. Although some hoped to stay, the post office was shuttered in October 1887 and the town was officially considered “dead.” 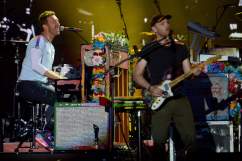 5. Although Texas Wasn’t Directly Hit by Katrina, the State Took in Thousands From Louisiana

GettyKatrina evacuees at the Houston Astrodome in 2005.

Texas avoided the worst of Hurricane Katrina, but it could not avoid being impacted by the 2005 storm. It was the costliest natural disaster in U.S. history, costing $108 billion in damage. A Louisiana government report determined that Katrina was responsible for 1,170 deaths in Louisiana alone.

Texas was also changed, as the city of Houston welcomed thousands of evacuees. The Texas Tribune reported in 2010 that as many as 250,000 evacuees went to Houston. A year later, 150,000 of them remained. Then-Houston Mayor Annise Parker told the Tribune that the evacuees who have stayed in Houston should be welcomed as Houstonians.

The Tribune noted that there was a myth that Katrina evacuees sparked crime waves in the cities they were moved to. A 2010 study found that an increase in homicides in Houston couldn’t be attributed to the new residents. San Antonio took in 30,000 evacuees, but it didn’t see a crime increase.

The Houston Astrodome also became the largest shelter the American Red Cross ever had. Texas Monthly noted that it served as a temporary home for 17,500 people. However, a 2015 Houston Public Media report estimated that 25,000 evacuees called the Astrodome a shelter.

“Some people didn’t have medication, a lot of people left their glasses, some people had no clothes,” Rick Flanagan, emergency management coordinator for Houston, told Houston Public Media in 2015. “They had no food to eat, they had no water to drink, they had no shower facilities. So all of those things that were in that particular category, we had to provide those things.” 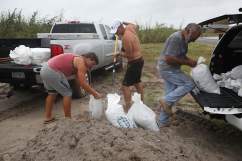 Loading more stories
wpDiscuz
1
0
Would love your thoughts, please comment.x
()
x
| Reply
Hurricane Harvey will be one of the most devastating storms to hit Texas. Here's a look at the state's history with hurricanes and where Harvey fits in.