Five days ago, a Twitter user named “Mike” who uses the handle Fuctupmind tweeted a violent meme that shows President Donald Trump hitting Hillary Clinton with a golf ball. On Sunday, Trump retweeted the meme himself.

Fuctupmind is a Trump supporter who has tweeted about conspiracy theories, posted anti-Semitic remarks and uses a social network popular with the alt-right. Meet the latest Trump supporter the president retweeted.

Others are #ObamaGate and #SusanRice. These are references to former Obama National Security Advisor Susan Rice, who “unmasked” Trump officials last December after they met with the crown prince of the United Arab Emirates. CNN first reported on the details of why Rice unmasked the officials Thursday after Rice met with the House Intelligence Committee.

“She’s not supposed to be [unmasking], and what she did was wrong … and that’s just the tip of the iceberg,” Trump told Fox News. “I heard she admitted [to unmasking] yesterday.”

Conservative Twitter users have begun referring to this situation as “#ObamaGate.”

Fuctupmind also includes a reference to Seth Rich, a Democratic National Committee employee who was murdered in his Washington D.C. home. Although he was killed in an attempted robbery, his death has been at the center of right-wing conspiracy theories. 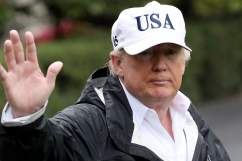 I've said in don't get triggered. However you're taking a threatening stance. I've asked you how many times to get out of my timeline? https://t.co/9VtPTNMSlI

Fuctupmind also wants Fox News to get rid of Shepard Smith, the high-profile anchor on the conservative-leaning network who has been critical of the President. He includes the hashtag #RemoveShepard in his bio.

The Twitter user also has #IStandWithHannity in his bio. This is a reference to Fox News anchor Sean Hannity. There was an effort to fire Hannity over the summer, especially as he supported the Seth Rich conspiracies. But these efforts failed and Hannity remains employed by Fox News.

Twitter will be mad at me, and not the guy in my timeline.

This is the same social network that has become popular with the alt-right and, as Slate points out, was also founded by Trump supporter Andrew Torba in August 2016.

A month after it was founded, BuzzFeed did a profile on the site, noting that Gab offers “almost-total free speech to its users.” The site even features Pepe the Frog, a symbol adopted by the alt-right, as a logo.

Last week, Gab sued Google after its app was pulled from the Google Play store. Google said the site violated its policy against apps that “advocate against groups of people based on their race or ethnic origin, religion, disability, gender, age, nationality, veteran status, sexual orientation, or gender identity.” 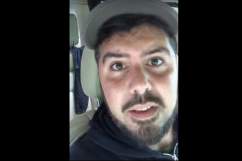 4. In 2016, Fuctupmind Tweeted ‘Please Get Rid of the Hasidic Jews’

In November 2016, Fuctupmind sent the above tweet. “Please get rid of the Hasidic Jews. They are the worst people on the planet. They have taken over areas in NY right by me,” he wrote.

Fuctupmind also praised Trump for calling out “Antifa,” the anti-fascist movement that has been violent. “President Trump finally calls out this hateful destructive group by its name,” Fuctupmind wrote. “Time to start prosecuting these animals.”

President Trump finally calls out this hateful destructive group by its name.

He also got into an argument this week with a Twitter user over police force. “I think if you’re OK with anyone discussing “killing cops”, in that sense, you should get the f**k out of my timeline,” he wrote.

I think if you're OK with anyone discussing "killing cops", in that sense, you should get the fuck out of my timeline. https://t.co/xVuWs9roHU 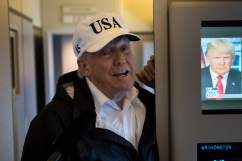 The mark there, is where the wheel hit a curb / pot hole.
There is ZERO puncture. That's an impact blow out.
The tire is old. pic.twitter.com/0qIH8Ggvl3

“The mark there, is where the wheel hit a curb / pot hole,” he wrote. “There is ZERO puncture. That’s an impact blow out. The tire is old.” In a later tweet, he added, “My final thought, is this tire was slashed, by something in the road, at about 15-25 miles an hour.”

Incredibly, the official Michelin Twitter page agreed with him:

It's hard to say what could have happened here. It looks like the tire is severely cracked. We'd recommend a tire inspection.

Loomer is best known for working with Project Veritas and James O’Keefe. She currently works for The Rebel Media.

Loading more stories
wpDiscuz
6
0
Would love your thoughts, please comment.x
()
x
| Reply
President Trump retweeted a Twitter user named Fuctupmind, who posted a violent meme of Clinton getting hit with a golf ball. Here's a look at his past tweets.