150 balloons filled with a cheap helium substitute in Kota, Rajasthan caught fire at a ceremony at the Allen Career Institute for engineering, injuring 15. The injured include 10 students and 5 teachers, all of the Allen Institute.

According to the Hindustan Times, the explosion occurred around 5:30 p.m. local time, when the balloons colored with Indian national colors were released on stage. The balloons collided with a light bulb and exploded. Sources say that the balloons were filled with acetylene, a highly combustible and reactive gas.

The injured were rushed to the city’s Government Medical College, but all were treated only for minor burns.

Acetylene is a hydrocarbon and the simplest alkyne and is manufactured with ethylene, which makes it highly explosive. It is a colourless gas with a pleasant odor that, according to Public Resource, can be highly volatile when subjected to heat or stress.

Acetylene has become more popular as the world helium supplies have dwindled. Helium is a non-renewable resource.

According to Forbes, “Once it is released into the atmosphere it becomes uneconomical to recapture it, and eventually, atmospheric helium will escape earth altogether because it is so light.”

Certain efforts have been taken to help preserve the earth’s helium reserves, but helium is expected to be gone in 25-30 years, reports the Independent. 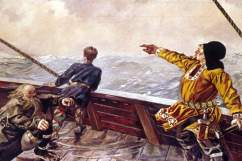