Senator Bob Corker’s net worth was estimated to be more than $45 million in 2014, according to the Center for Responsive Politics. In 2010, Fortune estimated his wealth to be between $40 million and $50 million.

That makes him one of the wealthiest senators in the country. He is also one of the few self-made millionaires in the Senate. Corker, 65, is a Republican senator from Tennessee and is chairman of the Committee on Foreign Relations.

CBS News puts his estimated net worth at $50.7 million and Ballotpedia estimated his average net worth to be $49.1 million in 2012.

Corker announced his retirement from the U.S. Senate in late September and now has come under attack by President Donald Trump, who took to Twitter on Sunday to criticize the senator, saying Corker begged for the president’s endorsement to run for re-election but “didn’t have the guts to run!”

Here are the tweets:

Senator Bob Corker "begged" me to endorse him for re-election in Tennessee. I said "NO" and he dropped out (said he could not win without…

..my endorsement). He also wanted to be Secretary of State, I said "NO THANKS." He is also largely responsible for the horrendous Iran Deal!

…Hence, I would fully expect Corker to be a negative voice and stand in the way of our great agenda. Didn't have the guts to run!

Bob Corker gave us the Iran Deal, & that's about it. We need HealthCare, we need Tax Cuts/Reform, we need people that can get the job done!

Corker was considered as a running mate for Trump in the 2016 presidential election. After meeting with Trump at Trump Tower in New York, the longtime senator said he was withdrawing his name from consideration.

“I’ve always thought that I’m better suited for other kinds of things and I think most people who know me agree with that,” Corker said, according to POLITICO. “I do want to say I had a remarkable day there yesterday and you know, the Trump family is most impressive.”

Corker has decided to retire from the U.S. Senate after 10 years in office. In a 2010 interview with Esquire magazine, he said he started working at the age of 13 “picking up trash, bagging ice.”

1. Corker Founded a Construction Company When He Was 25 Years Old

Proud @EPB_Chattanooga is playing an important role in the modernization of our country's power grid and was glad to attend today's event. pic.twitter.com/GljHiQ7SDX

Bob Corker worked at Western Auto and then became a construction laborer, according to an interview with Esquire magazine. He said he managed to save $8,000 and start his own construction company, Bencor, when he was 25 years old.

Bencor did small jobs like paving drive-ins for Krystal burgers stands, but according to Fortune, the company “soon was riding the ’80s Southern construction boom.”

“The company grew at 80 percent a year to 18 different states,” Corker told Esquire. “We did things in slightly different ways, and I think that experience created a confidence in my ability to think outside-the-box and execute.”

According to his official Senate biography, Corker graduated from the University of Tennessee in 1974 with a degree in Industrial Management. He and his wife of 30 years, Elizabeth, live in Chattanooga, Tennessee and they have two daughters, Emily and Julia, and one grandchild. Corker’s father was an engineer for DuPont, according to Forbes.

“About the time I was 28 to 29, I knew that I was going to be financially independent,” Corker told CityScope magazine.

Bob Corker sold the construction division of his company in 1990, according to the Associated Press. He then began buying up real estate and in 1999 he purchased two of the largest real estate companies in Chattanooga. He sold most of his properties early in 2006 as he prepared to run for the U.S. Senate.

“It’s that results-driven businessman’s perspective that allowed him to make a mark early in his Senate tenure and become a pragmatic thought leader on fiscal and financial issues,” his Senate bio reads.

But the real estate market was beginning to crash and Corker was worried, according to an interview with Fortune:

Corker, then 37, had bought a major downtown office building and within months was leaking cash. “I had to wake up every day and smile and act like nothing was wrong,” he recalls. Within 18 months, he’d gotten his financial feet on the ground.

3. After a Trip to Haiti, Corker Created a Nonprofit Called Chattanooga Neighborhood Enterprise

When Bob Corker was 30 years old, he went on a mission trip to Haiti with his local church, according to the Greeneville Sun.

The church’s mission was to help to upgrade housing in the poor nation.
“When he returned to Chattanooga, his hometown, the Haitian experience opened his eyes to the need for better housing for Chattanooga’s poor,” the Greeneville Sun reported.

That trip inspired Corker to launch a non-profit called the Chattanooga Neighborhood Enterprise, to bring the lessons he learned in Haiti to his hometown. The non-profit made at least $280 million in improvements.

“This trip really affected me in a deep way,” he told reporters after returning to Haiti in 2007.

Corker was then appointed commissioner in 1995 of the Tennessee Department of Finance and Administration. He was elected Chattanooga mayor in 2001.

All members of the U.S. Senate receive an annual salary of $174,000 a year. Bob Corker was sworn into the Senate in January 2007. According to ABC News, Corker donates his entire Senate salary to charity.

In 2015, Corker amended his financial disclosure forms to Congress that included millions of dollars to his net worth, according to The Hill.

In a statement, Corker said the “filing errors” were an “oversight.”

“I am extremely disappointed in the filing errors that were made in earlier financial disclosure reports,” he said, The Hill reported. “After completing a full, third-party review, we have corrected this oversight.”

The Wall Street Journal said Corker failed to report nearly $4 million in income from commercial real estate holdings between 2007 and 2014.

In 2000, Corker bought the Anne Haven Mansion, which was originally built by Anne Lupton and Frank Harrison, heirs to the Coca-Cola Bottling Company, according to The Chattanoogan.

5. Corker Is an Investor in Sweetgreen, a Fast-Casual Restaurant Launched in Washington, D.C.

the wait is over georgetown –– our new location is officially open at 1044 wisconsin ave. feels good to be home. pic.twitter.com/oAhPki1qWa

Bob Corker invested at least $50,000 in Sweetgreen, a popular lunch spot launched in the Georgetown neighborhood of Washington, D.C. 10 years ago, according to Congressional Quarterly.

The fast-casual restaurant now has 72 locations across the country, including California, Illinois, Massachusetts, New York, Maryland, Pennsylvania and Virginia. 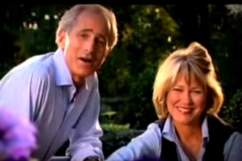 Read More
Bob Corker, Donald Trump, Tennessee, U.S. Senate
Follow Heavy ↓
Sen. Bob Corker, a Republican from Tennessee, is retiring from the U.S. Senate after 10 years in office. Here's what you need to know about his net worth.