President Donald Trump has accused Rep. Frederica Wilson, a Democratic congresswoman from Florida, of lying about a conversation he had on Tuesday with a war widow.

Wilson said the president called Myeshia Johnson, the wife of Army Sgt. La David Johnson, who was killed during a military operation in Niger earlier this month along with three other soldiers on October 4. She said Trump told Johnson that her husband “knew what he signed up for … but when it happens, it hurts anyway,” according to ABC Local 10 News in Miami.

ABC News reported that Trump referred to Johnson as “your guy” during the phone call.

“He did not even know La David Johnson’s name. He kept referring to him as your guy. He never called his name. So that was even more painful,” Wilson said.

In a tweet on Wednesday morning, President Donald Trump said Wilson “totally fabricated what I said.” He also said he has “proof” but did not elaborate on what that was.

When asked about what proof he had, Trump told reporters at the White House on Wednesday: “Let her make her statement again and then you’ll find out.”

In the end, Trump admitted he did not have any tapes of their conversations.

…whether there are "tapes" or recordings of my conversations with James Comey, but I did not make, and do not have, any such recordings.

White House Chief of Staff, a retired Marine Corps general who lost his son in Afghanistan in 2010, said he was “stunned” by Wilson’s accusation.

The Fake News is going crazy with wacky Congresswoman Wilson(D), who was SECRETLY on a very personal call, and gave a total lie on content!

Rep. Frederica Wilson was first elected to Congress in 2010. She is a Democrat who represents Florida’s 24th Congressional District, which includes an area from Miami to Miramar.

She serves on the House Committee on Foreign Affairs and the Committee on Science, Space and Technology. In May 2015, Wilson was appointed to the advisory council of then-President Barack Obama’s My Brother’s Keeper Alliance.

She has also been active in fighting to release women and children kidnapped by Boko Haram in Nigeria. According to her official bio, she created “Wear Something Red Wednesdays,” a weekly photo opportunity and press event with congressional leaders and lawmakers to help keep the spotlight on the issue.

Her mantra in Congress is “jobs, jobs, jobs.”

3. Wilson Is Known For Her Trademark Hats

Rep. Frederica Wilson is often seen sporting a colorful hat. But when she was elected to Congress in 2010, she learned that a rule bars hats from being worn on the House floor inside the U.S. Capitol.

According to Roll Call:

While we expect Wilson to become the Hill’s newest fashionista — for better or worse, depending on who you ask — she likely will have to ditch her trademark headpieces while she’s on the House floor. Although there isn’t a specific dress code, hats have been banned on the floor since September 1837. Even the late Rep. Bella Abzug (D-N.Y.) couldn’t sport her trademark broad-brimmed hats when she served during the 1970s.

Politifact reported that Wilson has been wearing her trademark hats for decades and owns hundreds of them.

4. Wilson Has Appeared on ‘The Real Housewives of Atlanta’

Phaedra Parks, pictured above, traveled to Washington, D.C. to participate in the 20th anniversary of the Million Man March. She met with Rep. Frederica Wilson during her trip. The two are longtime friends, according to Parks.

Here’s a recap of the episode from Entertainment Weekly:

Phaedra spends most of her time in the episode trying to make herself seem like a big deal and saying things like, “One of my friends in the White House introduced me to congresswoman Wilson,” anyway, so there’s not much time for her go too off the mark. Said congresswoman, Frederica S. Wilson founded the 5000 Role Models of Excellence Project that Phaedra hopes to model her own organization after. She’s also a bit of a character — in their meeting she’s wearing a sequined red cowboy hat, a rhinestone studded American flag bow tie necklace, and says things like, “People really do not like African-American boys.”

5. Wilson Gained National Attention for Her Comments on Trayvon Martin

Trayvon Martin was shot and killed in Florida in 2012 by George Zimmerman, who claimed self defense and was acquitted, causing a national uproar.

In a powerful speech on the House floor, Wilson gained national attention with her remarks on the shooting.

“Mr. Speaker, I am tired of burying young black boys,” she said. “I am tired of watching them suffer at the hands of those who fear them and despise them. I am tired of comforting mothers, fathers, grandparents, sisters and brothers after such unnecessary, heinous crimes of violence.”

On the second anniversary of Trayvon Martin’s death, Wilson said she was committed to fighting Stand Your Ground, a Florida law that allows people to use force to protect themselves from a threat and claim self-defense.

“Today, we honor Trayvon’s memory and stand in solidarity with his family. On the second anniversary of his death, we also think about ways to prevent such a tragedy from ever happening again,” she said in a statement.

“While sold to Florida legislators as a pragmatic fix to help victims of domestic violence to defend themselves, Stand Your Ground has incited violence and gross abuses of civil rights,” she said. “I am working with the Florida legislature to reform, revise, or repeal the Stand Your Ground law. I am also working in Congress to design sensible incentives for states to take these dangerous statutes off the books.” 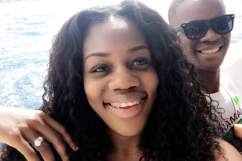 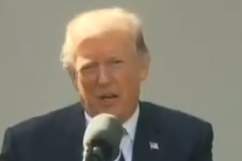 Read More
Congress, Donald Trump, Military
wpDiscuz
0
0
Would love your thoughts, please comment.x
()
x
| Reply
President Trump has accused Rep. Frederica Wilson of lying about a conversation he had with the wife of a fallen soldier. Here's what you need to know.