Tony Podesta, co-founder and president of The Podesta Group stepped down on Monday after the announcement of two federal grand jury indictments in the Russian investigation being led by special counsel Robert Mueller.

The longtime powerhouse lobbying firm is based in Washington, D.C., and has been reportedly named in the unsealed indictments of former Trump campaign manager Paul Manafort and his business associate Rick Gates. Manafort and Gates have pleaded not guilty. Trump campaign advisor George Papadopolous pleaded guilty to making false statements to federal agents about contacts with Russian nationals.

1. CEO Kimberley Fritts Will Take Over at The Podesta Group

Kimberley Fritts, longtime CEO of The Podesta Group, will be put in charge after company co-founder and chairman Tony Podesta stepped down on Monday. Fritts joined the company in 1995, according to her official bio. Her first big project for the firm was to create a TV content ratings system. “Bringing together 26 moguls from across the entertainment industry, the White House, trade associations and other third party interests, Kimberley led the unprecedented charge to produce a system of guidelines that today arms parents with clear information about the content and age-appropriateness of the programs their children are watching,” he bio says.

Fritts is former Southern Political Director for the Republican National Committee and has worked for former Florida Governor Jeb Bush and former Senator Connie Mack, both Republicans. She is from Mississippi and graduated from The George Washington University in Washington, D.C.

2. The Podesta Group Was Founded in 1988 By Brothers John and Tony Podesta

The Podesta Group was founded in 1988 by brothers John and Tony Podesta. John Podesta left the company in 1993 and has since served as former chairman Hillary Clinton’s 2016 presidential campaign, counselor to former President Barack Obama and chief of staff for former President Bill Clinton.

The Podesta Group has dozens of clients across the globe, including Wal-Mart, BP and Lockheed Martin. “Our team was recruited from the halls of Congress, the State Department, the press, the diplomatic corps, international law firms, and think tanks. We know the issues that make or break international engagement,” The Podesta Group website says.

According to OpenSecrets.org, the company has reported $15.7 million in lobbying income this year.

3. The Podesta Group Is Reportedly Mentioned in the Indictments

NBC News: The identities of Company A and Company B in the Manafort indictment are revealed. w/ @JuliaEAinsley https://t.co/kRKONh9S3x pic.twitter.com/KmyuXXRLTj

Three unnamed sources told NBC News that The Podesta Group is one of two companies referred to in the indictments as “Company A” and “Company B.”

According to NBC News:

The indictment, unsealed Monday, refers to “Company A” and “Company B” as the firms Manafort and Gates solicited in 2012 to lobby on behalf of the Ukranian government. Company A is Mercury Public Affairs and Company B is the Podesta Group, the sources said.

Manafort organized a PR campaign on behalf of a nonprofit called the European Centre for a Modern Ukraine. Podesta Group was one of several firms that were paid to do work on the PR campaign to promote Ukraine in the U.S.

4. The Podesta Group Led a Major Campaign To Promote the Golf Industry

The Podesta Group began working on a campaign to promote the golf industry after the 2009 recession. According to the lobbying firm’s website:

When the 2009 economic stimulus program excluded golf facilities from receiving federal aid and a string of political ads ran depicting golf as a shameful way for candidates to spend their time, several major players from across the golf industry, including the PGA of America, came to the Podesta Group to help them level the playing field for the industry and reduce a stigma that was leading to unfair treatment by federal lawmakers.

The company formed the We Are Golf coalition with the core message that golf is “more than just a game.” The campaign reached 13 million people online and, at its peak, 500,000 people in a half-hour span, it said.

Tony Podesta is stepping down as the head of his powerhouse lobbying firm, The Podesta Group. https://t.co/5Cpa8JuGBx

The couple divorced in 2014, according to The Washington Post. 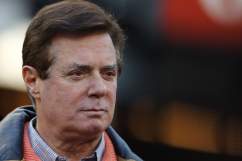 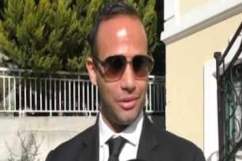 George Papadopolous Admits to Lying to the FBI About Russia: Documents

Loading more stories
wpDiscuz
0
0
Would love your thoughts, please comment.x
()
x
| Reply
Tony Podesta stepped down from The Podesta Group on Monday amid the announcement of three formal indictments in the Russian investigation being led by special counsel Robert Mueller. Here's what you need to know.