Police said Kelley was wearing tactical gear and a ballistic vest as he started shooting a weapon from outside of the church. He kept firing as he walked into the church, taking aim at parishioners who were attending a worship service.

After the shooting, Kelley fled the area in his vehicle, and a citizen grabbed his own weapon pursued him through Guadalupe County. He was found deceased inside the vehicle after he crashed. It’s not yet known if he shot himself, or if he was shot by those chasing him.

You can follow updates on the shooting by going here. The shooting is the deadliest mass killing at a house of worship in modern U.S. history.

Pomeroy has long been been the pastor of the church, giving sermons frequently to members. Many of his speeches are available online in podcast form.

Here’s what you need to know about Pomeroy and his church:

1. Pomeroy’s Teenage Daughter Was Killed in the Shooting

Pomeroy told ABC News that his 14-year-old daughter, Annabelle Renee, was among the dead. He described her as a “very beautiful, special child.”

Pomeroy told the news outlet that he was in Oklahoma when the shooting took place. He’s typically at the church on weekends, so it was a rare occurrence that he wasn’t there. Many of the other victims are his close friends, he said.

Frank’s wife, Sherri Newman Pomeroy, posted a photo of her daughter hours after she was identified as one of the deceased.

Other photos on her Facebook page include a few featuring Frank and Annabelle throughout the years.

Frank has been married to Sherri for over 30 years. According to a Facebook post, they got married in 1985 and have other children and grandchildren.

Frank Pomeroy and one of his grandchildren.

The First Baptist Church schedule says there was an ongoing worship service that started at 11 a.m. when Kelley walked into the church and opened fire.

A gas station employee across the street from the church told ABC News that she heard shots ring out for about 15 seconds and took cover as chaos erupted.

“We heard several shots and we all started running inside the store,” the employee said to the news outlet. “It lasted about 15 seconds. I yelled, ‘Get down! Get inside!’ and we all went into hiding.”

The church is located just off of U.S. Highway 87 West. Its mission on Facebook says the church seeks to to “honor and glorify God by: Studying his word, sharing his gospel, praying for his guidance, and doing his will not ours.”

A small group of people were seen outside the church following the shooting, many holding hands and saying prayers for the victims.

Families in tears wait to see if their family and friends are safe. Praying for the safety of all those involved. pic.twitter.com/yjzK7lZJ1S

Others on social media expressed shock to the news of the shooting, and many sent condolences to the church. Pastor Rod Parsley called for people to send their prayers to to Pomeroy and the church’s congregation.

Praying for Pastor Frank Pomeroy and his congregation at First Baptist Church Sutherland Springs, Texas, 40 miles east of San Antonio. During their service this morning, one gunman entered the church, and "multiple victims" were shot and multiple were killed according to the Sheriff. The gunman is reported dead by authorities. #PrayForTexas

Hundreds of people have taken to the church’s Facebook page, writing tributes in lengthy review posts.

“I hope the members of the church read these nice comments and know that the world grieves with them in this awful time and it helps gives them some comfort,” Facebook user Mike Soke wrote.

2. Pomeroy Appears in Many Videos on the Church’s YouTube Channel

The First Baptist Church has a YouTube Channel where it posts videos of worship services and events. Pomeroy is in many of the videos speaking to the members and giving sermons about issues in our society and how to involve God in their lives.

The last video uploaded to the channel was on October 29, when Pomeroy gave a sermon about how “you don’t need training wheels, you need Christ.” He brought a motorcycle into the church to serve as a visual aid as he spoke.

One week before the shooting, Pomeroy told parishioners to “lean on the Lord” when things don’t exactly make sense.

“Trust in the Lord with all your heart and do not rely, or lean, on your own understanding,” he said. “You see God’s understanding is far greater and there may be things that are taking place that you don’t understand but you still need to do what God’s calling you to do.”

Weekly services at the church are typically attended by as many as 50 people, a member of the church noted on social media. On its website, they invited people to attend one of its many services or events or participate online.

We would love for you to join our church! In the mean time, please listen to our services on-line. They are powerful messages inspired by God!

The church also has a youth group that’s comprised of teenagers from 7th through 12th grade. It offers a variety of courses, including how to deal with everyday situations, drama class and music.

“The youth are also involved in many outreach and community service activities such as visiting a local nursing home, running a concession stand, helping neighbors clear property after a storm and participating in our church workdays,” its website states. “We meet every Wednesday at 7:00 PM, Thursday at 7:00 PM and Sunday at 9:45 AM. Come as you are. We are looking forward to meeting you!” 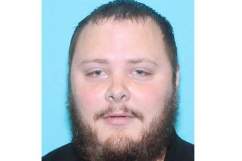 3. Many of Pomeroy’s Sermons Are Uploaded Online as Podcasts

Pomeroy hosts a weekly podcast where he talks about issues in society and reads Bible verses. The podcast was created in July 2005, and the most recent episode was uploaded October 15. In it, he talks about “When to Call a Witch or Spiritualist.”

“Any time we choose to not wait on God for the answers we seek in our lives we are swindling ourselves out of the blessings that God intended for us,” Pomeroy wrote in the episode’s description. “Let us remove the barriers between us and God and patiently listen for His answers to our life questions. His answers will never swindle us. Love Never Fails.”

Pomeroy has served on the South Central Baptist Area’s Steering Committee for the last three years alongside other religious leaders in the area.

In an October 8 sermon, Pomeroy encouraged people to forgive those who he refers to as “witches” and not look down on others.

We need to stop and remember that all things were created by Him and for Him before we start condemning and hurting others for our own convictions. There are some things we should speak out against, yet many of the things we condemn others for are really our own pet peeves, not God’s. Pray before you speak this season and let’s remember that we are to build the Kingdom of God, not drive people away. 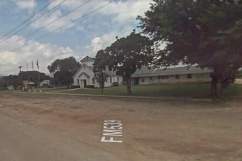 Pomeroy doesn’t appear to have a personal Facebook account, but his wife frequently posts photos with him. She posted one in May 2016 that shows that her next to her husband, who’s in a cap and gown holding a degree from Texas State University.

In December 2014, Sherri boasted that her husband was on the dean’s list at the school with a 4.0 grade point average.

In addition to leading the church, Pomeroy has officiated weddings and presided over funerals that are held in the church. Many events are hosted by the church throughout the year, including Christmas celebrations and gatherings. On occasion, Frank has donned an apron and cooked food for parishioners.

Frank Pomeroy wears an apron while speaking to a parishioner.

On October 31, the church hosted a fall festival, and an “Old Fashioned Thanksgiving Feast” was scheduled for the upcoming holiday.

5. The Church is Located East of San Antonio

Sutherland Springs is an unincorporated rural town in northern Wilson County, Texas. Its reported population in 2000 was 362 people. It’s about 40 miles east of San Antonio.

President Donald Trump tweeted that he was briefed on the situation and was monitoring it while in Japan on his trip across Asia.

The U.S. Bureau of Alcohol, Tobacco, Firearms and Explosives said special agents from its Houston and San Antonio offices are responding to the shooting and assisting in the investigation. No motive has been identified yet, and officials said there’s no evidence suggesting Kelley was part of a terrorist organization.

The church shooting comes a little over one month after a gunman in Las Vegas opened fire on thousands of people gathered at a concert across from his hotel room. Fifty-eight people died and over 500 others were injured in what was the deadliest mass shooting in U.S. history. 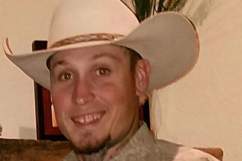 Now you can read this story in Spanish in our sister site AhoraMismo.com: 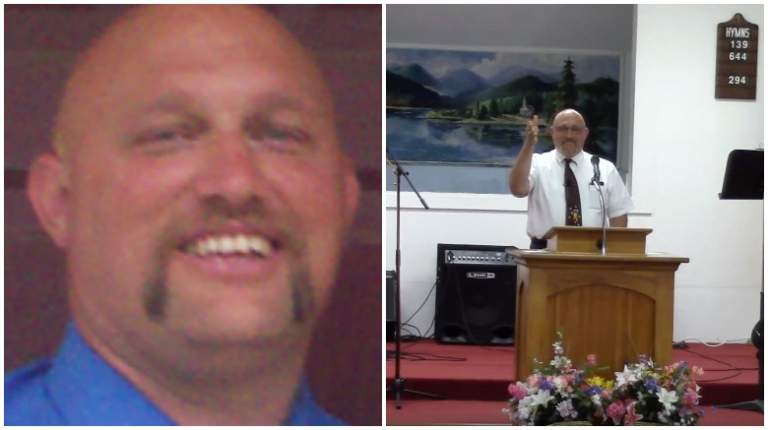 Loading more stories
wpDiscuz
0
0
Would love your thoughts, please comment.x
()
x
| Reply
Frank Pomeroy is the pastor at First Baptist Church in Sutherland Springs, Texas, where multiple people were shot during a service on Sunday.