Each year on November 28, people across the United States celebrate French toast day by whipping up favorite French toast recipes or eating French toast at their favorite restaurants. French toast is a fried egg and bread combo that, although its name would suggest otherwise, predates the founding of France.

Professional chefs, home chefs and others will be celebrating the traditional breakfast dish on Tuesday, November 28 in a variety of ways, including finding the best deals on French toast, trying out the newest French toast dishes at different restaurants and cooking their very own French toast recipes or following a good one that can be found online.

French toast has been called a variety of names throughout its long history including eggy bread, German toast, poor knights’ pudding and Bombay toast. Even with all of these name variations, French toast has been made with the same ingredients as far back as the recipe goes. The ingredients always include egg, milk or cream and bread and is often served with sugar or syrup and fruit.

Here’s what you need to know about National French Toast Day 2017:

1. IHOP Has a Livestream Parade Scheduled

“Welcome to the first annual IHOP National French Toast Day Parade! Sit back, relax and let the drooling commence,” the post reads, followed by a video link that says IHOP plans to go live tomorrow. From the link, fans of French toast and breakfast aficionados can set a reminder for the parade so they don’t miss out on any of the action.

IHOP has a large selection of French toast items on their menu, so it’s possible that the parade will showcase these recipes in order to get hungry guests to come into their restaurants to get some much-needed French toast tomorrow around dinnertime. The restaurant also announced the return of the original stuffed French toast, which was retired from the menu after 13 years and had become one of the most requested items in the brand’s history.

the judges have rated this gift a 10/10 pic.twitter.com/GytjTdTWIu

It’s not out of character for IHOP to debut so much to celebrate National French Toast Day. Each year on National Pancake Day, the chain offers free pancakes to their guests.

3. You Can Find Deals at Several Locations

Though the deals on National French Toast day may not be as widely spread as the deals on other national food holidays that we’ve celebrated this year, there are still deals to be found if you know where to look for them.

House of Blues Restaurant & Bar in Las Vegas is offering complimentary specialty coffee to any guest that purchases the new vanilla bourbon French Toast. Breakfast is available at the restaurant from 7 a.m. to 12 p.m. on November 28.

Farmer Boys Breakfast, Burgers & More is also celebrating National French Toast Day. The restaurant chain is offering French toast for $3.99 at select locations. To get the offer, visit Farmer Boys’ Facebook page and click on this post for a printable coupon.

Pizza King has a deal for 50 percent off any French Toast Breakfast at certain locations during their breakfast hours on National French Toast Day.

4. French Toast is Not Actually French

Though the name would suggest otherwise, French toast is not from France. According to a collection of recipes, titled Apicius, that were developed in the 5th century AD, the dish we are celebrating was around as early as the age of the Roman empire. The recipe is for a dish called Pan Dulcis. To make Pan Dulcis, Romans soaked bread in milk and sometimes egg and then fry it in oil and butter.

That may be the oldest mention of French toast, but it also shows up later in England before it ever showed up in France. In the 15th century court of Henry V, a version of the recipe called “pain perdu,” which translates to “lost bread,” was a culinary hit. It was called lost bread because the recipe called for soaking old or stale bread in a milk and egg mixture and then frying it. The French still call French toast Pain perdu today.

According to contradictory legends, the modern French toast was invented by a New York innkeeper named Joseph French. His dish was created in 1724 and advertised it as “French Toast” because he’d never learned to use the apostrophe “s” that would have made the recipe “French’s Toast.”

5. There are Different Preparations Around the World

A post shared by American Slang Brasserie (@americanslangbrasserie) on Nov 27, 2017 at 11:06am PST

French toast in the United States is typically prepared with an egg and milk mixture, but French toast recipes around the world vary from that preparation. For example, the traditional French toast, called Pain perdu in France, uses thick slices of day-old bread that are soaked in a sweetened, vanilla custard mixture and then fried in butter. The toast is generally topped with powdered sugar, whipped cream or berries.

In China, French toast is prepared differently as well. Hong Kong-Style French toast is made by coating slices of bread in 2 beaten egg yolks and then frying that bread with many cubes of butter. After the breadis fried, it’s topped with a large cube of butter and drizzled with condensed milk or golden syrup. 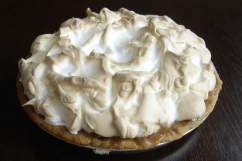 Loading more stories
wpDiscuz
0
0
Would love your thoughts, please comment.x
()
x
| Reply
We found the deals so you don't have to.