An off-duty Brazilian police officer holding a gun in one hand and clinging to his young son in the other boldly gunned down two suspected armed robbers in an incident caught on surveillance video.

The video, which has gone viral, shows Rafael Souza shooting two gunmen that entered a pharmacy on Saturday afternoon. According to the Daily Mail, the officer took matters into his own hands straight away.

One of the two men has been identified as 24-year-old Jefferson Alves. He and the other suspect, identified as 22-year-old Italo Creato, had apparently intended to rob the Bifarma in the center of Campo Limpo Paulista, while Souza was in the store with his wife and their young son, according to the Independent.

Police said Alves and Creato entered the pharmacy “wearing hoods and wielding guns.” At one point, Alves pointed his gun at Souza, who identified himself as a cop. Things escalated quickly from there, police said.

The off-duty officer can be seen in the video drawing his pistol and firing at a suspect at short range. Souza can be seen moving around the pharmacy while holding his young son in his arm, and firing at the suspects. Both robbery suspects were killed, police said.

The whole thing was caught on the pharmacy’s surveillance camera. You can watch the CCTV footage below.

Warning: The video below contains graphic content that may be disturbing to some viewers.

“Sgt Souza, of the 49th Metropolitan Battalion, said that the suspect intended to shoot him so he reacted. He pulled his gun and shot one of the assailants at point blank range before he pursued the other man. His wife screamed as she reached out for the baby while cowering below shelves,” reports the Daily Mail. You can see Souza handing the baby to her at the end of the video.

By the time police and paramedics arrived at the scene, both gunmen were dead. Reports did not indicate whether or not anyone else was hurt in the incident, however, the baby appeared uninjured as he was taken into the arms of his mother.

So far, there have been mixed reactions to the above video. Many people have been calling Souza a “hero” and believe that he may have saved many lives by his quick-thinking. Everything happened in a matter of seconds, not giving Souza much time to plan his actions. Even still, many people are surprised that he began engaging with the two suspects while still holding his child.

“He should have left the kid somewhere safe,” wrote one YouTube user.

Interestingly enough, this isn’t the first time that a cop was involved in a shooting while holding a child. According to RT, there was another incident in Brazil back in 2014 in which an off-duty police officer was attacked while holding his baby daughter in his arms. That officer was able to save his daughter’s life, but he actually dropped her on the ground.

“In 2014, an off-duty officer in Campinas, Sao Paulo, was attacked while holding his three-month-old daughter. The cop was forced to drop the baby, but was able to shoot and later apprehend the criminal. His daughter sustained only minor injuries,” RT reports. 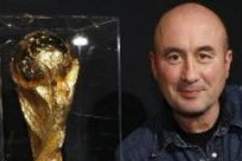