He is currently being held without bond, according to court records.

Heavy spoke with the mother of Kitts and grandmother of Willa, who said Atchison knew the family for many years and even referred to her as “mom.” She is now fighting for the alleged killer to receive the death penalty.

1. Police Say He Confessed to Slitting the Throats of the 2 Adults & Shot the Little Girl to Death

Harley Million and Samara Kitts are shown here with their beloved daughter.

Butler County authorities found the bodies of the three victims the morning of January 29.

Citing autopsy results, Wayne County Sheriff Dean Finch said Million and Kitts throats had been slashed and their little girl had been shot in the head.

Court documents state that when detectives interviewed 24-year-old Atchison, he admitted to being at the family’s home on January 25 and subsequently confessed to killing the three victims.

Deputies say the self-confessed killer revealed that he had murdered the couple while he was at their home.

2. Police Say He Left the Toddler Alone in a Room With Dogs Overnight Before Killing Her, & Then Buried Her Underneath Trash & Blankets With Her Parents

Police said after Atchison killed Million and Kitts he put their bodies into the bed of Million’s truck. He then went back inside of the home and shut the toddler in a room with dogs so she couldn’t get out before leaving and driving back home, according to authorities.

The following morning he went back to the family’s home where he allegedly destroyed evidence at the crime scene.

Authorities say the suspect then put the little girl inside of Million’s truck before driving to a wooded area. He then allegedly threw the knife and hid the bodies of Kitts and Million underneath blankets and trash.

Court documents state that Atchison then retrieved the girl from the truck, shot her to death and buried her body beneath the trash and blankets alongside her parents.

Deputies say Atchison threw Million’s vehicle registration into a river and drove the vehicle to his home, where he parked it underneath a carport. He then allegedly attempted to conceal the truck by covering it with tarps.

Authorities found the bodies of the family on private property near Highway JJ and County Road 417 in Butler County.

3. The Victims Hadn’t Been Heard From in Days & Police Found Bloodstains in the Bed of Million’s Pickup Truck

The sheriff’s office received a report of the victims being missing on January 28 after they had not been heard from in days.

According to a probable cause affidavit obtained by The Washington Post, authorities had discovered Million’s pickup truck with bloodstains in the bed of the vehicle days before the bodies were found.

When they arrived at the home, police found evidence at the rear of the home indicating a possible homicide.

4. Kitts’ Mother Is in Shock, & Is Hoping Atchison Receives the Death Penalty

FacebookKitts and Million appeared to be a happy couple.

Heavy spoke with Christa Kitts, the mother of Samara and grandmother to Willa, who said she is in shock that someone she treated as a son could commit such a heinous crime.

“He [Atchison] used to call me mom…he was here at my granddaughter’s first birthday party with his daughter,” Christa told Heavy. She continued:

He was here a lot. He was even just here for Thanksgiving. My daughter and Harley have known him since they were teenagers. They were good friends and he came from a good family, a really good family. His mother is a grade school teacher…she was my youngest daughter’s favorite teacher. I feel horrible for his family, I really do.

Christa believed Atchison had gotten into drugs “sometime back” and said her daughter and Million “had no part of it.”

“They were still kind to him and let him in,” she said, adding that she believed the suspect may have been into crystal meth. “But they told him he is not to come around when he’s high and they want nothing to do with that part of his life.”

While Christa said she was told Atchison’s toxicology report came back clean, she told Heavy “that’s hard to believe.”

“I was told that’s why he killed them,” Christa stated. “Completely senseless. He just went crazy when they told him he and two other women couldn’t move in.”

Christa told Heavy that she would like Atchison “to pay to the fullest extent of the law.”

“I want him to get the death penalty, that’s what we’re pushing for,” she told Heavy.

The woman said the one thing that brings her peace is that Kitts, Million and Willa will be buried together in one casket on Million’s family’s land. All three funerals are being paid for by an advocacy group and will be held together, she stated.

In addition to losing Samara, Christa tragically lost her youngest daughter about five years ago when a heart transplant failed.

“Samara was my only other child, Willa my only grandchild,” she said. “I’m in absolute shock and I’m devastated…I always watch crime shows and say to myself ‘how could someone dump someone’s child like that,’ and then look what happened to me.”

Kitts was together with Million from the age of 14, according to Christa.

“They were together for that long, and guess what? They only ever broke up for two hours,” she stated. “They were perfect together.”

A friend of the victims and Atchison is also in a state of shock, and said the community is in need of prayers. Jordan Rothenberger described the slain couple as loving people who touched many people’s lives, and said she never expected Atchison to “turn out to be a monster.” She told Heavy:

Drew was a well-spirited person. He always was kind when I was around him. He was always joking and making everyone laugh…I just never thought he would turn out to be a monster. His mother was one of my junior high school teachers as well as to Samara’s little sister. His mother is a kind person. He grew up in a nice family and his siblings were always kind. I couldn’t confirm if he had been using drugs but from what everyone has said he was a crystal meth user.

Samara and Harley were great parents and very well-liked by the community and touched many lives. It’s tragic to see such good people leave this world too early due to tragic events. I wish peace to their close friends and family and I send my deepest sympathies. It’s not easy losing one person in general but three is almost more then the heart can bear. We as a community just need prayers in general.

5. The Case Is Being Handled by the General Attorney’s Office

Due to the sensitive nature of the case, the sheriff stated that the case is being referred to the Attorney General’s Office where additional resources will be provided.

Authorities indicated that since the alleged murders took place in such a small community, they fear a jury’s verdict could be affected.

Finch said Atchison did not enter a plea when he appeared in court on January 31. His next scheduled court date is February 15 for an attorney status update. 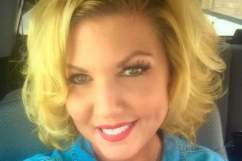 Loading more stories
wpDiscuz
0
0
Would love your thoughts, please comment.x
()
x
| Reply
Police say Drew Atchison confessed to slitting the throats of a couple he was former friends with, and shooting their toddler daughter to death in Williamsville, Missouri.