A lawyer who worked with now-indicted former Trump campaign officials has been indicted by Special Counsel Robert S. Mueller III on charges he lied to federal investigators. Alex Van Der Zwaan was indicted for making false, fictitious and fraudulent statements to the FBI and the Special Counsel related to his work as attorney with Skadden Arps, Slate, Meagher & Flom, a global law firm, on behalf of the Ukraine Ministry of Justice. Here are the court documents outlining the felony case against Van Der Zwaan.

It has also been widely reported that Van Der Zwaan was being looked at by the DOJ since at least 2013.

There’s been a ‘notice of appearance’ filed in the case by David E. Mills, of law firm Cooley LLP on behalf of van der Zwaan. Mills described himself as “deeply committed to protecting my clients in court, before regulatory agencies and in government investigations.”

Here’s what you need to know about Alexander Van Der Zwaan now:

According to Forbes, German Khan’s Alfa Group is the largest Russian financial and industrial investment company. Khan is worth $10 billion.

Khan and his Alfa partners sold a half stake in his former oil company, which was aligned with BP, to Russian state-owned oil company Rosneft for $28 billion, Forbes said, and Khan pocketed more than $3 billion in cash. Khan once said ‘The Godfather’ films were his “manual for life”.

The firm has 22 offices, some 1,700 lawyers in scores of practice areas. Skadden Arps, Slate, Meagher & Flom “serves clients in every major international financial center, providing the specific legal advice companies across a spectrum of industries need to compete most effectively in a global business environment.”

3. Paul Manafort Arranged for Skadden & Van Der Zwaan to Be Hired by the Ukraine Ministry of Justice

According to the Kyiv Post,Van Der Zwaan was part of the firm’s legal team looking into the imprisonment of Yulia Tymoshenko. The Kyiv Post reported last November that Van Der Zwaan’s Skadden firm bio described his role in the Ukraine matter as “serving as a rule-of-law consultant to the Ministry of Justice of Ukraine and writing a report on due process issues associated with a high-profile prosecution.” It was reported that his father-in-law Khan served as go-between for Ukrainian officials and Van Der Zwaan. The New York Times reported last fall that Skadden was “shaken” by ties with Paul Manafort after it was revealed DOJ wanted to take a closer look at former Trump campaign manager Paul Manafort’s Ukraine work.

Andrea Manafort married Christopher Shand in 2015. Andrea Shand worked for the law firm from 2012 until October of 2016, right before the US 2016 election, according to her LinkedIn page.

Van Der Zwaan’s LinkedIn bio has been removed from the site.

Manafort and Gates are accused of keeping their work for Ukraine under wraps and money laundering, according to the October 2017 indictment. Manafort departed the Trump campaign when it was revealed he’d been working for Yanukovych.

A month after the Manafort and Gates indictments, on Nov. 17, 2017, when interviewed by FBI and Special Counsel agents, Van Der Zwaan said his last communication with Gates was in mid August of 2016 and his last communication with “Person A” was in 2014. Mueller says he lied: “… as he there and then well knew and believed (that) on or about September 2016 he spoke with both Gates and “Person A” regarding the report and surreptitiously recorded the calls and, he deleted and otherwise did not produce emails sought by the Special Counsel’s office …” 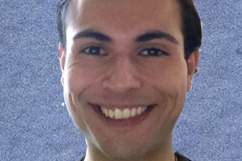