Anthony Stephan House was killed after a package arrived at his home and exploded on March 2.  House, 39, lived in the Harris Ridge neighborhood of Austin, Texas. A package that arrived at his home in the early morning hours contained a device that exploded when the package was opened.

House was rushed to a nearby hospital in critical condition and was pronounced dead an hour later, according to Fox News.

Since House’s death, there have been two more explosions in Austin, both on Monday, March 12. According to authorities, all of the packages have been hand-delivered to the front doors of people’s homes. Police are looking at surveillance video in the neighborhoods in hopes of being able to identify a suspect.

A GoFundMe page has been set up in an effort to raise money for House’s wife and daughter. You can visit the page here.

1. Two More Explosions in Austin, Texas, Are Connected, According to Police, Who Say These Could Be ‘Hate Crimes’

When House was first killed following the package explosion, police in the area told residents not to be alarmed, as they believed that the incident was isolated.

“I think that if people are expecting a package and go out there and find one, then that’s probably the package they were waiting for, but if you were not and your gut is telling you something is wrong, you certainly can call the police department and we can start the process of figuring out where that came from. Having said that, I do not believe that we have someone going around leaving packages like this,” Assistant Chief Joseph Chacon with the Austin Police Department said during a press conference at the time.

However, since that first explosion on March 2, two more explosions have occurred in the Austin, Texas, area, both on Monday, March 12. According to police, one more person has died — a teenager whose name has not been released — and at least one woman has been hospitalized with life-threatening injuries.

Police are wondering if these incidents are hate crimes.

“We don’t know what the motive behind these may be. We do know that both of the homes that were the recipients of these packages belong to African Americans, so we cannot rule out that hate crime is at the core of this. But we’re not saying that that’s the cause as well,” Austin’s police Chief Brian Manley said during a press briefing on Monday.

According to NBC Dallas-Fort Worth, a 75-year-old woman who was badly injured on March 12 is of Hispanic decent. Her injuries are said to be “potentially life-threatening.”

2. Police Originally Wondered if House Had Constructed the Device Himself, But Have Since Ruled That Out

When House died, police wondered if it was terror-related. In fact, police initially wondered if House had been making a bomb and it detonated inside his home by accident. The death was initially called “suspicious,” but is now being treated as a homicide.

“Right now, we’re trying to determine how did the package get there and who was the intended target? We do feel that this was targeted at somebody. We’re still trying to figure out whether that was the individual who died or not,” Chief Joseph Chacon explained earlier this month. “Anytime we have a bomb go off like that and somebody dies, the first thing people think is terrorism. While we cannot completely rule it out at this point, we do not believe that terrorism is a motive in this death,” Chacon added.

Heavy talked with Norrell Waynewood, a man identifies himself as House’s brother. Waynewood said that local authorities “attempted to frame” House, accusing him of “possibly producing the weapon that killed him.” Waynewood also said that the incident occurred in front of House’s daughter while he was “preparing to take her to school.”

3. He Graduated From Texas State University & Worked as a Project Manager at Texas Quarries

House graduated from Texas State University – San Marcos in 2008. He obtained a bachelor of business administration from the university.

According to his Facebook page, House worked as a senior project manager at Texas Quarries, a company that supplies Texas limestone to clients all over the United States. House has held this position since 2015. According to his LinkedIn page, he had worked on projects for companies including Toyota One north American Headquarters, UT Education and engineering School,
and UT Robert Rowlin Hall.

Before that, House worked as a senior project manager at ETBC Contractors Inc.

4. He Is Survived by His Wife & an 8-Year-Old Daughter

Waynewood told Heavy that House was the proud father of an 8-year-old daughter whom “he loved more than life.” He also said that House was happily married to a woman who works as an elementary school teacher.

House was the president of the Home Owners Association in his neighborhood, according to Waynewood.

“I love you Brother. You will Rest In Peace I will do all to ensure it. I may need your help now and again [though]. I will take care of Mom and your family, my family,” read a caption on a photo showing House and Waynewood together.

He also shared information about the funeral services for House, which were held on Saturday March 10, at Austin Peel & Son Funeral Home.  An obituary for House was not available.

Waynewood posted a news story about the explosions in Austin and told another Facebook user that “the first [victim]” was his brother. 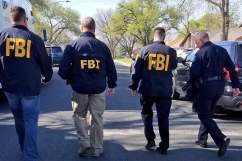 Loading more stories
wpDiscuz
0
0
Would love your thoughts, please comment.x
()
x
| Reply
Anthony Stephan House was killed in Texas when a package he received exploded. The 39 year old had a degree in business admin and worked at Texas Quarries. Here's what you need to know.