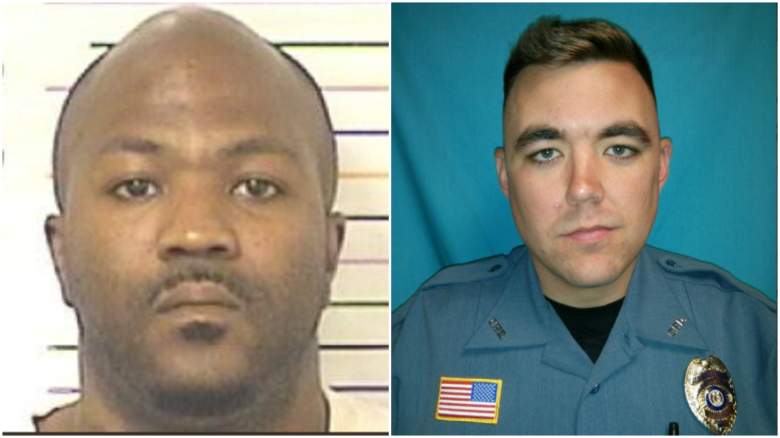 James Waters engaged police with gunfire after the officers arrived at his home by an apparent mistake.

Three Clinton, Missouri police officers were shot, one fatally, after being sent to the wrong address when responding to a frantic 911 call.

37-year-old James Waters has been identified as the suspect who shot the three responding officers.

The officers were responding to a 911 call made by two women whose screams were described as “frantic.” The 911 dispatch center apparently made a mistake and sent the officers to the wrong city, according to authorities.

Christopher Ryan Morton, 30, was identified as the officer who was killed in the line of duty by the suspect. The other two officers sustained non-life threatening wounds, authorities said.

Officers arrived at the home of Waters approximately five minutes after the call came through.

The three officers were subsequently shot by Waters and began to engage the man.

Waters was found deceased after barricading himself inside of the residence, according to police. Waters’ cause and manner of death was not known at the time of publishing.

Heavy spoke with sources who were familiar with the Waters.

1. Authorities Were Responding to the Wrong Address When Waters Opened Fire

At approximately 9:20 p.m. on March 6, the Clinton County 911 call center received a call with two women frantically screaming in the background, Missouri State Highway Patrol Sgt. Bill Lowe told reporters at a news conference. When Morton and two other officers responded to the call, they were met with gunfire at the Waters’ residence. Lowe stated early Tuesday morning:

The 911 dispatch center apparently made a mistake and sent the officers to the wrong city, Lowe said. That mistake ended up being deadly.

The officers were supposed to have been sent to an address in Windsor, which is about 25 miles from where the call originated.

The apparent tragic mistake is being investigated, said Lowe at a 5 p.m. press conference Wednesday.

2. Waters Previously Served Prison Time, & a Woman at the Home Was Arrested on a Methamphetamine Charge

According to court documents, Waters has had multiple run-ins with police and served several stints in prison.

He was convicted of crimes including robbery in 1999, drug possession in 2009 and the latest charge of resisting arrest in 2013.

A woman who at the home, 37-year-old Tammy Widger, was charged on Wednesday with maintaining a public nuisance and possession of methamphetamine with intent to deliver, Fox News reported.

Henry County Prosecutor Richard Shields said it was too early in the investigation to tell if the charges against Widget were directly correlated with the deadly shooting.

3. A Source Familiar With Waters Described Him as ‘Ordinary’

A source, who asked to remain anonymous, lived down the street from Morton and told Heavy the suspect’s home was a “known drug house.”

Melinda Nelson, whose daughter lived only a couple of doors down from the suspect, said Waters appeared “ordinary.”

“They kept up with their yard and did some landscaping,” Nelson told Heavy.

4. Another Clinton Police Officer Was Killed Exactly 7 Months Prior

Lowe stated at a press conference that “seven months to the day” prior to Morton’s killing, another officer was killed in the line of duty.

Officer Gary Michael was killed during a traffic, initiating a manhunt for suspect Ian McCarthy.

Prosecutors are seeking the death penalty against McCarthy. 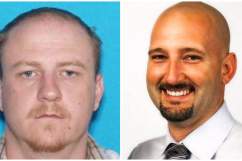 5. Morton Was Described as a Kind Person, & Served the Department Since 2015

Clinton, MO, Police Officer Christopher Ryan Morton, served with distinction for the citizens of Clinton as a full-time Police Officer from 2/12/2015 until 1/10/2017. He stayed with the department as reserve officer until he returned again to full time duty 9/24/2017. #ClintonPD pic.twitter.com/3XCzgL5kUK

Friends described Morton as an officer and friend who had a big heart, and who was always willing to help others.

“Idk what to say right now,” Justin McCoy posted to Facebook. “I’m heartbroken. I just woke up to news that one of my lifelong friends was shot in the line of duty last night. Christopher Ryan Morton was an amazing person with a huge heart. Always in a great mood and would do anything for anyone. You will truly be missed my friend.”

“I am at a loss for words right now,” Brittany Seabaugh stated. “Christopher Ryan Morton was one of the nicest guys I have ever had the pleasure of knowing. Always could count on him to be there to talk when you needed it. Please keep his family and friends in your thoughts and prayers.”

“Idk what to say right now,” Justin McCoy wrote on Facebook. “I’m heartbroken. I just woke up to news that one of my lifelong friends was shot in the line of duty last night. Christopher Ryan Morton was an amazing person with a huge heart. Always in a great mood and would do anything for anyone. You will truly be missed my friend.” 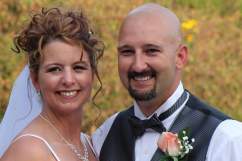