A man accused of beating up two boys who ding-dong ditched him in Queen Creek, Arizona, was arrested the evening of May 5, according to the Maricopa Sheriff’s Office.

22-year-old Johnathan Larocque is facing charges including aggravated assault after allegedly punching one of the boys to the ground before chasing a second boy and punching him unconscious. The suspect then reportedly dragged the unconscious young boy to his garage where he beat him so badly that he suffered a broken bone in his face and a severe concussion requiring hospitalization.

Heavy spoke with family members of the boy who was hospitalized, who said the kids involved were between 12 and 13-years-old.

1. The Boys Were Ding Dong Ditching When Larocque Allegedly Went After Them 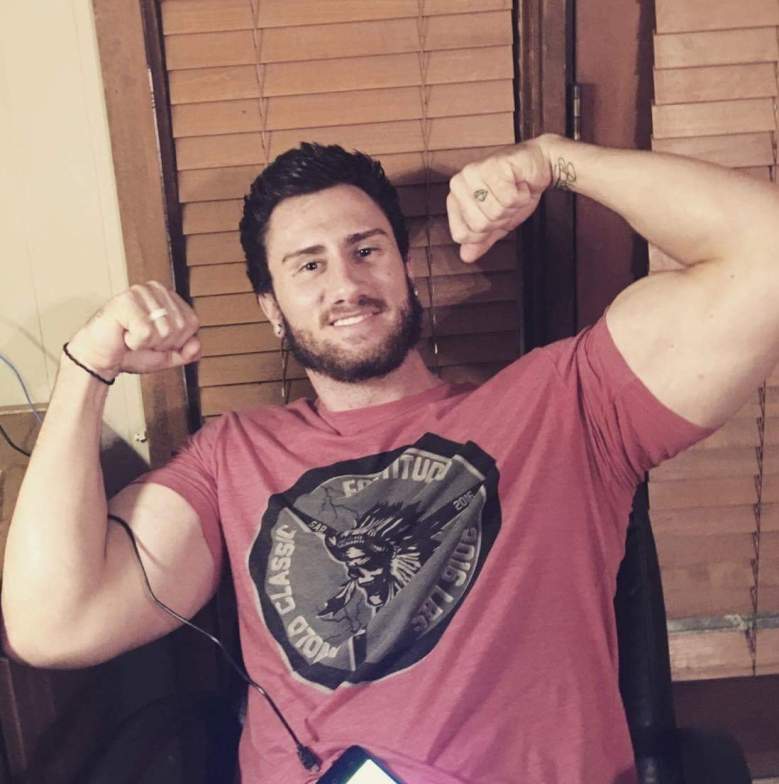 Authorities said on Saturday night, multiple children were ringing doorbells and then running away near Ellsworth Road and East Riggs Road, a common game among youth known as ding-dong ditching, azfamily.com reported.

After the boys rang Larocque’s doorbell and then ran in a seemingly innocent teenage prank, the suspect allegedly took off after them, punched one to the ground, and chased the other.

“The boys were all ding-dong ditching in the neighborhood, during one of the boy’s birthday parties,” a family member of the boy who was hospitalized told Heavy.

The boy who was initially punched to the ground was able to call 911, authorities said.

2. He Allegedly Dragged One of the Boys to His Garage, Breaking a Bone in the Teen’s Face & Causing a Severe Concussion, & Doctors Said He’s ‘Lucky to be Alive’

FacebookJohnathan “Jon” Larocque is accused of beating one of the teens so badly a bone was broken in his face.

Heavy spoke with a cousin of the boy who was hospitalized. The woman, who asked to remain anonymous for safety reasons, said her cousin is now home but on a “careful watch.” She would like people to know that despite some reports, her cousin was not hiding in the man’s garage, but rather merely ran as is normal procedure in ding-dong ditching.

The woman continued with the following statement, on behalf of family members:

When Jon Laroque, came out of the house, which is actually owned by his father, most the boys ran…one other boy got hit…and then this psycho Jon dragged the second boy back into his garage after beating him unconscious. And he continued beating him, this defenseless, lifeless 13-year-old boy! One of the dads found the second boy walking back toward his friend’s house, but his concussion was so severe he doesn’t remember anything about the incident. At least not yet.

He was beaten not only in the face and head, but is bruised all over his back and ribs. A doctor told his parents he was amazed he didn’t have more broken bones than just in his face. And the doctor said he is VERY lucky to be alive.

One of the cousin’s young family members plans on cheering up the hurt boy with a Build-a-Bear he made especially for him, using a gift certificate received as a Christmas present from Santa. “Mom, can I use my gift card to build him a bear? Because I think he needs someone to hold him and hug him,” the boy told his mother.

The family has set up a GoFundMe campaign.

A GoFundMe campaign has been launched to assist family members with medical bills and legal fees. The page states:

Naidem is a fun loving, happy go lucky 13 year old boy who was out goofing off with his friends on Saturday, May 5th. They decided to go doorbell ditch a couple of houses (we know this was wrong, no need to tell us) when a 230 lb, 6’4″, 22 year old MAN named Jon who was so upset about it, that he took Naidem into his garage and beat him until he was unconscious.

Naidem has a severe concussion, broken ribs, facial fractures, and a long road to recovery.

His father, Casey, is my cousin, and one of the nicest people you will ever know, and his children are the same way.

They will have extensive medical bills, and legal fees ahead of them to ensure that this creep will never hurt anyone again.

Every penny of this campaign will go to Naidem. Please help if you can.

According to authorities, in addition to the two aggravated assault charges, Larocque could be facing other charges as well.

The investigation is ongoing, and will help determine what other charges may be appropriate, the Maricopa County Sheriff’s Office said.

“He was unconscious. He wasn’t aware of where he was that whole night,” the father of the hospitalized boy told AZfamily.com. “In the hospital, they had to do CAT scans, they found he had a major concussion, broken bone in the face. He’s a psycho that’s not normal human behavior to act like that.”

4. This Isn’t His First Run-In With the Law

According to Arizona court records, this isn’t Larocque’s first run-in with the law. In 2016, the man faced several drug-related charges, as seen in the above screenshot. In court records the man’s name is spelled as “Jonathan,” vs. “Johnathan” being used by those close to the story and other media outlets. On his since deleted Facebook profile, the suspect went by the name Jon Larocque.

Larocque was already on probation at the time of the incident, which has since been revoked, according to court records.

5. The Story Is Going Viral, & Many Took to Social Media in Order to Voice Their Outrage

Many have taken to social media to voice their outrage towards the incident, including Lance William Speroni who stated: “Be on the lookout for this POS, his name is Jon Larocque. This happened at Ellsworth and Riggs. News flash on, someone bigger and badder will always come along. I hope you get yours in prison.”

This man could be facing kidnapping charges on top of assault. Dragging him into his garage/home is considered that way according to law. I worked with a guy who did this to an adult that vandalized his house and bc he caught and dragged him into his house he was sentenced to 5 years in prison. (This was to an adult. I wonder what charges he’ll get for doing this to a minor). What a tool. If he does serve time and the other inmates find out why he’s in there, I’m sure he’ll get what’s coming to him. Inmates don’t take any form of assault
lightly when it comes to minors or women. Karma will get him eventually.

“Wtf I get that it can be kind of annoying but you don’t beat a child senseless for it!,” exclaimed Mary Beth Gomez. “We did it as kids!” 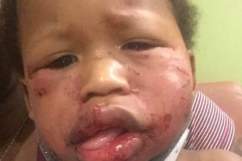 Loading more stories
wpDiscuz
0
0
Would love your thoughts, please comment.x
()
x
| Reply
Johnathan "Jon" Larocque is accused of brutally beating a boy to the point of breaking a bone in his face and giving him a concussion after kids ding-dong ditched his home.