A 17-year-old Texas student was arrested Wednesday on terrorism charges for what federal and local authorities was a plan for a mass shooting at a shopping mall.

Police said Matin Azizi-Yarand had a manifesto and had pledged allegiance to ISIS.

The Plano high school student’s plan was foiled by a joint counter-terrorism operation. The supporting affidavits for the warrant for the arrest of the teen detail the ongoing conversations between Azizi-Yarand and an undercover federal agent and confidential source that maps out a planned mass shooting at a Texas shopping mall this month.

The affidavits show Azizi-Yarand was “arrested for soliciting others to join him on mass shooting spree” and also showed he talked about wanting initially be a “lone wolf.”

1. The FBI Says a Plano Texas High School Student Planned a Shopping Mall Mass Shooting, Not a School Shooting, in a ‘Message to America’

Police said Matin Azizi-Yarand, 17, a student at the Plano West Senior High School in the Plano Independent School District was planning a mass shooting spree, but not a school shooting.

In a letter to parents obtained by local media, Joseph L. Parks, executive director of safety and security services for the district confirmed the arrest on the campus of the Plano West Senior High School by the FBI and Plano Police Department but added that the arrest, executed without incident, and the charges the student, whom he does not name, faces have nothing to do with the school, the district, or any student.

Police say the plan called for a mass shooting at Stonebriar Centre mall in Frisco, Texas.

Azizi-Yarand, being held on $3 million bond, will be charged with criminal solicitation of capital murder and making a terroristic threat, according to Collin County District Attorney Greg Willis. Willis’ statement says the charges are made on behalf of the FBI, Frisco Police Department, and Plano Police Department.

At the time of arrest, Azizi-Yarand sent more than $1,400 to others for the purchase of weapons and tactical gear., authorities said. Azizi-Yarand had “written and planned to disseminate his ‘Message to America’ explaining the reasons for his attack,” Willis said.

If convicted, Azizi-Yarand faces up to life in prison for criminal solicitation and up to 10 years in prison for making a terroristic threat.

3.The Affidavits Spell Out What Azizi-Yarand Told an Undercover FBI Agent About His Plans

Heavy is still combing the 16-page affidavit which describes in detail the communication between Azizi-Yarand and an FBI ‘confidential human source’ (CHS) and later an undercover FBI agent, about his desire to “conduct a terrorist attack within the United States.” The communications began last December and lasted up until April 28. On April 30, the warrant was issued for his arrest.

Azizi-Yarand and the CHS communicated via a mobile messaging app. Azizi-Yarand said ‘look at all the other lone wolves. What training did they have? Yet they simply killed the kuffar? The brothers in Europe, the brother in Spain, the brother in New York,? Had no military training. It’s not about numbers it’s about getting a message across to these (target) countries …it’s dangerous though …we have to be careful some have gotten arrested. So we good, brother?”

Azizi-Yarand said he had planned to wait until he was 18 (November 22,2018) so he could purchase a rifle legally but said, “I swear I want to achieve Allah’s pleasure and kill the kuffar.” He said he’d “been reading ISIS magazine guides for performing operations and making bombs.”

But on December 22, he sent the undercover a two-page document authored by Columbine High School shooter Eric Harris that “contains detailed instructions on how to build pipe bombs.” Azizi-Yarand sent a “link to a video which he described as “showing how to stab …make a bomb.”He told the undercover that he should “skip about halfway if you just want to see the bomb making; (the) first half is knife attacks.”

The FBI undercover asked Azizi-Yarand where he found these types of materials and he said through magazines, which the agent said in his training and experience are published by Al Qaeda.

According to the affidavits, Azizi-Yarand told the FBI agent that “it is not about how many (you) kill but how much money you will make these countries spend in security” adding that “a high number will get their attention.” The documents detail the depth of Azizi-Yarand’s plans.

“I’ve played some scenarios in my head. I don’t plan to go in blind,” he is quoted as saying. And in the detail of how the mass shooting and potential bombing would go at the mall, he said, he’d like to see a police officer “surrender and drop his gun and then douse him with gasoline and burn him an record it.” 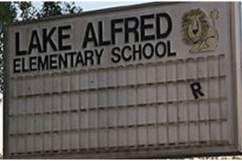 4. The Case Against Azizi-Yarand, Made by the FBI, & Frisco & Plano Police Departments, Will be Prosecuted Locally

KUDOS to the FBI’s Joint Terrorism Task Force, @PlanoPoliceDept & @FriscoPD for their outstanding investigation & arrest of Matin Azizi-Yarand. Another example of the great collaboration between all of North Texas law enforcement who work to keep us safe. Absolutely well done! https://t.co/9Lh3Dt7skP

Under Texas state law, if convicted, Azizi-Yarand faces up to life in prison for criminal solicitation and up to ten years in prison for making a terroristic threat.

“We are fortunate that the brave men and women of local and federal law enforcement work around the clock to prevent acts of terrorism and mass shootings,” Willis said in a statement where he thanked the FBI’s North Texas Joint Terrorism Task Force and the Frisco and Plano police departments for their “vigilance in protecting the citizens of Collin County.”

5. The FBI’s North Texas Joint Terrorism Task Force Special Agent-in-Charge Says he’s ‘Not Aware’ of Other Threats Related to the Case. Meanwhile, Many Are Reacting to the News of the Arrest & Charges Against Azizi-Yarand

“The FBI’s North Texas Joint Terrorism Task Force was able to successfully work with local, state, and federal partners to apprehend an individual who intended to do harm within the city of Frisco, Texas. The FBI is not aware of any additional threats associated with this arrest. The American people can take comfort in knowing that we continue to work diligently to protect and defend the United States and to ensure the safety of the communities we serve,” said Eric K. Jackson, FBI Dallas Special Agent-In-Charge.

I never knew my best friend would do such a thing. This is… this is pretty heavy on me. I think I might take a break on videos for awhile so I can think. I just can’t believe this. I’m just so sad. https://t.co/mT2CKxXuJq

Others commented on the closeness of the threat.

Thank you to all efforts by law enforcement, the FBI and other entities involved in apprehending this individual before he was able to carry out this horrific plot. Goes to show just how close to home this threat really is. https://t.co/qQgbFRGYYq

In (my) local news, this happened:
A local teen was foiled from carrying out a terrorist attack on a Mall.
Yay.https://t.co/OA3RQtfKnF

Well this is terrifying. https://t.co/4HSwu2zHo9

On Azizi-Yarnand’s Facebook page, while not set to public, it appeared he had not posted in a while, what he did post were memes so it gives little clues about the teenager. What appears to be his Instagram is set to private. And there are a number of Twitter accounts with his name or names that resemble his.

Local news media spoke to Azizi-Yarnand’s father who said his son was a good kid and student and the father had “no clue” what his son may have been involved in.

NEW: Father of potential mass shooting suspect Matin Azizi-Yarand tells me he had "no clue" what his son was involved in & called Matin a "good kid" & "good student." https://t.co/IOxrYwWbC6 @DianaNBC5 has latest at 4p on @NBCDFW pic.twitter.com/K7ETqMudSw