A Florida woman is accused of beating her mother to death in a fight over her inheritance. 53-year-old Gabriela Perero told police she was enraged that her mother, identified as Luisa Perero, had left her out of the will. Investigators say Perero confessed to attacking her 85-year-old mother and described violent details before they had even left the house.

1. Gabriela Perero Described Destroying Items in the House Before Unleashing Rage on her Mother

Daughter accused of beating mom to death after learning she was left out of will https://t.co/3RiexX1Q9e pic.twitter.com/0S6wSJcuBQ

On July 12th, Gabriela Perero told the responding officers she was angry that her mother was planning to leave her out of the inheritance. She had been living with her mother and taking care of her, and was upset that she would not receive anything in return. Perero described attacking items around the house first, breaking picture frames and rummaging though paperwork.

According to the police affidavit, Perero then directed her anger at her mother. Her first name was spelled with an “e” in the arrest report.

“She described that she violently pushed her mother onto the floor and grabbed her by the arms and ‘ripped her skin off.’ She also described forcefully grabbing her mother with both hands around her neck with a squeezing/choking motion. Gabriele Perero stated that while she was attacking her mother she screamed ‘You destroyed my life so I’m going to destroy you.'”

2. Perero Told Police She Then Washed Her Mother, Put Her to Bed, Then Called 911

Perero explained to police that her mother’s head was bleeding after pushing her to the ground, as detailed in the arrest paperwork. She walked Luisa to the bathroom, cleaned off the blood, then put her to bed. Perero then called 911 to request medical attention for her mother.

First responders from Fort Lauderdale Fire Rescue were first on the scene. They had been told a woman was experiencing chest pains. But when they got there, they saw Luisa Perero “with trauma on her body consistent with beating type injuries.”

Luisa Perero was rushed to Broward Health Medical Center in critical condition. Doctors observed that the skin on both of her arms were torn and she lacerations to the back of her head. The victim was initially declared dead, but regained a pulse. The police affidavit states that Luisa was “in a coma with a brain bleed on life support.” She died the next day.

View this document on Scribd
Gabriela Perero identified herself as the daughter of the victim when fire rescue arrived. The affidavit states, “She made several spontaneous utterances that she had become enraged and attacked her mother causing the injuries.”

Officers from the Fort Lauderdale police department were next on the scene. They asked Perero what had happened. According to the criminal complaint, officers did not have to persuade the suspect to talk. “Gabriele Perero immediately stated, ‘I guess I’m going to jail. I beat up my mom.’ She then continued spontaneously uttering ‘I pushed her down, grabbed her, and tore the skin off her arm.’ She also stated, ‘I did it all’ and ‘I don’t want her to die.'”

After hearing this, police put handcuffs on Perero and put her in a squad car. The officers say she continued to talk, saying “I killed my mom” and “I’m sorry.” They also overheard her complaining about the inheritance issue, that her mother was giving everything “to her siblings and not her who cares for her.”

View this document on Scribd
Police at first charged Gabriela Perero with attempted murder. But that charge was increased to premeditated murder after her mother was declared dead. She is also charged with aggravated battery on a person over age 65. Both of these charges are first degree felonies in Florida.

Perero is being held at North Broward Bureau, where she will remain for the foreseeable future. Bond was denied and there are no hearings scheduled yet.

First degree murder is a capital felony in Florida. If convicted, punishments include life in prison without parole or even the death penalty. In a premeditated murder case, prosecutors need to prove and show evidence that the defendant took actual steps to plan to kill.

View this document on Scribd
Investigators will no longer hear directly from Perero. In paperwork filed July 18th, she expressed her desire to exercise her Miranda rights and remain silent. She will be represented by a public defender. But according to the Broward County Clerk of Courts, a defender has not yet been appointed.

The police affidavit states that Perero was read her Miranda rights upon driving at the Fort Lauderdale police department on the night of her arrest. She then submitted to a recorded interview. 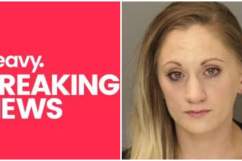 Read More
5 Fast Facts, Crime
Florida woman Gabriela Perero is accused of beating her mother to death during an argument over her inheritance.