The founder and chairman of the popular pizza chain Papa John’s John Schnatter has resigned from the company, after apologizing for using a racial slur during a conference call in May. Papa John’s said in a statement that a new chairman will be appointed “in the coming weeks.”

The latest incident happened during a role-playing exercise with the marketing agency Laundry service. The training was meant to help prevent future public relations crisis, like the one that happened in the fall of 2017. Schnatter faced intense criticism for a comment he made about NFL players kneeling during the national anthem. He said the players’ protest was hurting Papa John’s sales during games and that the league should have done more to stop it. Schnatter stepped down as CEO in January.

Forbes is reporting that on the May conference call, Schnatter was asked about how he could create distance between himself and racist groups online. His response was: “Colonel Sanders called blacks n—–s,” referring to fast food chain KFC. He complained that Sanders never faced backlash. The parent company of KFC has not commented on Schnatter’s remark.

A source told Forbes that Schnatter also discussed his background growing up in Indiana. He said that he remembers people in his community killing black people by dragging them from their trucks. The source said that Schnatter apparently intended to demonstrate that he despises racism, but that multiple people involved on the conference call found his remarks offensive. The owner of Laundry Service, Casey Wasserman, reportedly has decided to end the company’s contract with Papa John’s in light of this incident.

Schnatter sent out a statement to company members confirming that he had in fact used the n-word. The statement reads, “News reports attributing the use of inappropriate and hurtful language to me during a media training session regarding race are true. Regardless of the context, I apologize. Simply stated, racism has no place in our society.”

1. Schnatter’s Pizza Franchise Has Earned Him Hundreds of Millions of Dollars 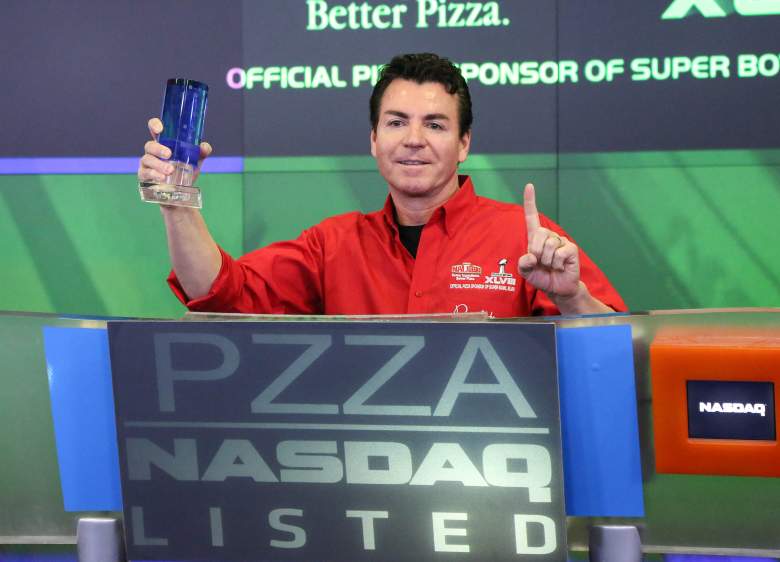 Schnatter’s net worth is estimated at $900 million. In early 2017, his value stood at about $1 billion.But the value of his stock dropped substantially amid the scandal with the NFL, which lowered his net worth.

His wealth has accumulated from the successful expansion of his pizza empire. There are more than 5,000 Papa John’s restaurants spread out across the globe. There are locations in all 50 states and at least another 37 countries. According to the company website, the franchise employs more than 23,000 people. It is the third largest pizza chain in the United States behind Domino’s and Pizza Hut.

Papa John’s went public in 1993. Schnatter owns about 30% of the company’s stock, making him Papa John’s largest shareholder. And he has cashed in on that immensely, as Papa John’s has been consistently increasing its net profits since at least 2013. In 2017, the estimated net revenue was $1.78 billion.

2. Schnatter Lives in a Mega Mansion in Kentucky

There are mansions. There are mega-mansions. And then there is John Schnatter’s palace in Anchorage, Kentucky, a suburb of Louisville. According to a 2012 report, the house is about 40,000 square feet!

Schnatter has faced scorn for the home’s opulence over the years. Critics pointed to the house as clear evidence that Schnatter would have no problem affording health care coverage for all Papa John’s employees. he had complained about the extra overhead costs the Affordable Care Act was forcing on his company.

3. Schnatter Is One of the World’s Most Recognizable Company Leaders

Before stepping down earlier this year, Schnatter was one of the only CEO’s in the country to act as his company’s advertising spokesperson. He has appeared in dozens of commercials over the past three decades. Anyone who watches TV is aware of his signature slogan: “Better ingredients. Better pizza. Papa John’s.”
However, that is soon going to change. Papa John’s board now says Schnatter will be removed from all marketing materials.

The commercials have maintained a consistent look over the years. Schnatter is typically shown in the kitchen, sometimes with an apron, making the pizza.

The theme of this 1998 ad was to compare Papa John’s to Pizza Hut.
Papa John's Commercial – Pizza Hut Dare – 1998This video is provided for archival purposes and will be removed if requested as all rights are retained by the copyright holder. Please subscribe to my channel.2016-06-12T04:20:32.000Z

4. Schnatter Started His Pizza Career as a Delivery Boy

Schnatter was born November 23, 1961 in Jeffersonville, Indiana. According to Business Insider, he’s been a fan of pizza since high school, when he worked at Rocky’s pizza and sub shop. Schnatter helped pay for his education at Ball State University by working at a restaurant called Greek’s Pizzeria.

After college, Schnatter expanded on his love of pizza while working in his father’s bar. He decided to sell his beloved vehicle, a 1971 Camaro Z28, in order to buy $1,600 worth of equipment. He morphed a broom closet into a pizza-making operation, and made deliveries himself. That start-up eventually grew to become Papa John’s.

5. Papa John’s Got Its Name and Logo From Someone in Schnatter’s College Dormitory

Marketing teams can spend hours on end pouring over logo ideas and debating which phrases to use in advertising slogans. But John Schnatter got the idea for his restaurant’s name completely free of charge.

In that 2016 interview with Business Insider, Schnatter explained that his logo was thought up by someone who lived down the hall from him in the LaFollette dorm at Ball State. Schnatter says he knew the young man was a marketing major, so decided to ask him to brainstorm with him. Schnatter told the publication, “I went up to him and said, ‘Hey, I need a name and a logo for this concept’ and he came back to me three days later with both. And I actually really liked the way the logo looked, and thought the name was pretty clever. So I said to him, ‘Listen, if this ever goes big, I will give you a pizza a week for the rest of your life.'”

It definitely went big! Papa John’s stock has faced hurdles amid Schnatter’s public relations scandals. But its still a billion-dollar company. That person who came up with the Papa John’s name and logo could have cashed in substantially, but his identity remains a mystery. Schnatter says, “”Now that we’ve been in business for 32 years, I owe someone $16,000 worth of free pizza. But he’s never come forward and I don’t know his name or how to find him. All I know is that he was from Chicago — and that I owe him good.”