A Pennsylvania mother was charged with criminal homicide in the death of her infant son. 30-year-old Samantha Whitney Jones of New Britain, Pennsylvania was arrested July 13th, 2018.

The baby boy named RJ died April 2nd. Prosecutors say Jones killed him by feeding him breast milk that was laced with a deadly drug combination. Her defense attorney argues the killing was an accident.

1. Samantha Jones Told Police She Breastfed Her Son The Morning He Died

Samantha Jones heard her son crying around 3AM on April 2nd. She decided to breastfeed him because she felt too tired to go downstairs and fix a bottle. She had switched to feeding him formula just three days prior to this because she was concerned he wasn’t getting enough nutrition from the breast milk alone. This is all according to statements she made to police, as documented in the criminal complaint. She told police that she fell asleep while feeding RJ and was not positive whether he had even eaten anything.

Around 6AM, Jones’ husband Vincent McGovern says he heard his son crying again and found his wife sleeping. She asked him to fix RJ a bottle; the baby ate the bottle and she put him back in his bassinet. Jones told police that when she checked on RJ again around 7:30AM, he was “pale, with bloody mucous coming from his nose.”

She called out to her mother, who also lives in the home, for help. They called 911, and Jones’ mother began performing CPR on the infant. RJ was in cardiac arrest by the time police arrived. He was taken to a nearby hospital and pronounced dead at 8:29AM.

2. Samantha Jones Admitted to Police She Was Taking Methadone

View this document on Scribd
According to the criminal complaint, Jones told officers she was taking methadone. She had been prescribed the medication due to an addiction to painkillers. She told police she began taking methadone during her pregnancy and continued on it after RJ was born.

The criminal complaint also states that the coroner concluded RJ had ingested the drug mixture through breast milk. No illicit drugs were found in the formula he had also eaten the morning he died.

3. Jones Will Be Formally Arraigned on a Criminal Homicide Charge in Late September

Samantha Jones was held at the Bucks County Correctional Facility after her arrest. Bond was set at $3 million.

Defense attorney Louis Busico asked for minimum bail. His argument was that Jones was not a flight risk and did not pose a danger to the public. But the judge denied this motion and set the high cash bond. The judge also ordered Jones from having any contact with minors. That includes her other child, a 2-year-old son who is in the primary custody of his father.

On August 29, a judge upheld the homicide charge and ruled that the case would proceed in Bucks County Common Pleas Court. According to the District Attorney’s office, Jones will be formally arraigned on September 28.

4. The Charges Against Jones Could be Increased Before She Gets to Court

Involuntary manslaughter can be a first degree misdemeanor if the victim is more than 12-years-old. The punishment is up to 5 years in prison. But if the victim is younger than 12, and is being taken care of by the person who caused the death, then the crime becomes a second degree felony. The punishment for that can be up to 10 years behind bars and a $250,000 fine.

If the charge is increased to murder, then Jones could spent the rest of her life in prison is convicted. The punishment for third-degree murder in Pennsylvania is typically 20-40 years in prison. Second-degree murder is life without parole. The prosecution would have to prove that the death was intentional in order to convict on this degree.

5. Methadone Has Previously Been Ruled as Safe for Infants

Methadone is a drug prescribed to help people addicted to narcotics. It has been used to help addicts slowly decrease their dependence on drugs. According to information published by the National Institutes of Health, methadone is safe to take while breastfeeding.

Researchers have found that babies ingest a very tiny fraction of methadone in breast milk, which is why it is safe for new mothers to take it. A study published in 2008 states that “The very low concentrations of methadone in beast milk reported in the literature support the recommendation to not discourage breastfeeding women from using methadone treatment, regardless of the dose.” The American Academy of Pediatrics agrees with this assessment, according to NIH.

But babies ARE at risk of being exposed to higher concentrated levels of amphetamine and methamphetamine in breast milk. A study published in the British Journal of Clinical Pharmacology confirmed this conclusion. Researchers found that women who have ingested these stimulants should not breastfeed for 48 hours, or risk exposing their babies to the drugs. You can read more details about this study here. 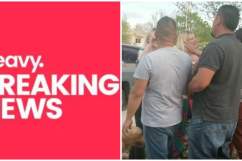