Jahana Hayes has been projected to win the race for Connecticut’s fifth congressional district by the Associated Press. With the win, Hayes enters the history books as the first black Democrat elected to represent Connecticut on Capitol Hill.

Hayes, 46, is a former National Teacher of the Year. She was encouraged to run by Senator Chris Murphy, even though he stayed officially neutral during the August primacy race. Hayes told supporters back in August that her primary win was “just the beginning for the real fight, the fight for the soul of this nation.”

Hayes has a personal story of overcoming adversity to achieve success. She grew up in poverty and became a mother at a very young age.

Jahana Hayes has lived her entire life in Connecticut. On her campaign website, she describes growing up in poverty. She lived in the Berkeley Heights housing project in Waterbury, in western Connecticut. Waterbury is one of the poorest cities in Connecticut.

Hayes also had to deal with having drugs in the home. Her mother was a drug addict. Hayes says her grandmother played a significant role in raising her, because her mother was not always capable due to her addiction.

Hayes says the family also struggled with homelessness. They lost their public assisted apartment at one point.

During an appearance on Ellen in 2016, Hayes explained that she uses her background as a tool to better relate to her students. She says that she wants her students “to know your journey is not determined by where you begin.”

GettyJahana Hayes (L), a high school history teacher from Waterbury, CT, celebrates winning the 2016 National Teacher of the Year with US President Barack Obama (R) during an event at the White House in Washington, DC, May 3, 2016.

Jahana Hayes was an honor student and enjoyed school. But that experience was flipped on its head when she became pregnant. She was forced to give up her advanced-placement courses and switch to an alternative school for teen mothers.

After giving birth to her daughter at age 17, Hayes considered dropping out of high school entirely. She recalled the experience during an interview with CBS’ Gayle King in 2016. “It was very troubling for me, because when this happened, I had to go to an alternative program. It was a teenage parent program, and I was like, ‘I’m still really smart. I don’t understand why now I have to go to a different school, get a different quality of education.”

But a guidance counselor encouraged her to keep going. Hayes earned her high school diploma and went on to get a job as a nursing aide in order to support her daughter. Hayes never forgot her dream of becoming a teacher, though. In her mid-20s, Hayes decided to enroll in a local community college. She went on to earn a bachelor’s and then a master’s degree.

3. Hayes’ Husband is a Police Detective in Waterbury

Hayes is married to Milford Hayes, a detective with the Waterbury Police Department.

One of his recent tasks was to help improve the city of Waterbury’s housing issues. Milford Hayes was appointed to the Blight Task Force in January of 2012. The problem was described on the city’s website as such: “The City of Waterbury has faced a perfect storm in recent years of a deteriorating and aging housing stock, absentee landlordism, and a stagnant economy. This has put a strain on an already difficult situation of addressing the issues of blight, litter and abandoned properties.”

Hayes has kept her children out of the spotlight as she runs for office. Her campaign bio and Facebook page only states that she has four children, without even giving their names. The youngest is reportedly 10 years old and the other three are adults.

Her oldest daughter is Asia Coxton. She followed her mother’s footsteps into education. Now 28 years old, Coxton teaches social studies. According to the Hartford Courant, she works at a school in West Hartford, Connecticut.

5. Two of Hayes’ Children Were by Her Side When She Was Awarded the 2016 Connecticut Teacher of the Year Honors

Before going on to become the National Teacher of the Year, Hayes was also recognized for her achievements in her home state. She was awarded the 2016 Connecticut Teacher of the Year honors. Her oldest daughter Asia, and her youngest son Myles, were there to support their mom. Husband Milford was also by her side. 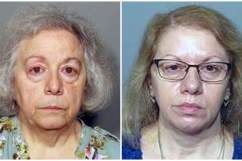 Loading more stories
wpDiscuz
0
0
Would love your thoughts, please comment.x
()
x
| Reply
Jahana Hayes won the Democratic primary for Connecticut's 5th congressional district. She would be the first black Democrat from New England in the House of Representatives if she wins in November.