Getty Kris Kobach is running in the GOP primary for Governor of Kansas.

Kris Kobach is the current Kansas Secretary of State, running in the GOP primary for Governor. Kobach was endorsed by Trump on Monday, a day before the primary vote.

Trump tweeted of Kobach, “Kris Kobach, a strong and early supporter of mine, is running for Governor of the Great State of Kansas. He is a fantastic guy who loves his State and our Country — he will be a GREAT Governor and has my full & total Endorsement! Strong on Crime, Border & Military. VOTE TUESDAY!”

Kobach may have Trump’s endorsement, but he’s also drawn the skepticism of many critics for his work championing completely unfounded claims of widespread voter fraud in recent years.

1. During the 2016 Election, Kobach Repeatedly Made Claims of Widespread Voter Fraud

Throughout the 2016 election process, Kobach repeatedly made claims of widespread fraud, though he never substantiated why he believed this epidemic to be occurring. After Clinton won the popular vote by 3 million votes with no proof of voting fraud ever recorded, Kobach said in conversation with MSNBC, “You know, we may never know the answer to that…it’s impossible to ever know exactly, if you took out all the ineligible votes, what the final tally would be in that election.”

To Fox & Friends, Kobach said, “You can’t discover most of these cases. We had a statistical analysis done of our entire voter rolls, and it looks like we have as many as 18,000 aliens that are on our rolls [who are not legal voters.]”

However, in court it soon was revealed that Kansas has additional hurdles for its citizens to go through to prove citizenship when voting, which may have violated the 1993 National Voter Registration Act, such as providing a birth certificate when voting. Later, an ACLU attorney confirmed that there had been 127 improper registration cases, and out of those 127 cases, only 11 of those people actually voted. Francis Wilkinson of Bloomberg concluded, “So the [voter fraud] tally is 11 voters over 18 years in a state with 1.8 million registered voters.”

2. Kobach Was the Vice-Chairman of the Now-Disbanded Voter Fraud Panel Under the Trump Administration

In the beginning of August, Michael Dunlop, one of the members of the fraud panel that was disbanded in early 2018, revealed that the commission had failed to find any evidence to prove widespread voter fraud. In response, Kobach told The Washington Post that Dunlap was “willfully blind to the voter fraud in front of his nose,” referencing two studies which have since been proven to create a “flawed portrait” of voting fraud.

Kobach continued, via CNN, “For some people, no matter how many cases of voter fraud you show them, there will never be enough for them to admit that there’s a problem.”

Dunlap did concede that he didn’t expect there to be a single document proving widespread voter fraud, but rather that he was relying “on the lack of any evidence in the totality of what I reviewed.”

3. Both of the Reports That Kobach Has Consistently Referenced Have Been Described By Experts as ‘Inaccurate’ & ‘Amaterishly Done’

Kobach: This is a first of its kind effort vs voter fraudKansas secretary of state sounds off on Pres. Trump's decision to appoint him and Vice President Mike Pence to a new commission that will investigate voter fraud and other election irregularities #Tucker2017-05-12T02:00:43.000Z

Kobach has consistently cited two main reports that he believes represent significant proof of widespread voter fraud in the country: one by the Heritage Foundation Database and one by the Government Accountability Institute.

Of the Heritage Foundation Database, the Brennan Center for Justice released a statement on the alleged proof of voter fraud: “Over the period considered by Heritage, there have been over 3 billion votes cast in federal elections alone, and many more when you include the state and local elections also covered in the database…The number of cases in the database represent a minuscule portion of the overall number of votes cast during this time span. In reviewing decades of cases and billions of votes cast, the Heritage Foundation has identified just 10 cases involving in-person impersonation fraud at the polls (fewer than the number of members on the President’s Commission).”

As for the report by the Government Accountability Institute, a nonprofit founded by Stephen Bannon which claims to have identified 8,400 cases of double voting in the 2016 election, Reed College political science professor Paul Gronke told The Washington Post, “The report was amateurishly done…They were sloppy in their use of terms, and lack of precision is a big problem when you are accusing individuals or groups of committing a felony.”

Gronke also pointed out how low 8,400 as a number would be for several years of election data. “Those [numbers] are beyond minuscule,” he said, “Yet this is what a presidential commission focuses on, when we have the reality of foreign governments interfering in our election process?”

4. Kobach Tried to Send a 20-Year-Old Girl to Jail For Accidentally Voting Twice

In early 2018, Kobach tried to send 20-year-old Bailey McCaughey to jail for accidentally voting once in her home state of Colorado, and once in Kansas, where she attends college. Via Vice, McCaughey only found out that she’d voted twice (both times for Trump) when her mother called to confirm to her that she’d sent in her daughter’s ballot.

Soon after, McCaughey found out that Kobach had slapped two charges on her: one for election perjury and one for voting more than once; Vice reports that the latter charge can carry up to a 13-month jail sentence.

Vice noted that Kobach is the only Secretary of State with the power to prosecute voter fraud charges against civilians, after convincing the legislature to give him the power three years ago. The charges against McCaughey were eventually dropped to a plea deal, with a misdemeanor that will stay on her record.

5. In June, a Judge Called Kobach Out for His Unsubstantiated Voter Fraud Claims

Kris Kobach reacts to judge's decisionA Kansas judge ruled Friday that the state must allow more than 17,000 voters who didn't show proof of citizenship to vote in Tuesday's primary.2016-07-29T22:08:36.000Z

In June, a judge threw out Kobach’s Kansas-instituted law that required voters to show proof of citizenship. Federal Judge Julie A. Robinson said in her 188-page ruling that the “small number of noncitizen registrations in Kansas [are] largely explained by administrative error, confusion, or mistake.”

Kobach had previously argued that his “proof” of voter fraud was just “the tip of the iceberg,” and in her ruling, Judge Robinson vehemently disagreed, writing, “Instead, the Court draws the more obvious conclusion that there is no iceberg; only an icicle, largely created by confusion and administrative error.” 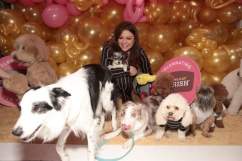 Read More
5 Fast Facts
Kris Kobach is a Trump-endorsed politician running in the GOP primary for governor of Kansas, who has made several unsubstantiated claims of voter fraud.