YouTube 'My 600 Pound Life' L.B. Bonner was found dead of an apparent suicide on Friday morning.

On Thursday night, police found the body of ‘My 600 Pound Life’ star L.B Bonner, who was dead in a ditch with a gunshot wound to the head. Police have not yet ruled it to be a suicide, though TMZ reports that they are not looking for any suspects as of yet.

Bonner appeared on last season’s ‘My 600 Pound Life’, losing 316 pounds throughout the duration of the show. Here’s what you need to know.

Over the course of his season on ‘My 600 Pound Life,’ Bonner lost over 300 pounds. Of his decision to join the show, Bonner said, “It’s changed my relationship with myself, my relationship to family and friends.”

Bonner explained that he had always been on the larger side, weighing upwards of 150 pounds at eight years old. As the adopted only son of a family with three sisters, Bonner revealed that he felt like he had let his adoptive parents down with his weight problems. “Keep on keeping on,” he said of his weight loss strategy. “Baby steps lead to big results. Ain’t nothing to it but to do it.”

2. He Posted a Cryptic Note to Facebook the Evening Before His Death

On Thursday evening, Bonner posted a message to Facebook. He wrote, “I just want to say thank you to everyone who has shown me love and support throughout my journey…I’ve realized a few things over the last few days and its time that, I face my demons head on.”

He continued, “No matter what you change or the efforts you put forth in life, sometimes you just have to take it on the chin and deal with things your own way…Again, thank y’all so much… Please don’t ever let people you care about not know how you feel.”

3. At the Time of His Death, Bonner Was Reportedly Near 200 Pounds, Having Lost 400 Pounds Since the Show

At the time of Bonner’s death, a friend claimed that Bonner was down to near 200 pounds, having lost over 400 pounds since his stint on ‘My 600 Pound Life.’ That same source told Hollywood Gossip that Bonner was “firmly on the wagon” in the days leading up to his death.

4. He Was Known for Posting Inspirational Quotes to Facebook Every Day

Three days before his death, Bonner posted one of his signature inspirational posts to Facebook. He wrote, “GOOOOOOOOOOOOD MORNIN. I hope everyone has a very amazing and blessed day. As I’m getting my day started it hits me how beyond blessed and thankful I am, that I decided to leave my comfort zone a lil over a year ago and embark on this crazy journey to get healthy…Since then I’ve come off several meds, become WAAAAAYYYYYYYY active, have lost well over half my body weight and probably the thing that means the most to me, I got to a point where when my family needed me, I was physically able to step up and run my Dads flooring business.. What I’m getting at is, there is such a HUGE potential for all of us, waiting right outside our comfort zones… So, I’m gonna leave y’all with an amazing quote.. ‘Comfort is the enemy of progress'”

However, some of his posts (like the one the day of his death) revealed that Bonner may have been struggling, as well. In a July 9 post, he wrote, “Got a lot on my mind tonight, and got some things to sort out and decide on.. So I went for a jog, now just trying to unwind with some Otis Redding on Pandora and sitting in the hot tub…Just praying I make the right choices….”

5. He Reportedly Quit Drinking as a Weight Loss & Lifestyle Measure

In ‘My 600 Pound Life,’ Bonner explained that he had gained weight after an ATV accident in 2013, which had led to a leg amputation. Following the accident, Bonner explained that he had taken to eating and drinking as a means to cope with his emotional trauma. However, per his Facebook post and a source to Hollywood Gossip, Bonner had “come off several meds” and was sober in the days leading up to his death. 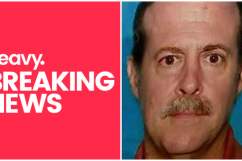 Loading more stories
wpDiscuz
0
0
Would love your thoughts, please comment.x
()
x
| Reply
L.B. Bonner has been found dead of an apparent gunshot wound to the head, as of Friday morning. He was best known for his stint on 'My 600 Pound Life.'