Lynne Patton, a senior official in the Department of Housing and Urban Development in the Trump administration, has denied Omarosa Manigault-Newman’s claim that there’s a recording of President Trump saying the N-word.

Patton released a statement via TwitLonger rebuking a number of Omarosa’s recent assertions. Patton’s statement comes after Omarosa appeared on Hardball on MSNBC and said she had heard a second-hand tape recorded by former Apprentice producer Bill Pruitt of Trump saying the N-word.

Patton went on to express her gratitude to President Trump. “Like countless other minorities and women, the President has given me the opportunity of a lifetime to rise up through the ranks of The Trump Organization and now proudly serve this country.”

Here’s what you need to know about Lynne Patton:

1. Patton Confirmed That Omarosa Called Her Later Last Year About the Rumored Recording

Ladies & Gentlemen, the President-Elect of the United States…??? #AmericaFirst

Although Patton denied that the alleged recording exists, she did admit that Omarosa called her on the day she was fired to tell her about it.

“On December 12, 2017, at approximately 11:30PM (EST) – a date I now know to be the evening Omarosa was relieved of her official duties by General Kelly – I received a telephone call from her informing me that she had personally heard a second-hand recording of President Trump using the “N-word” in a derogatory fashion,” Patton wrote.

Omarosa told her that the source of the tape was Bill Pruitt, who also revealed the context of Trump’s purported use of the N-word. According to Patton, Omarosa incorrectly told her that she had resigned from the administration. Patton seemed to imply that Omarosa’s reasoning for resigning was the tape.

2. Patton Also Denied That She Participated in a Conference Call About the Recording, as Omarosa Alleged in Her Book

Spent part of the day playing #SantaClaus on behalf of @secretarycarson & @realdonaldtrump by notifying economic development grantees – including a home for the elderly – in my region (New York & New Jersey) that this Administration found over $1.6M of their unclaimed money! ?? #CongressionalEarmarks #DrainTheSwamp #MAGA ?? @hudgov

In Omarosa’s book, Unhinged, which details her time in the Trump administration, the former Trump aide alleged that she and Patton took part in a conference call along with Katrina Pierson, pollster Frank Luntz, and Jason Miller. In her book, Omarosa claimed Luntz had heard an audio recording of Trump saying the N-word.

Luntz himself had already denied the existence of such a conversation on Twitter. “I’m in @Omarosa’s book on page 149. She claims to have heard from someone who heard from me that I heard Trump use the N-word. Not only is this flat-out false (I’ve never heard such a thing), but Omarosa didn’t even make an effort to call or email me to verify. Very shoddy work,” Luntz wrote.

Patton backed up Luntz’s denial in her statement. “To be clear, at no time did I participate in a conference call with Katrina Pierson advising me, Jason Miller and Omarosa Manigault-Newman that Frank Luntz had heard President Donald J. Trump use a derogatory racial term – a claim that Luntz himself has also denied.”

Thank you for popping in today, @SecretaryCarson! As discussed, we look forward to putting together an official trip back to @HUDNY_NJ ASAP to meet our employees, grantees, electeds & stakeholders, tour our amazing region & launch our official Envision Center! ??

Patton has served as the head of HUD’s largest regional office since July 5, 2017. She’s responsible for overseeing the allocation of billions of dollars to public housing, providing renter vouchers, and funding for housing inspections. Her region includes the Greater New York area and New Jersey.

Prior to her time working for HUD, Patton had no experience working in housing. In her statement, she reiterated her goal of helping the Trump administration.

“My primary and sole focus remains the low-income and public housing residents of New York & New Jersey, as the President would expect it to be — and as the President has hired me to do,” she wrote.

4. Patton has Been Close to the Trump Family for Nearly a Decade & Planned Eric Trump’s Wedding

Make no mistake, there is zero tolerance for racism, hatred & bigotry. My boss is not defending white supremacists by any means. He's denounced these hate groups – by name – for years & everyone knows it. However, anyone with a television set & two eyeballs also knows that there was violence on both sides – a fact even supported by the New York Times. That's it. That's all. For the mainstream media to try to paint the "protesters of today" with the same passive resistance brush of our brave civil rights predecessors is just plain disingenuous & wrong. At the end of the day, my boss has always been brutally honest. Maybe that's the problem. But arguably, his candidness is the reason why the American people chose him over a career politician. ?? #Facts #Charlottesville

Patton got her start with the Trump family in 2009 as an event planner. Prior to updating her LinkedIn page, the New York Daily News reported that her job duties included: “Responsible for organizing, executing and assisting with upscale events and celebrity golf tournaments. Handle celebrity talent acquisition for various marketing projects, philanthropic events and golf tournaments.”

From there, Patton began working for The Eric Trump Foundation, eventually becoming Vice President. She held that position until Trump’s inauguration. During Trump’s campaign, she worked as a senior adviser and “family liaison,” according to her LinkedIn page. In 2014, she planned Eric Trump’s wedding.

She received her Bachelors degree from University of Miami in 1996 and went on to attend Quinnipiac University School of Law. While her LinkedIn page previously stated she received a juris doctorate degree, it now says she only attended from 1997-1998. Quinnipiac has confirmed that Patton never graduated from law school. Additionally, Patton’s LinkedIn used to list Yale University in education, despite the fact she never attended Yale. That listing has since been removed.

5. Patton Spoke at the 2016 Republican National Convention & has Defended Trump From Accusations of Bigotry

While on the campaign trail, Patton made a video titled “I’m proof Donald Trump isn’t a bigot.”

“As the daughter of a man born in Birmingham, Alabama, who rose against all odds to become one of the most established and respected doctors at Yale University, there is no amount of money in the world that could buy my loyalty to a family that subscribed to such intolerant and bigoted ideologies,” Patton said.

She called the Trump family “one of the most generous, compassionate and philanthropic families” she knows and claimed the family hired “more minority and female executives than any other company for which I’ve ever worked.”

Defending Trump’s rhetoric on immigration and terrorism, Patton said, “What common American wants another terrorist attack on our soil or to perpetuate this country’s rampant drug epidemic?”

Of the Trump family, she said, “They continue to trust me with every aspect of their lives and the lives of their families. They invite me into their homes and welcome me at their family gatherings.” 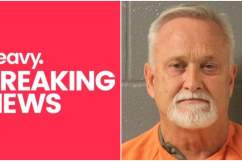