Michael Goff III has been arrested by Metro Nashville Police in connection to the death of his father, who went missing on May 27 after allegedly having a loving conversation with his son.

Goff III, 15, was charged with criminal homicide on Friday evening after his father’s bones were found stuffed in a small duffle bag earlier this month.

Here’s what you need to know about Goff III:

1. Goff III Told Police His Father Said ‘I Love You,’ Gave Him His Watch & Then Disappeared Into The Woods

BREAKING: @MNPDNashville says the human bones found in a bag at Percy Priest Lake have been identified as Michael Goff Jr. He was reported missing by his mother in late may. https://t.co/wDZn4vPO6o pic.twitter.com/vohJkxmcI8

The decomposed remains of Michael Goff Jr., Goff’s father, were discovered on Sept. 2 in a small duffel bag near Percy Priest, according to the Tennessean. Goff Jr. was reported missing on May 27 by his mother, according to police. She had last seen him the previous day before he went missing.

Police interviewed 15-year-old Goff III in May shortly after his father went missing. Goff III told police that the two had been driving in Nashville when Micahel Goff Jr. stopped the vehicle, told Goff “I love you,” gave his son his watch, and disappeared into a wooded area. According to Goff, he never returned.

Although Goff III is a minor, the Tennessean released his name due to the severity of the charges against him.

However, shortly after Goff III told police his father disappeared into the woods, a witness came forward with a story that conflicted Goff’s account. According to the investigation, the witnesses say that Goff III showed them cuts and scratches on his hands and allegedly told them he had killed someone a few days earlier with razor wire.

Another 15-year-old came forward earlier this week with information on the case, according to the Tennessean. The teenager claims to have just returned from out of town and told police that Goff III came to his home on May 26, the last day Goff Jr. was seen alive, and admitted that he had just killed his father.

3. The Second Witness Claimed He Helped The Suspect Dispose of the Body

NEW DETAILS: Teen accused of killing his own father with a razor wire, hiding his bones near Percy Priest Lake, then taking money from the body.

According to the police release on that teen’s statement, the witness went with the suspect to dispose of the body, and allegedly saw the suspect taking money and other items from the body.

Police say Goff III is refusing to answer further questions from detectives. It is not known whether he has legal representation. The other teen is currently considered a witness, police have said. 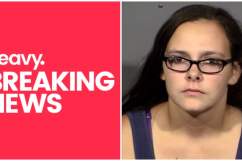 4. Goff Jr.’s Body Was Found Deep In The Woods & May Have Been Moved From a Prior Location

A wooded area where the body may have been initially placed was discovered this week, according to police. Additional bones were found in the area, but it was not immediately clear whether they were related to this case, the Tennessean reports. The bones are being analyzed for identification.

The bag was found deep in the woods near Lincoya Bay Apartments, at the popular bluffs over Percy Priest Lake, according to WKRN. The area is near a popular rope swing that swimmers use to jump into the lake.

5. Goff Jr.’s Bones Were Discovered in a Small Duffle Bag on a Bluff Overlooking a Popular Lake

The mother of a Brentwood man, whose remains were found in a duffel bag near Percy Priest Lake, makes an emotional plea for her son's killer to be caught. What she wants you to know about her only child, NEXT on @FOXNashville at 9:15. pic.twitter.com/s6cp46nPNh

The Tennessee Wildlife Resources Agency called investigators Sunday afternoon after the bag of bones was discovered in the area of Lincoya Bay Apartments. According to police, a forensic anthropologist is working to determine Goff Jr.’s cause of death.

No motive has been released following Goff III’s arrest. Heavy will continue to update as more information is known.

Read More
5 Fast Facts, Crime
Michael Goff III has been arrested in connection to the death of his father, who went missing on May 27 after allegedly having a loving conversation with his son.