Sandra Lee was the longtime girlfriend of New York governor Andrew Cuomo. The two were introduced at a cocktail party in the Hamptons and began dating in 2005. She was viewed as a de facto “First Lady” of New York.

But the couple called it quits in September 2019. In a prepared statement issued by the governor’s office, Lee and Cuomo said, “Over the recent past, we have realized that our lives have gone in different directions and our romantic relationship has turned into a deep friendship.”

Lee is a renowned chef and has hosted several shows on the Food Network, Cooking Channel, HGTV and Great American County. She is a contributor on ABC’s Good Morning America. She is the editor in chief of Sandra Lee Magazine.She has also earned several Emmy awards and is the author of 27 books. Lee’s net worth is estimated to be $20 million.

Today is Pi Day and I have to say, I love them all…but if I had to choose my all-time favorite I'm going with a berry cobbler. What's your favorite?

1. Sandra Lee Described a Challenging Childhood in Her Memoir That Included Dysfunctional Relationships With Her Parents and the Responsibility of Caring for Four Younger Siblings

On my bike, ready to roll! Already thinking about being independent, and not really caring if my hair is messy or not; just happy to be in the sun! #TBT

Sandra Lee Waldroop was born July 3, 1966 and grew up in Santa Monica, California. Lee’s parents, Wayne Waldroop and Vicky Svitakand, were teenagers when they had her. Lee says her paternal grandmother, Lorraine Waldroop, raised her and younger sister Cindy in their early years, after Wayne and Vicky split up. She credits Lorraine for giving her early lessons in cooking.

The countdown is ON! In exactly 50 days, I turn 50; so I'm sharing 50 special moments in my life that have great meaning to me. These are the things I came to learn or to love in the years that brought me to this half-century mark, starting with… #50: Mothering a baby doll before my four siblings took her place. Follow me on Facebook to see the rest of #Sandras50in50!

When Lee was six, her mother took the girls to live in Sumner, Washington with a new stepfather. She was enrolled in school with a new last name: Christiansen. Lee explained in her 2007 memoir “Made From Scratch” that her mother suffered from drug addiction, and that her stepfather moved out when Lee was 12. That left Lee as the primary caretaker for her sister and three half-siblings. The family relied on food stamps and welfare to get by. She also mentioned in the memoir that after her stepfather came back, he was sexual with her, but Lee did not go into details in the book.

Lee moved to Wisconsin in 1982 when she was 15-years-old to live with her biological father. But Wayne Waldroop was arrested for allegedly raping his girlfriend, and Lee recounted in her memoir that she was a witness in the case. Waldroop was convicted of sexual assault and sentenced to a year in prison.

Lee stayed in Wisconsin for college. She attended the University of Wisconsin-La Crosse, majoring in physical therapy and business. Lee worked as a waitress in between classes to support herself. She dropped out during her junior year and moved back to California, and began using the last name Christiansen again.

2. Lee Started Her Own Business, Kurtain Kraft, While in Her Mid-20s & Earned Millions In Less Than One Year

After dropping out of college and moving to Malibu, Sandra Lee outfitted her apartment with her own do-it-yourself designs. She created a window treatment using coat hangers and fabric. This experience inspired her to to launch her first business, Kurtain Kraft. She explained in “Made From Scratch” that she managed to save $50,000 and then use that money for an infomercial.

The investment paid off. Lee wrote that Kurtain Kraft sales brought in $6 million in less than a year. The DIY design line was featured at retail stores like Target and Walmart. She was also featured on the QVC network, and even traveled to London to appear on a segment there.

She gave younger sister Kimmy a shout-out in a Facebook post in 2016. She said that during those younger years, “sister Kimmy went on most of these trips with me and made it possible for me to be able to go on the air and accommodate such a hectic travel schedule. She was one of my heroes then and she’s one of my heroes now — I love you Kimmy!”

But Lee soon hit bumpier times with the company, when customers began returning the product in huge numbers. This forced Lee to expand her thinking. She added gardening and scrapbooking products to her list of sellable items.

In 2001, Sandra Lee married Bruce Karatz. He was the CEO of KB Home, a house-building company based in Los Angeles. They met after she began working for the company as a spokesperson.

There was a 20-year age gap between them. Lee would have been 35 when they tied the knot, and he was 55. Bruce’s son Matthew Karatz was only 6 years younger than his new stepmother. It was during this time that Lee reportedly converted to Judaism, for her husband. The marriage lasted just four years.

After their marriage fell apart, Bruce Karatz faced severe legal problems related to his company. He was accused of manipulating stock options in order to increase his own compensation. He resigned from KB Home in 2006, but the case was not over. In 2010, Karatz was convicted of four felonies: two counts of mail fraud, one count of lying to accountants at KB Home, and one county of making false statements to the Securities and Exchange Commission.

I'm headed back to the doctor's office to check on my progress. I'm trying to focus on messages of hope, but I oftentimes get discouraged. What makes YOU feel better on a day when you have the blues? ?

Sandra Lee openly shared her battle with breast cancer on social media, after receiving her diagnosis in 2015. She chose ti fight the disease in the most aggressive way she could, by undergoing a double mastectomy. Lee explained during a speech in 2017 that her decision was partly based on watching her grandmother battle stomach cancer.

Lee said her grandmother went through radiation and achieved remission, but that the cancer returned a few years later. Lee did not want to have the same experience. “I wasn’t going to count the percentages every year; I wasn’t going to live my life wondering when and if, and so I made a very clear decision.”

The surgery took place in May of 2015. Lee was soon declared cancer-free. Her first public appearance after the surgery was in September of that year, when she attended the Emmy Awards. She chose to wear a dress with a plunging neckline. Lee explained during an interview on Good Morning America that she wanted to send a message that women are valued for more than just their breasts. “There’s one more thing that kind of really infuriates me, and that is this perception that we’re all about the boobs. Women are not just about their boobs, which is the statement I was making when I wore that dress… I just wanted to say it doesn’t matter if you’re a DD, which I was, or an A, which I am.”

Today, I joined Andrew on a ride upstate to raise awareness about breast cancer prevention. Andrew signed legislation that expands access to screenings for the disease. I am proud and so inspired by Andrew’s “Get Screened, No Excuses” campaign, and I’m so grateful to the NY legislators for passing this bill. I call upon all Governors nationwide to take initiatives necessary in their own states to protect women’s health and help to save their lives.

Since then, Lee has become an advocate to raise awareness about the importance of getting routine screenings and mammograms. Partner Andrew Cuomo joined Lee’s fight by passing a bill in the state of New York that expanded access to screenings. She shared on Instagram, “I am proud and so inspired by Andrew’s “Get Screened, No Excuses” campaign, and I’m so grateful to the NY legislators for passing this bill. I call upon all Governors nationwide to take initiatives necessary in their own states to protect women’s health and help to save their lives.” 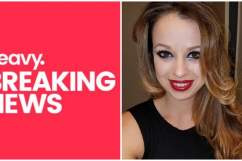 Sandra Lee for the Great American Bakesalegreatamericanbakesale.org2009-04-23T04:47:42.000Z
Sandra Lee has worked to try to ease childhood hunger and poverty. She is a spokesperson and serves on the Leadership Council for “No Kid Hungry.” It’s a campaign that was launched in 2010 by the non-profit organization “Share Our Strength.” According to its website, the group works to help provide school breakfasts and summer meals, provide education about healthy food choices and serve as advocates before government officials.

Lee has served as the spokesperson for the “Share Our Strength” annual fundraiser, the Great American Bake Sale. The Food Network is also a sponsor of the campaign, which urges communities across the United States to hold bake sales and donate the proceeds to end childhood hunger.

According to her Facebook page, Sandra Lee is involved with: Citymeals-on Wheels, the Bowery Mission, God’s Love We Deliver, multiple food banks, the Central Park Conservancy and was a founding member of UNICEF’s Board of Directors in Los Angeles. She has been recognized with the President’s Volunteer Service Award and the Ellis Island Medal of Honor.