Barbara Bush married George H.W. Bush in 1945. She became the First Lady of the United States in 1989, when her husband was elected president.

The Bushes were parents to six children — one of whom died at the age of 4 — including the 43rd President, George W. Bush, and of Florida’s 43rd Governor, John Ellis “Jeb” Bush.

Barbara Bush passed away on April 17, 2018, in Houston, Texas. Her cause of death is listed as chronic obstructive pulmonary disease, more commonly known as COPD. She also suffered from congestive heart failure before her death. Her husband, George H.W. Bush died seven months later on November 30, 2018. 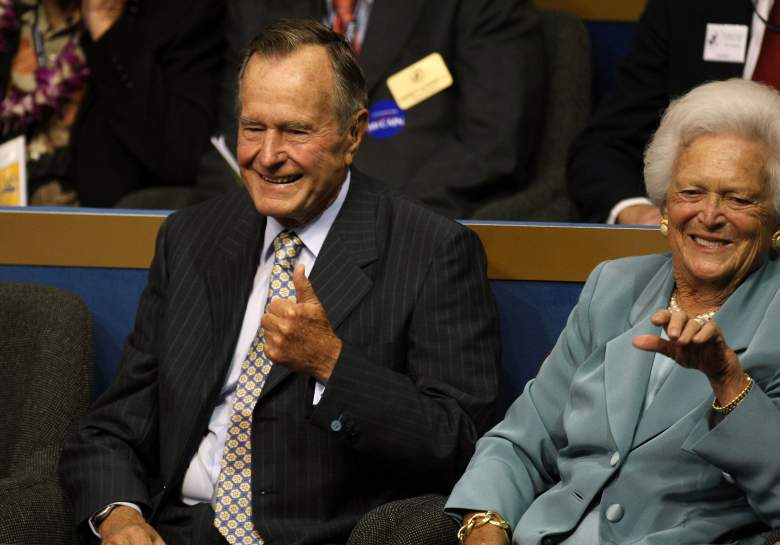 Barbara, the daughter of Pauline and Marvin Pierce, was born in 1925. She grew up in Rye, New York, and enjoyed a happy childhood, according to Whitehouse.gov.

The former first lady attended boarding school at Ashley Hall in South Carolina. It was there, at the age of 16, that she met her future husband while attending a dance. Just a year and a half later, right before George served as a Navy torpedo bomber pilot in World War II, the couple was engaged.

At the time George returned home on leave from the war, Barbara had just dropped out of Smith College. Two weeks later, on July 6, 1945, the couple tied the knot. 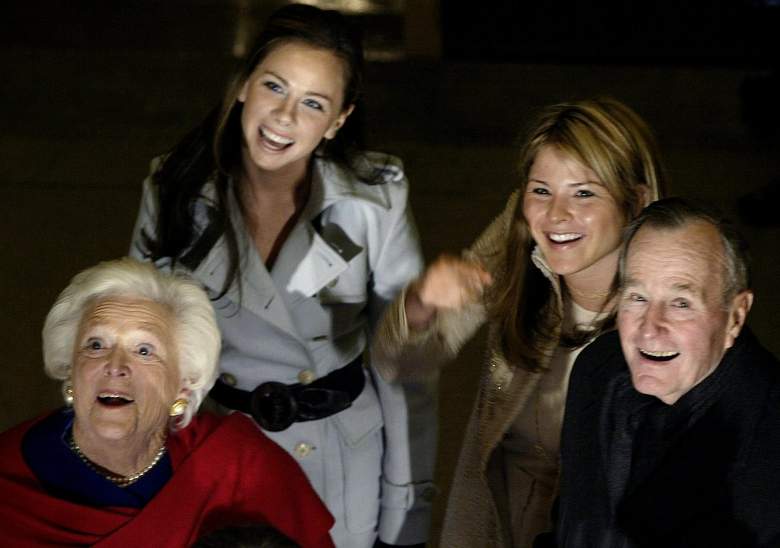 Barbara and her husband were the proud parents of six children.

The Bush’s eldest son, George W. Bush, was born on July 6, 1946. He followed in his dad’s footsteps, joining the military in the 60s. He then went on to a career in politics, serving as the 46th Governor of Texas from 1995 to 2000, and becoming the President of the United States in 2001. He served two terms.

The couple’s second born was their daughter, Pauline, who was referred to as “Robin,” was born in 1949. She was diagnosed with leukemia and died at the age of 3.

John Ellis Bush was born in 1953. More commonly known by his nickname, Jeb, he also has had a career in politics. He served as the Governor of Florida from 1999 to 2007.

Neil Bush was born in 1955. He went to Tulane University where he studied business. He currently lives and works as a businessman and investor in Texas.

Marvin Bush was born in 1956. He studied English at the University of Virginia and went on to become the director of HCC Insurance Holdings.

In 1959, the Bushes welcomed their sixth child, a daughter they named Dorothy. More commonly known as “Doro,” she obtained a bachelor of arts degree from Boston College and is an author and philanthropist.

The George and Barbara Bush had seventeen grandchildren together.

3. Her Daughter Robin Died From Leukemia

Pauline Robinson “Robin” Bush was born to George and Barbara in 1949.

When she was 3-years-old, Robin was diagnosed with an advanced form of leukemia. George and Barbara took her to New York City for treatments. However, just two months before she would’ve turned 4, Robin succumbed to the disease.

A funeral was not held for Robin, as her remains were donated to science in hopes of finding a cure to leukemia.

A small headstone was placed in the family cemetery of Barbara’s father in Greenwich, Connecticut. It was later moved to the George H.W. Bush Presidential Library at Texas A & M University, the final resting place of George and Barbara.

4. Literacy Was Her Passion

Barbara Bush promoting literacy on her 90th birthday at a college basketball game in Houston (2015) pic.twitter.com/Z3QejXsxiS

According to Barbarabush.org, Barbara stated the following about her passion for literacy:

The American Dream is about equal opportunity for everyone who works hard. If we don’t give everyone the ability to simply read and write, then we aren’t giving everyone an equal chance to succeed.

The site states that Barbara founded the Barbara Bush Foundation for Family Literacy “more than 25 years ago.”

The former first lady held a strong passion for reading and wanted to raise awareness on the issue of family literacy.

Barbara believed that if “more people could write, ‘we could be much closer to solving so many other problems that our country faces,'” Barbarabush.org stated.

Through her passion and work, many people across the nation were given the chance to succeed.

At the Barbara Bush Foundation, we believe all precious children deserve an equal opportunity to achieve. Many of the nation’s youngest children who come from disadvantaged families suffer even greater challenges, unable to gain the necessary literacy skills to match their peers, skills essential to building their future success. Millions of parents face a gap in education, lacking basic reading and writing skills to help their children in school. That is why the Barbara Bush Foundation for Family Literacy advocates for the most basic of educational skills for both child and parent: the ability to read and write. Low literacy levels are linked to poor health, fewer economic opportunities and a lifetime on welfare. We work to close this gap so more families can achieve the American Dream.

5. A Children’s Hospital Was Named in Her Honor

Brayden Bashaw, 11, made and sold these ornaments which resulted in $2000 worth of toys for the Barbara Bush Children's Hospital @MaineMed pic.twitter.com/SKKMPMxFgZ

In honor of her commitment to children’s issues, a hospital was named in Mrs. Bush’s honor.

“The Barbara Bush Children’s Hospital at Maine Medical Center was named in honor of First Lady Barbara Bush for her long-standing commitment to children’s issues in the state of Maine. At the public naming in 1995, Mrs. Bush graciously accepted the honor and reminded those in attendance that “children are our future” and providing “a great start to life for all children” is the most basic of needs and priorities. Mrs. Bush’s annual Spring visits are enjoyed by patients and staff alike, and the medical center is grateful for her support and dedication,” reads an excerpt on the hospital’s website.