A 40-year-old Long Island woman is accused of trying to kill her estranged husband by poisoning his drinks with antifreeze, the Suffolk County District Attorney’s office says. Renee Burke was indicted on January 3 on several charges, including attempted murder, District Attorney Timothy Sini said in a press release.

Renee Perrichon Burke is accused of putting the chemical in drinks inside the home of her husband, Matthew Burke, in September, according to prosecutors. The couple is separated and going through a divorce. Burke and her husband have two children together, an 8-year-old daughter and a 4-year-old son, according to NBC New York.

“This is an extremely troubling case,” Sini said in a statement. “The evidence will show there are at least three occasions in which the defendant attempted to kill her estranged husband: once by putting antifreeze in his wine bottle, once by putting it in his soda, and another – which as caught on videotape – where she puts antifreeze in another one of his wine bottles.”

Here’s what you need to know about Renee Burke:

Prosecutors say Renee Burke tried to poison her husband to death with antifreeze in front of her children. “It’s not only disturbing that the defendant attempted to murder her estranged husband, but that she did so in the presence of children,” Suffolk County District Attorney Timothy Sini said in a statement.

According to a press release from Sini’s office, Burke’s estranged husband, 39-year-old Matthew Burke, began to drink a glass of wine on September 6, but threw it away because of its strange taste and smell. On September 10, Matthew Burke tried to drink a glass of Pepsi, but stopped after he said he tasted and smelled chemicals in the soda. Matthew Burke then called police, who recovered the bottle and suggested he install surveillance videos in his home, according to the press release.

In surveillance video recorded on September 12, Renee Burke can be seen pouring antifreeze into a wine bottle inside her husband’s home, according to the district attorney’s office. Matthew Burke called police again and his wife was arrested. She was charged at the time with second-degree burglary because she was accused of breaking into her estranged husband’s home during the poisoning attempt.

“Several beverage containers were recovered by police from the victim’s home and sent to a laboratory for testing, which revealed the presence of ethylene glycol, a compound found in antifreeze” the district attorney’s office said. “A subsequent search warrant executed at (Renee) Burke’s residence resulted in the seizure of a bottle of antifreeze.”

Matthew Burke was not injured by the poisoning attempts, authorities said. 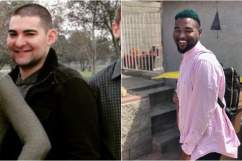 2. She Had Temporary Visitation Rights of Their 2 Young Children During Their Ongoing Bitter Divorce

Renee Burke with her son and daughter.

Renee Perrichon Burke and her husband, Matthew Burke, had been going through a bitter divorce prior to the alleged poisoning attempts, according to authorities. It is not clear when the couple was married or when they separated and began divorce proceedings. The Burkes were not living together as of September 1, prosecutors said.

According to WABC-TV, Renee Burke’s husband had full custody of their two children, ages 8 and 4, and she had temporary visitation rights. According to News 12 Long Island, the custody battle between the parents was possibly a motive for the attempted murder, prosecutors said.

Burke’s Facebook page is filled with photos of her son and daughter, including a photo of her two children that was posted the night before her arrest on the attempted murder charge. On her profile, Burke wrote, “Being a mother is the most fulfilling gift in this world, cherish every moment. Time goes way too fast.”

3. Burke Searched Online for Information About Antifreeze, Rat Poison & ‘What Liquids for Cars Can Kill a Human,’ the DA Says

Suffolk DA holds a picture of a bottle of Prestone anti-freeze, which prosecutors allege Renee Burke poured into her ex-husband's drinks on multiple occasions, attempting to kill him. He was not injured, and Burke had been charged with attempted murder. pic.twitter.com/D3RMGIzHKC

Renee Burke searched online for information about antifreeze and rat poison, the district attorney’s office said in a press release. After her arrest on the burglary charge, Burke consented to a search of her cell phone. Detectives found internet searches for “antifreeze with alcohol,” “what liquids for cars can kill a human,” and “can antifreeze kill a himan [sic],” prosecutors said.

According to the Agency for Toxic Substances & Disease Registry, antifreeze poisoning is difficult to detect. The early symptoms match someone who is drunk, as the central nervous system slows down, the agency says. But antifreeze is much more dangerous.

“Your health is not likely to be seriously affected by the very small amounts of ethylene glycol that could be tasted or otherwise accidentally eaten (for example, by putting your fingers in your mouth after getting them wet with antifreeze). Accidental or intentional ingestion of larger amounts of ethylene glycol can cause serious illness or death,” the agency says. “When ethylene glycol breaks down in the body, it forms chemicals that crystallize, and the crystals can collect in your kidneys and affect kidney function. Ethylene glycol also forms acidic chemicals in the body, which can change the body’s acid/base balance and affect your nervous system, lungs, and heart.” 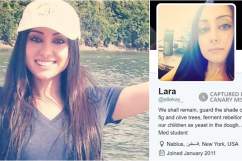 4. She Is a Smithtown, New York, Native & Works as a Dental Assistant

Renee Burke, whose maiden name is Renee Perrichon, is a native of Smithtown, New York, and now lives in Holbrook, New York, according to her Facebook profile. It is not clear when Burke and her estranged husband, Matthew Burke, were married.

She works as a dental assistant at office of Drs. Perratto and Chimenti in Holbrook, according to her Linkedin profile. She has worked there since October 2007.

Authorities allege that Renee Burke of #Holbrook attempted to #murder her estranged husband by putting anti-freeze into different drinks in his home.
More on @FiOS1News_LI. #FiOS1News @TimSini pic.twitter.com/1qG2Uij6AI

Renee Burke was held on $400,000 bond or $200,000 cash bail after appearing in court on January 3 to be arraigned on charges of attempted murder, attempted first-degree assault, second-degree burglary, two counts of endangering the welfare of a child and two counts of second-degree criminal contempt, according to the Suffolk County District Attorney’s Office. If convicted of those charges, Burke could face up to 25 years in prison, District Attorney Timothy Sini said.

Assistant District Attorney Nicholas Santomartino, of the Child Abuse and Domestic Violence Bureau, is prosecuting the case, the DA said. “The evidence in this case is strong, and that is because of the excellent work of Assistant District Attorney Nicholas Santomartino and the detectives in the Fifth Squad of the Suffolk County Police Department,” Sini said.

Burke could not be reached for comment by Heavy. It is not clear if she has hired an attorney. She is due back in Suffolk COunty court on February 7.

READ NEXT: Lawyer Threw His Wife’s Dogs Off a Balcony, Killing One, Cops Say