Brynne Merkley, 21, is the daughter of Democratic Senator Jeff Merkley from Oregon. He announced on March 5, 2019, that he had decided to forgo a run for president in 2020 and instead seek re-election to the Senate. He revealed the decision in a Facebook post.

His daughter is no stranger to the world of campaigning. Brynne Merkley has previously appeared in her father’s campaign ads.

Brynne Merkley is still a college student but she is already running her own company as well. She and fellow Cornell University student Colby Triolo launched the Worldwide Travel Network in 2017. They applied to the school’s eLab program, which helps students launch startups by providing business classes and guidance on creating a marketing plan.

?@artinnatural Tag the friends you love to travel with!
Follow for more content! ?
Do you want to get featured? Tag @worldwidetravelnetwork – – – – – – –
#instadaily #igdaily

The goal of the company is to connect people with like-minded travelers. Its mission is described on Linkedin as such:

“This is the age of experience, we want to create memories that last a lifetime. Combined with travel accommodations becoming easily accessible and social media sharing of new places, traveling is more accessible now than ever. However, far too often we don’t do this simply because we don’t have someone to journey with.

Our immediate circles don’t expand far enough to reach individuals who have the same schedule, budget, or travel personality. And, we know traveling alone isn’t always an option, especially for young women.

But, we also know that our users love traveling the world and going on adventures, so we are here to change this for you. By joining The Worldwide Travel Network you will connect with Wanderlust-ers from around the world that are compatible with you based on personality, age, travel destinations, budget, and more.”

2. Brynne Merkley Has Been Featured in her Father’s Campaigns, Including Playing Ping Pong in a 2014 Commercial

Brynne Merkley appeared in a campaign commercial in 2014, when she would have been 16 years old. The ad was part of her father’s re-election campaign for the U.S. Senate.

The commercial, titled “”Garage,” featured the entire family and was designed to showcase Merkley as an approachable, regular family man. It opens with Senator Merkley cleaning the garage before shifting to the kitchen where he hands his daughter a sandwich as she heads to school. His wife, Mary Sorteberg, makes an appearance as Merkley tosses her a set of car keys. Son Jonathan appears in the shot as Merkley fires up the grill in the backyard. The commercial ends back in the garage playing ping pong with Brynne.

Brynne Merkley attended the same high school as her father: David Douglas High in Portland. She appears to have graduated in 2015.

According to Athletic.net, Merkley was a runner in high school. She participated on both the cross country and track teams. The website lists her times running the 5,000-meter race in 2014 (equivalent to 3.1 miles). Her fastest time that year was 18 minutes and 55 seconds.

4. Brynne Merkley Competed in an Ironman Challenge With Her Father in 2016

Ironman complete! Even more special to have done it alongside my daughter

Brynne Merkley is the seasoned athlete but it appears Senator Merkley can keep up with her. They participated together in the Ironman Arizona challenge in November of 2016.

According to the event website, the triathlon begins with a “single-loop swim in Tempe Town Lake” that is 2.4 miles long. The second step is 112 miles on a bike, then a full marathon of running. Senator Merkley wrote on Facebook that they decided to do the triathlon as a way to celebrate his 60th birthday and Brynne’s 18th birthday.

The Merkleys also used the Ironman challenge to raise money for three Oregon organizations: Oregon Food Bank, Oregon Habitat for Humanity, and Friends of Trees. Brynne wrote on her Linkedin profile that they raised $21,300 for the charities.

A pleasure to be with daughter Brynne at a #Turkey Trot to start #Thanksgiving Day!

Brynne Merkley appears to be excelling as a college student. According to her Linkedin profile, she is studying environmental science and economics at Cornell University. She included that she made the Dean’s List. She is scheduled to graduate in 2020.

Prior to beginning college, Merkley participated in a “Gap Year” program through Portland State University. She wrote that she traveled through Central America learning about global agricultural practices and studying Spanish. She wrote that the experiences included volunteering at a turtle conservation center in Costa Rica, working on a permacultural farm in Nicaragua, and building a school in Guatemala.

Merkley states on her profile that she is interested in working in a job involving green energy and energy sustainability in the future. She wrote that she “believes that the means to defending the environment lies in the creation of innovative businesses that are environmentally and corporately sustainable. She desires to be part of the pioneering force that is paving a path to establish green business and living practices as the status quo.”

Brynne Merkley has included a variety of internships to her college resume. Her first one was on Capitol Hill working as a global policy intern for the ONE campaign. She explained that her role included lobbying lawmakers on Capitol Hill “regarding the allocation of the 2017 federal budget in favor of foreign aid, specifically highlighting the return on investment that foreign aid has on the U.S. economy.”

In the summer of 2016, Merkley worked as a research intern for the organization “Patriots of Ghana.” The work involved analyzing the impact of human trafficking on a small village by the coast and collaborating with the U.S. Ambassador to Ghana on creating a “sustainable community library program.”

The following year, Merkley spent the summer in Boston as an intern with BlueWave Solar. She interned on the product management team for the company, which aims to “make solar available to everyone, everywhere.”

In December of 2018, Merkley began an internship with Tesla in Palo Alto, California. She is also a teaching assistant at Cornell. 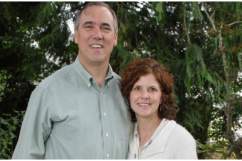 Loading more stories
wpDiscuz
0
0
Would love your thoughts, please comment.x
()
x
| Reply
Brynne Merkley is the daughter of Senator Jeff Merkley of Oregon, who will run for re-election in 2020.