Lauren Summer is a model and brand executive at Shagmag who went viral after she flashed her breasts with models Julia Rose and Kayla Lauren behind home plate during Game 5 of the World Series at Nationals Park.

Summer, 25, was attending the game with her friends and frequent collaborators Julia Rose and Kayla Lauren, who had planned the stunt to promote the Shagmag brand. Summer and Rose flashed the camera in the bottom of the 7th inning and were seen on live television (WARNING: Graphic Content).

As the game ended, viewers started posting videos from the game on Twitter showing the models topless. Summer and Rose took responsibility immediately and started retweeting fans that were able to capture the moment.

Their motivation for the stunt originally looked to be promoting Shagmag as the trio wore t-shirts emblazoned with the magazine’s logo. In a video Rose posted on Twitter right after they flashed the camera, the group promotes the magazine in addition to saying “donate to breast cancer” and “save the boobies”.

Summer responded to critics on Twitter who said the flashing was only a publicity stunt for Shagmag, tweeting “Our proceeds from @SHAGMAG_ will be going to women with breast cancer and paying off their medical bills. Meeting with them in person and doing whatever we can to help with the platform we have. ☺️”

Lauren and Julia posted letters they received from Vice President of Security and Baseball Operations at Major League Baseball, David Thomas, that banned them from all future MLB games and events.

“You violated the fan code of conduct by exposing yourself during the seventh inning in order to promote a business,” the letter reads. “You are hereby banned from all Major League Baseball stadiums and facilities, indefinitely.”

USA Today confirmed with MLB spokesman Michael Teevan that the league has “distributed a letter to the individuals in question, and the letter set forth an indefinite ban for each.”

Shagmag posted a video on YouTube detailing the incident:

Lauren Summer is a model from Apopka, Florida. She moved to Los Angeles, California to become a model. She is best friends and coworkers with models Julia Rose and Kayla Lauren. The three work as models and content producers at Shagmag.

Here’s what you need to know about Lauren Summer:

Have ingested more CBD than I can count. Super dizzy and confused and in an anxious fog. Love when people say mental illnesses like anxiety and panic disorder aren’t real but will send you home for a head cold. pic.twitter.com/g5J1xNYrEw

According to personal blogs on her website, Lauren suffers from “panic disorder,” and was on medication to treat it up until recently. She says in a blog post that she had spent “8 years on medication” before deciding to stop taking it in January 2018. She explained that she suffered from extreme fatigue and anxiety after she stopped taking the medication.

When she was first diagnosed, her doctor overprescribed her medication leading to her contracting Serotonin Syndrome, a condition caused by taking too many serotonergic drugs. The condition causes high blood pressure and hyperthermia and can be fatal if untreated.

She has 4 blog posts on her website that detail her journey and struggle living with the disease and offering tips to others going through the same. Her last blog post talked about holistic vs. traditional medicine and her experience taking Lexapro over the years vs. using yoga and herbal remedies to treat her condition.

She also revealed in her first blog post that she wanted to be a model from the time she was 7 years old and how her panic disorder made it difficult to achieve her dream. 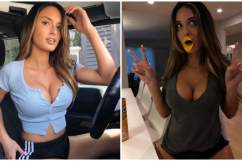 Before becoming a brand executive and a model for Shagmag, Summer posed nude for Playboy Magazine. She still poses nude on Instagram and in Shagmag but started out modeling for the iconic magazine. She regularly preaches body positivity and rallies against censorship in her posts.

Multiple photos removed in one day. Six posts this week so far. This isn’t just about me, this is about the hypocrisy and bias of only censoring and sexualizing a woman’s body. In addition, my YouTube was just demonetized yesterday for “Sexually Gratifying Content”. I make vlogs. I make hauls. This has all got to stop. The policing of women’s bodies has got to stop. There is a difference between sexy VS sexual content. The issue lies in Instagram (and YouTube) saying that a sexy women is against community guidelines and a threat to society. In the meantime, I will be using my Patreon much more, as it is the only platform I can post normal content. (Link In Bio) A lot of crap has been happening, but there is even more good on the way. You’re not even ready for this next chapter. So stay tuned, and #FuckYourCensorship ✊? Photo / @cameronnunez Makeup / @lilcarreiro Outfit / @honeybirdette Censor / @instagram 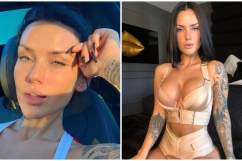 3. She Has a ‘Member’s Only’ Patreon Page

Lauren Summer has a private Patreon page that you can subscribe to for exclusive photos and video content. You can buy the silver membership for $20 or the gold membership for $150.

The gold membership gets you “exclusive access to my photos and videos that you can only get here! In addition, you’ll even get to see behind the scenes photo/video, as well as FULL HD videos!” The membership also gets you “one-on-one interaction” with Summer over social media or text.

Nude photos are not advertised or guaranteed but most likely included judging by the nude photos she’s featured in in the magazine Shagmag.

4. She Is Dating a Fellow Model & Florid Native

Lauren Summer is dating a fellow model and Florida native, Assad-Lawrence Hadi Shalhoub, according to their social media accounts. He wrote on Instagram in August, “Happy Birthday to this one @heylaurensummer ?. It’s been a wild three years and I wouldn’t have wanted any other way. To more memories and amazing experiences together. I love you ❤️?”

Like his girlfriend, Shalhoub is from Florida. He grew up in Vero Beach, Florida, and also moved out to California to become a model. He also works as a fitness trainer. They both also have private Patreons in common, as he has an account his fans can pay to follow.

In addition to her modeling photos, Summer regularly posts photos and videos of herself playing video games. Her console of choice is the Nintendo Switch and her game of choice is Zelda: Breath of the Wild.

She’s also a fan of Mario Kart and regularly invites fans to play with her. She also posted a photo of her playing popular indie title “Untitled Goose Game”

Similar to many Instagram models, she uses her love of gaming to connect with her fans and promote her brand.

Lauren Summer regularly posts ads on her Instagram account promoting other brands. One of those brands is Ignite, the marijuana company started by the “King of Instagram” Dan Bilzerian.

She posed with some photos in May in Ignite branded swimsuits and said “Summer is almost here, who’s ready for bikini season? ☀️ @ignite #ad”

Ignite takes a page out of Bilzerian’s marketing book and uses scantily clad supermodels to promote their products and showcase a luxury lifestyle.

READ NEXT: Everything you need to know about Julia Rose, The Other Flasher at Game 5 of the World Series

Loading more stories
wpDiscuz
0
0
Would love your thoughts, please comment.x
()
x
| Reply
Lauren Summer is an Instagram model and Brand Executive at Shagmag who was banned from MLB games after flashing her breasts during game 5 of the World Series.