Writer, playwright and outspoken AIDS activist Larry Kramer died in his Manhattan apartment on Wednesday, May 27. He was 84. Kramer’s husband, David Webster, said the cause of death was pneumonia, according to the New York Times.

In his life, Kramer developed a reputation as a fiery AIDS spokesperson who repeatedly berated both the government and the gay community for their apathetic response to the epidemic. Kramer referred to the AIDS crisis as a holocaust throughout his life and wrote the book Reports from the Holocaust: The Making of an AIDS Activist in 1989. His career as a writer for the stage, the screen and the library shelf put the AIDS epidemic front and center, and his aggressive work for AIDS organizations was credited with “putting medical treatment in the hands of patients” by Dr. Anthony Fauci, director of the U.S. National Institute of Allergy and Infectious Diseases.

We mourn the loss of our co-founder & hero Larry Kramer. He was an extraordinary activist & inspiration to us all. He saved the lives of thousands of ppl affected by HIV/AIDS. He was a revolutionary who challenged the status quo. His legacy will live on.
https://t.co/Rm15HFxP5I pic.twitter.com/URbOrmv7hx

Here’s what you need to know about Larry Kramer:

1. Kramer Was Diagnosed With HIV in 1988 and Faced Serious Health Challenges During His Life 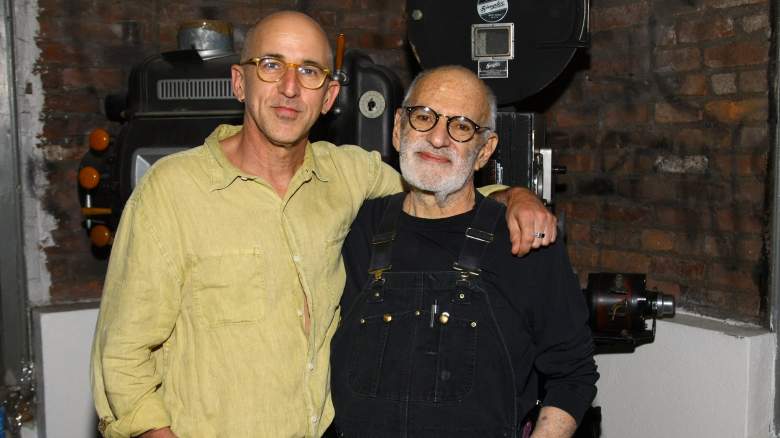 GettyDirector David Weissman (L) and playwright Larry Kramer attend the premiere of “We Were Here” at the Anthology Film Archive at the Courthouse Theater on August 31, 2011, in New York City.

According to the New York Times, Kramer was diagnosed with HIV in 1988 and faced health challenges during his life. In December 2001, Kramer underwent liver transplant surgery. Initially, Kramer was rejected from the Mount Sinai transplant list, and his struggle to get on an organ transplant list highlighted the prejudice against HIV-positive patients. Up until 1996, HIV patients were not considered appropriate transplant candidates, according to the New York Times, because their infection was likely to severely shorten their lifespan.

At the time of Kramer’s transplant, the Transplantation Institute in Pittsburgh had performed only nine organ transplants for HIV-positive patients in recent years, more than any other transplant provider. On December 21, Kramer successfully received a new liver from the Transplantation Institute, but not before Newsweek published a story about Kramer titled, “The Angry Prophet Is Dying.”

2. Kramer Was a Literary Triathlete Who Wrote Passionately About the AIDS Epidemic

Don’t know a soul who saw or read The Normal Heart and came away unmoved, unchanged. What an extraordinary writer, what a life.
Thank you, Larry Kramer. pic.twitter.com/M3hA0cNrCU

Kramer won widespread recognition during the 1960s, ’70s, and ’80s for his work as a screenwriter and his adamant activism amid the AIDS epidemic. In 1969, Kramer wrote the screenplay for the cinematic adaptation of W.H. Lawrence’s Women in Love, which was nominated for an Oscar for Best Writing in 1971. In 1982, after years of involvement in the AIDS movement, Kramer co-founded Gay Men’s Health Crisis, which “fights to end the AIDS epidemic and uplift the lives of all affected.”

These two passions collided in 1978 with the publication of Kramer’s novel Faggots, which received many positive reviews. Then, in 1985, Kramer wrote The Normal Heart, a largely autobiographical play, which debuted at The Public Theater to critical acclaim. The play had a nine-month run in the ’80s before it was revived on the stage in 2011. In 2014, The Normal Heart was adapted for the screen and went on to win a Primetime Emmy for Outstanding Television Movie. Kramer is credited for the screenplay alongside Ryan Murphy.

3. Kramer Was Famous for His Fiery, Impassioned and Aggressive Activism Against the AIDS Epidemic

In a speech from 1987 titled, “We have little to be proud of this Gay Pride Week,” reprinted in Josh Gottheimer’s collection Ripples of Hope: Great American Civil Rights Speeches, Kramer employed his sharp and confrontational style to demand action from the gay community.

What’s the number of dead friends at which you can decide to stop just sitting quietly like the good little boys and girls we were all brought up to be – and start taking rude, noisy, offensive political action? One? Ten? One hundred? It always amazes me when I tell people they have power, and they answer me, “Power? Me? What power?” How can you be so conservative, dumb, blind? You know what is going on better than anybody, and yet you are silent, you constantly, consistently, and continuously sit on your collective asses and refuse to use your power.

4. During His Fight Against the AIDS Epidemic, Kramer Called Fauci a Murderer 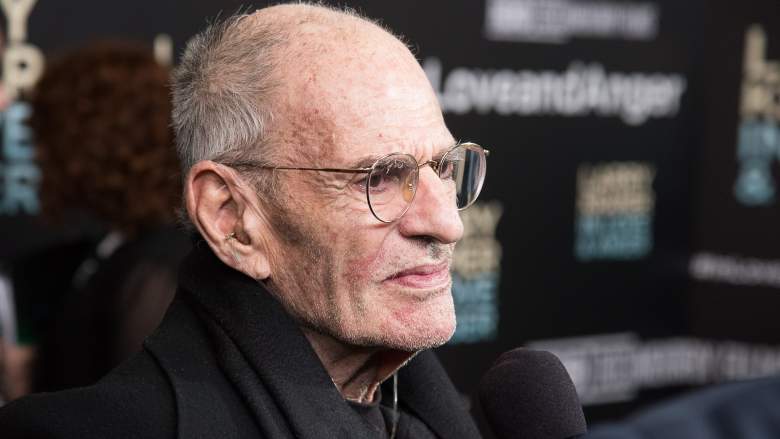 In an open letter published in the San Francisco Examiner in 1988, Kramer chastised Fauci, writing, “You are responsible for all government funded AIDS treatment research. In the name of right, you make decisions that cost the lives of others. I call the decisions you are making acts of murder.”

The pair had since become grudging friends. Fauci credited ACT UP, an organization Kramer was part of, with “putting medical treatment in the hands of patients, changing medicine in this country, and getting drugs to more people faster.” As Fauci became a public figure in the White House Coronavirus Task Force this spring, Kramer wrote to the New York Times, “We are friends again,” adding, “I’m feeling sorry for how he’s being treated. I emailed him this, but his one line answer was, ‘Hunker down.’”

“Once you got past the rhetoric,” Fauci said in an obituary in the New York Times, “you found that Larry Kramer made a lot of sense, and that he had a heart of gold.”

5. Kramer Was Writing a Play About COVID-19 at the Time of His Death 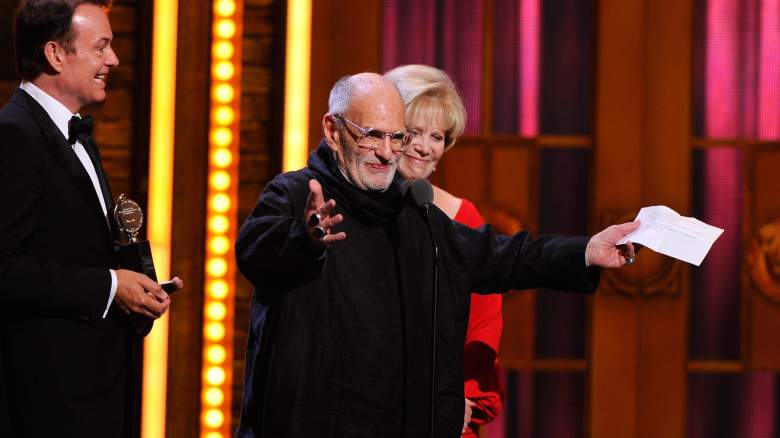 GettyKramer speaks onstage during the 65th Annual Tony Awards at the Beacon Theatre on June 12, 2011, in New York City.

In an interview with the New York Times in March, Kramer described his newest project: An Army of Lovers Must Not Die, a play “about gay people having to live through three plagues.” The three plagues, he said, are AIDS, COVID-19 and the decline of the human body.

“It’s been so long that I have been losing friends that it becomes surreal,” Kramer told the New York Times. “… I find it very hard to stay in touch with the outside world, because of the hardships we are all having to go through. You can read about everybody else’s experiences on Facebook, but it gets depressing after a while.”

“Show me a plague,” he wrote for the play according to the Times, “and I’ll show you the world!”

Loading more stories
wpDiscuz
0
0
Would love your thoughts, please comment.x
()
x
| Reply
Playwright and firebrand activist Larry Kramer died on Wednesday after a lifetime spent fighting for an end to the AIDS epidemic.