The next round of stimulus check payments could be “dramatic,” according to President Donald Trump. Trump talked about the upcoming stimulus package with reporters on Wednesday. When asked if Americans could expect a second round of COVID-19 payments, he replied, “I think we’re working on something that’s going to be very dramatic, very good.”

Trump went on, “I think we are looking at a Phase 4. Phase 1, 2 and 3 have been fantastic for people, generally…small business owners, also. But we’re looking at doing something else in addition.”

Questions have circulated in the last few months about the potential for another stimulus check to be distributed to the American people. Democrats passed the HEROES Act in the House, which would provide $1,200 in cash payments to individuals and extend the additional $600 per week in unemployment benefits until January. However, that $3 trillion package is not expected to pass the Senate. Trump has called the bill “dead on arrival.”

The Senate takes a two-week recess starting on July 4. This means that the Republican-controlled body would only vote on the next stimulus package in the last two weeks of July at the absolute earliest. Since the HEROES Act has been roundly described as “dead on arrival” in the Senate, it’s likely that another stimulus package would have to be put forth for a vote in the House first.

Given all of the things that have to take place before another stimulus package is signed by the president (a House vote and a Senate vote, both of which can take weeks to occur), it’s unlikely that the fourth stimulus package will be approved by August.

Still, Trump officials are maintaining a fast timeline for the upcoming package. Kevin Hassett, a senior economic advisor to Trump, recently confirmed this timeline. He said, per the Wall Street Journal, “The president stated that we’re probably going to have to have some targeted help for the travel and leisure industry because that’s the hardest hit, and it’s going to be slowest to come back. Other pockets like that might emerge in July that we see that might require some targeted policies and we’re studying it.”

Though Hassett pointed out that many of the details around a fourth stimulus package are yet unknown, he maintained that “absolutely, 100 percent” there would be another stimulus package passed in the coming months.

Trump Said ‘the Economy Is Starting to Roar’

GettyTrump at his first campaign rally in the wake of the COVID-19 pandemic in Tulsa.

Despite floating the idea of a second stimulus payment to the American people, Trump said he thinks the economy is recovering and he isn’t worried about a second wave of coronavirus in the U.S. Experts have said a second wave is expected and have said Trump’s claims that the virus is going away are not true, and his administration is preparing for another wave of COVID-19 in the fall, according to CNN.

In an interview with Nexstar’s Anna Wiernicki on June 18, Trump said:

The economy is really starting to roar. We had the greatest job numbers in our history last month. We had great retail numbers … also the best in history. Up 17.7 percent … they were expecting 6 percent, 5 percent, maybe 7 percent then we were 17.7. So the economy is roaring back … the plague as I call it. The virus is abating … we know how to handle it. We know where to go and how to do it.

On worrying about a potential second wave of the coronavirus pandemic, Trump added, “No, I’m not because we know how to put it out. We may have flames and we may have embers, but I was talking to Mike Pence the other day and he was saying that out of over 3,000 counties, there is just a very tiny proportion of them that have any kind of a little bit of an outbreak. And what we’ve done is we’ve closed that down, and we take care of it. But no, I’m not concerned about it at all.” 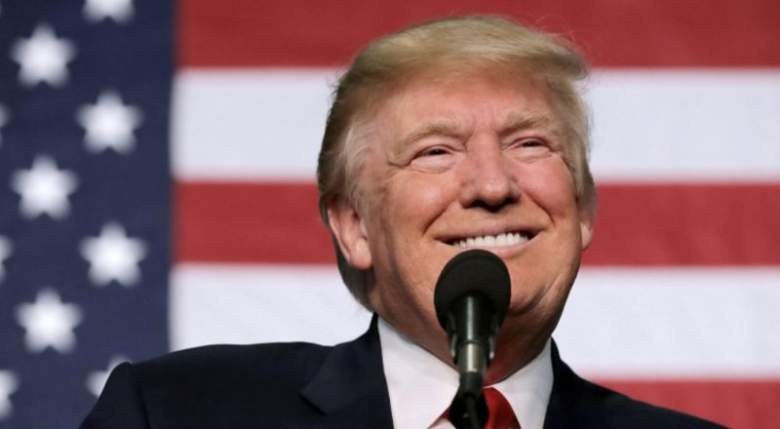 Here’s how the proposed “Explore America” credit would work: rather than receiving money directly through a check, direct deposit or debit card payment, taxpayers could file for tax deductions for domestic travel expenses “incurred while traveling away from home in the U.S.,” Forbes reported. The proposal would offer tax credits for amounts over $50 spent at American restaurants, hotels and other businesses in the travel industry, according to Forbes.

READ NEXT: Coronavirus ‘Vacation Credit’: How Much Would You Get?