Lee Jeffers has been identified as the white man who harassed teenage girls, one of whom was black, in a gated community in Florida on June 14. In a video that has since gone viral, Jeffers told the girls repeatedly that they didn’t “belong” in the development, even though one of them lives there. He also threatened to get them arrested.

According to his LinkedIn, Jeffers is employed as an Immigration Services Analyst for the Department of Homeland Security.

The exchange between Jeffers and the group of teenage girls took place in Wellington, Florida, while they were in a golf cart and he was in his car, the girls said. However, the video only starts after Jeffers has pulled over and gotten out of his car.

Breonna Nelson-Hicks, 15, was one of the girls who interacted with Jeffers. Nelson-Hicks is black and lives in the development with her grandfather, Tony Nelson. As Nelson-Hicks and her friends were approaching her house, they say Jeffers pulled over and told them they shouldn’t be there. At one point, Jeffers said, “I don’t care if you take my picture … because you don’t belong in this development.”

While one of Nelson-Hicks’ friends videotaped Jeffers, she went inside the house to get her grandfather.

Nelson confronted Jeffers, which you can see at the end of the video. Nelson told the Palm Beach Post about the incident, “It’s not going away. I can’t let it die. … People aren’t understanding what’s going on.”

A spokesman for U.S. Citizenship and Immigration Services gave the following statement to the Palm Beach Post: “We are looking into the matter that has been reported in the press about this individual’s off-duty behavior. The video is certainly disturbing, and we are working to get all available information in considering what action, if any, may be appropriate for the agency to take.”

WATCH: Jeffers Tells the Girls They ‘Do Not Deserve to Be in Here’

RETWEET until this man is identified!

He harassed a group of black teens in a gated community in the affluent Village of Wellington, here in my county.

According to him, "they didn't belong in this development."

According to the teens, he threatened to hit them w/ his car. pic.twitter.com/ALynLUvS9E

The video of the interaction between Jeffers and the teens starts after Jeffers has pulled his car over. In the video, Jeffers and the girls interact for about a minute, with Jeffers repeatedly telling them they don’t “belong” in his development, even though Nelson-Hicks tells him she lives there.

Jeffers asks the girls where they live. When they refuse to answer, he says, “I’m going to call the gate and have you all arrested.”

“What did we even do wrong?” one girl says as Jeffers walks back toward his car. He speaks to another neighbor standing in a yard nearby, but that neighbor’s words are unintelligible. Jeffers replies to that neighbor that he had to wait for “five minutes” for the girls to get out of the road.

The girls insist they were trying to move out of his way, and one girl says he threatened to hit them with his car. When Nelson-Hicks tells Jeffers she can get her grandfather if he has a problem, Jeffers replies, “Bring him out right now.”

At that point, a neighbor can be heard telling the girls waiting outside that Jeffers is “not worth it.” The girls thank her.

In the latter half of the video, one of the girls reminds Jeffers that he is arguing with “15-year-old girls.”

Jeffers replies, “Because you’re 15 years old, you could marry in Mississippi or Alabama.”

“This is not Mississippi or Alabama it’s Florida,” one girl says in return.

“Did you threaten these girls?” Nelson asks Jeffers, and Jeffers replies, “I did not.” The girls say they have it on video, and then Nelson asks for the video and the recording ends. 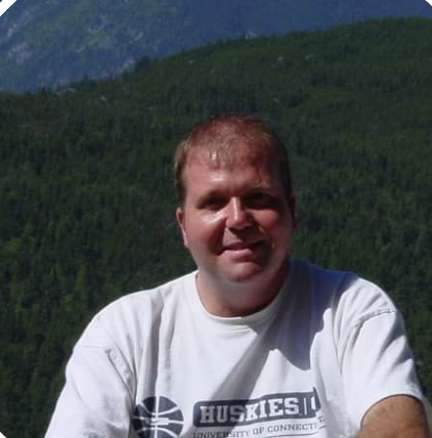 According to his LinkedIn profile, Jeffers is employed as an Immigration Services Analyst for the Department of Homeland Security and has held the position since 2012.

Before it was apparently deleted, Jeffers’ Facebook profile said he previously worked as an Operations Support Specialist for the U.S. Postal Service and went to the University of Hartford.

Read More
Racism
Follow Heavy ↓
wpDiscuz
0
0
Would love your thoughts, please comment.x
()
x
| Reply
Lee Jeffers is the man who harassed teenage girls in Wellington, Florida, in a video that’s since gone viral. He works for the Department of Homeland Security.