Travis Yates is a Tulsa Police Department Major who is under fire for comments he made on The Pat Campbell Show podcast about police brutality and systemic racism. During that podcast episode, Yates said he believes systemic racism “doesn’t exist” and then referenced research that “says we’re shooting African-Americans about 24% less than we probably ought to be.”

Campbell noted at one point that Yates was “speaking on his own behalf, not representing the department.”

The full statement by Yates including that statistic reads,

If a certain group is committing more crimes, more violent crimes, and law enforcement’s having to come into more contact with them, that number is going to be higher. Who in the world in their right mind would think that our shootings should be right along the U.S. Census lines? That’s insanity. All of the research says we’re shooting African-Americans about 24% less than we probably ought to be, based on the crimes being committed.

Yates has since said an article by Public Radio Tulsa took his quote out of context, and that he was only referencing the beliefs of researchers Roland Fryer, Heather MacDonald and the National Academy of Sciences, but he has not provided a link.

Yates’ rebuttal statement reads in part, “Clearly the published article does not reflect my hypothetical discussion of statistics based on the research of others. It makes no mention of the sources I cited. And it absolutely does not factually reflect my words.”

You can listen to the full 38-minute podcast episode here.

During the podcast episode, Yates said Tucker Carlson is “the only journalist” who is reporting on the topic of police conduct correctly.

Yates on George Floyd’s Killing: ‘Justice Has Been Served’ 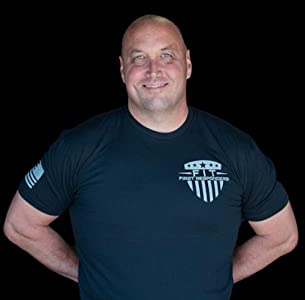 During his conversation with Campbell, Yates talked about his confusion and displeasure with the protests that have taken place in the wake of George Floyd’s death. “The officer was arrested the next day,” he said. “They were prosecuted, they were fired. What are you doing? What do you mean, ‘justice?’ Justice at this point has been done. Well, then it turned into systematic racism, systematic police brutality.”

Yates continued, “This is what they’re trying to say that all these changes need to come from: this is why we’re protesting, this is why we’re rioting. Because of systematic abuse of power and racism. That just doesn’t exist.”

Richard Meulenberg, captain of the Tulsa Police Department, has said that the department’s police chief will decide what to do with Yates’ comments, if anything. “Everybody’s got a right to their opinion,” Meulenberg said. “Obviously, he being a major with the Tulsa Police Department, it carries some weight that he has his opinion, and we’ll have to just kind of go through this. I mean, I can’t speak upon the thing that he talked about here because I don’t have the data. I can’t refute or substantiate what it is that he said here.”

Did you miss out on the Racism Stinks 5k this morning?

We didn't miss out on it.

Officers were out blocking streets and securing the route to keep the runners safe.

Yates has spoken publicly in defense of police officers in the past. In 2016, he wrote an essay titled “Follow Commands or Die,” in which he argued, “You can debate all day long about what proper police force is, when it should be used and if the entire criminal justice system is racist but there is one thing in common with every so called ‘excessive force’ video you have seen in recent years: The suspect is not following commands.”

Yates wrote, “Would we even know where Ferguson was if Michael Brown would have simply got out of the street like the officer had asked him to do?”

Another essay, titled “We Are at War!” was published on a site called LawOfficer, of which Yates was the editor-in-chief at the time. Though the essay has since been taken down, Yates’ defense of it offers a summary of what he wrote. He said, per Tulsa World, “You’d be naive to not look on TV the last couple of weeks and see men with assault rifles attacking our men in military fashion and not think there’s some sort of war against police.”

According to his Amazon bio, Yates is “one of the most prolific writers in law enforcement, authoring hundreds of articles on officer safety, risk management and leadership.” He wrote The Courageous Police Leader: A Survival Guide for Combatting Cowards, Chaos, and Lies, which is available on Amazon.

The Courageous Leader Institute can be found at stopcowards.com.

Read More
Crime, Racism
Follow Heavy ↓
wpDiscuz
0
0
Would love your thoughts, please comment.x
()
x
| Reply
Travis Yates, a Tulsa police major, is under fire for comments he made suggesting that police officers should shoot black people “probably more often” than they are.