The second round of COVID-19 stimulus checks might arrive in Americans’ bank accounts as early as late August or September, if Congress can vote in favor of the latest stimulus package proposal. But which Americans can expect to receive these payments?

The latest stimulus package was revealed by Senate Majority Leader Mitch McConnell at the end of July. It’s called the HEALS Act (Health, Economic Assistance, Liability Protection & Schools Act) and includes an identical stimulus check proposal as the first one, which came from the CARES Act in March. The HEALS Act, if approved, will have the same eligibility criteria for stimulus checks that the CARES Act did. This is a stark contrast to some of the legislation that Democrats have recently proposed, which would aim to expand the scope of eligibility for pandemic relief.

Here’s what you need to know about who qualifies for the next round of payments and who does not:

Who Will Receive a Second Round of Payments via the HEALS Act? 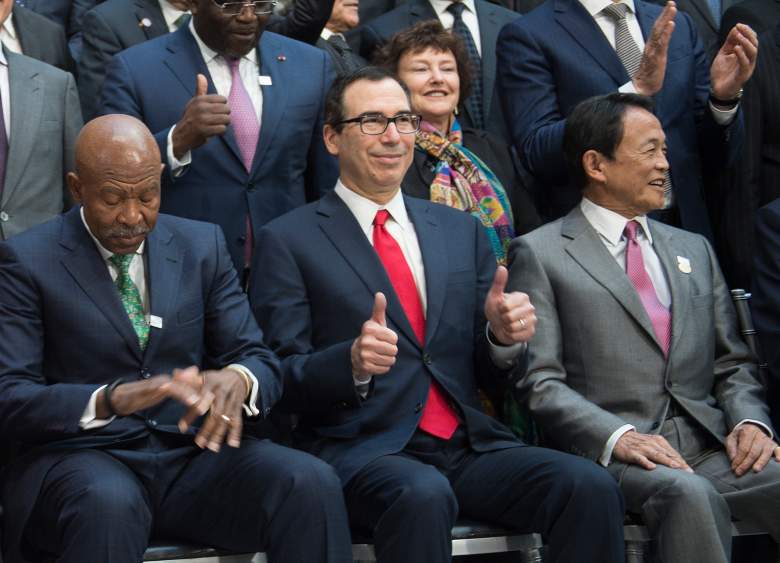 Eligibility for a second round of stimulus payments will be based on your most recent adjusted gross income. The general structure of the stimulus check amounts, as established in the CARES Act, is:

In a press release from his office, McConnell outlined the structure of the HEALS Act. “We have produced a tailored and targeted draft that will cut right to the heart of three distinct crises facing our country: getting kids back in school, getting workers back to work, and winning the healthcare fight against the virus,” McConnell said. “Kids, jobs, and healthcare.”

The HEALS Act Will Face Stiff Opposition From Some Senate Republicans, as Well as Senate Democrats

Folks, we're in the middle of a war — and it's going to take all hands on deck to win it. How can YOU contribute to victory?

Although the HEALS Act is a Republican-spearheaded package and has White House support, many Senate Republicans have indicated their disapproval with providing more aid to the American people.

To Fox News this week, Senator Lindsey Graham told Fox News (per Forbes) that “half of the Republicans are going to vote ‘no’ on any more aid. That’s just a fact.”

Senator Ted Cruz is one of those Republicans who intend to vote “no” against providing more direct relief to Americans. He said, per CNN, “I’m not only a ‘no.’ I’m a ‘hell no.’”

The House of Representatives is set to go on summer recess on July 31, and the Senate is set to go on recess on August 7. The House is expected to delay summer recess to discuss this proposal, making it possible it could move through the House and Senate before the break so the president could sign the proposal into law. If that were to happen, Americans could expect their next stimulus payment as early as the third week of August.

If Congress can’t come to an agreement before the summer break, then Americans should expect their next stimulus payment to come no earlier than mid-September. As for how quickly Congress is expected to move through this proposal, it could go either way.

Loading more stories
wpDiscuz
0
0
Would love your thoughts, please comment.x
()
x
| Reply
The HEALS Act will offer a second round of stimulus payments if it passes. Here’s who qualifies for the second round of payments in this proposal.