A Las Vegas woman crashed her car while driving while intoxicated and the crash killed her one-year-old son. Lauren Prescia, 23, was charged with a DUI resulting in death, felony reckless driving and abuse and neglect or endangerment of a child due to the fatal car accident, FOX 5 reported. Prescia’s bail was set at $50,000.

1. Prescia Was Going 121 MPH Seconds Before the Crash

Prescia was meeting with her son’s father, Cameron Hubbard-Jones, to exchange custody of the child on July 12 and Prescia bet Jones she could beat him home around 7:30 p.m, FOX 5 reported. The two raced each other and Prescia, who was driving a 2020 Hyundai Sonata, hit a 2011 Nissan Sentra at an intersection. Police told Fox 5 that Prescia was driving 121 miles per hour 2.5 seconds before she hit the other vehicle.

“The extreme speeds and driving behaviors were indicative of a speed contest between the two parents of the deceased juvenile,” stated a news release from the Las Vegas Metropolitan Police Department.

Prescia also “severed the right half of the vehicle from the Hyundai” according to the news release.

According to the arrest report,  Prescia admitted she had two 12-ounce White Claw hard seltzers around 4 p.m and that she “had blood-shot eyes and [the officer] could smell that she was emitting a strong odor of an alcoholic beverage from her person.” She couldn’t do a sobriety test due to receiving medical treatment.

At one point, Hubbard-Jones said he told Prescia  “to slow down because she had his son in the car with her,”  the arrest report said.

Prescia’s one-year-old son, identified by Fox 5 as Royce Jones, was sitting in a front-facing car seat on the right passenger side of her Hyundai and was ejected from the vehicle after Prescia hit a marquee near a shopping plaza. Jones suffered head trauma and was “pronounced dead at the scene” according to the police’s new release. His death was confirmed by a Clark County Coroner’s investigator at 1:10 a.m. on July 13 Fox 5 reported.

According to the Las Vegas Review Journal, a candlelight vigil was held for Jones at Buckskin Basin Park and there were several verbal altercations towards the end of the gathering.

3. The Father of Prescia’s Son Was Also Arrested 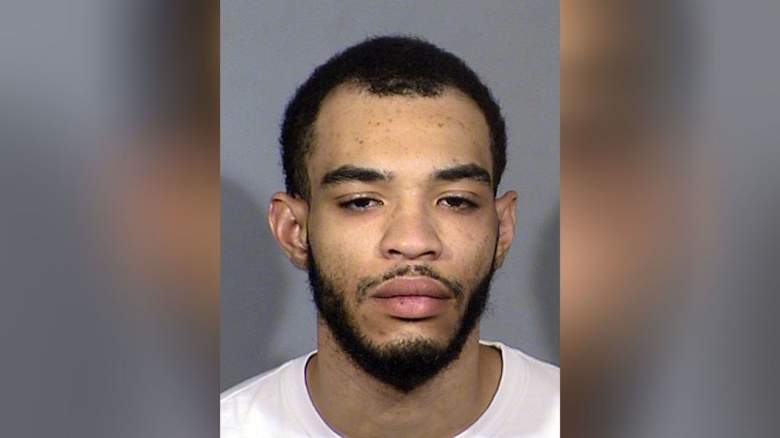 Hubbard-Jones, 23, was arrested for reckless driving for his role in the race that resulted in the death of his son, according to an updated news release from police. KTNV reported that he is currently being held without bail due to “prior convictions for battery resulting in substantial bodily harm,” which you will read more about below. He didn’t appear in court on July 16 due to medical reasons, according to KTNV.

Hubbard-Jones and Prescia have a violent past with each other. The Las Vegas Review Journal reported that Hubbard-Jones was convicted of battery with substantial bodily harm and battery constituting domestic violence due to a violent encounter with Prescia in 2019. It was also reported that there was a criminal complaint from December 2018 that he punched Prescia in the face. Hubbard-Jones was given a suspended sentence of 12 to 34 months and received probation.

Initially Prescia was being held without bail according to People and was able to be arraigned on July 14.  According to the Las Vegas Sun, Prescia has already posted bail from the Clark County Detention Center. KXNT reported that she missed her court appearance on July 16 due to medical issues. Prescia’s public defender said he would no longer be assigned to her case due to conflict. Since Prescia and Hubbard-Jones missed their court appearances, they have been ordered to appear on July 21.