Democratic presidential candidate Joe Biden has picked California U.S. Senator Kamala Harris to be his running mate. The 55-year-old Harris would be the first Black vice president and the first woman to hold the office. She joins Biden, who was vice president under President Barack Obama for two terms, at the top of the Democrats’ 2020 presidential ticket.

Biden made his announcement on his website and in a text message and email to supporters. Biden switched the website to say Biden Harris, and it now shows a photo of him with the California senator. Biden and Harris will hold their first event together as a ticket on August 12 in Delaware, the campaign announced.

Biden said on Twitter it was his “great honor” to announce Harris as his selection, saying she is “a fearless fighter for the little guy, and one of the country’s finest public servants.” Biden added, “Back when Kamala was Attorney General, she worked closely with Beau. I watched as they took on the big banks, lifted up working people, and protected women and kids from abuse. I was proud then, and I’m proud now to have her as my partner in this campaign.”

Biden’s late son, Beau Biden, was attorney general of Delaware before he died of cancer in 2015.

Harris tweeted, “Joe Biden can unify the American people because he’s spent his life fighting for us. And as president, he’ll build an America that lives up to our ideals. I’m honored to join him as our party’s nominee for Vice President, and do what it takes to make him our Commander-in-Chief.”

Biden committed in March to choosing a woman to run as his vice presidential candidate, saying during a debate on CNN, “I will, in fact, appoint a woman to be vice president. There are a number of women qualified to be president tomorrow.” Biden also said if he is elected his cabinet and administration will “look like the country,” during the debate.

Biden’s selection of the California U.S. Senator to be his running mate is a history making one. Harris is the first Black vice presidential candidate on a major party ticket and only the third woman to be a vice presidential nominee, joining Republican Sarah Palin and Democrat Geraldine Ferraro.

Harris Has Been a U.S. Senator Since 2017 & Was Previously a Prosecutor

Harris has served in the U.S. Senate since January 2017, when she was elected to fill the seat vacated by fellow Democrat Barbara Boxer, following Boxer’s retirement. Harris previously served as California’s attorney general from 2011 to 2017 and as San Francisco’s district attorney from 2004 to 2011.

Harris, who graduated from Howard University and the University of California Hastings College of Law, has worked in public service her entire career. She was a deputy district attorney in Alameda County and an assistant district attorney and city attorney in San Francisco. Harris is married to entertainment lawyer Doug Emhoff and she is stepmother to his two children, Cole and Ella.

Harris is a California native. She was born in Oakland on October 20, 1964. Harris’ father, Donald Harris, was born in Jamaica and is a naturalized U.S. citizen. He is a prominent Stanford University economics professor. Her mother, Shyamala Gopalan, died in 2009. She was born in India as the daughter of a high-ranking member of the country’s government. She later moved to California and studied at Cal-Berkeley and worked as a researcher at the university before her death.

Harris’ family is involved in public life. Her sister, Maya Harris, is a lawyer and public policy advocate who works as a political analyst at MSNBC. Kamala Harris’ brother-in-law, Tony West, is general counsel at Uber and worked in the Department of Justice. Maya Harris and Tony West’s daughter, Kamala’s niece, Meena Harris, is also a lawyer and wrote a children’s book about her mother and aunt.

Harris had her detractors among Biden allies in the run up to his selection. In late July, Politico reported Harris was not a lock to be Biden’s VP choice because of the Democratic primary campaign. According to Politico, former Connecticut U.S. Senator Chris Dodd, a longtime Biden ally who was helping to lead the running mate search, told another Biden supporter and donor there were concerns about Harris’ loyalty because she attacked Biden during the first Democratic debate.

The Biden supporter anonymously told Politico Dodd had told him he asked Harris about the debate clash and Dodd said, “she laughed and said, ‘that’s politics.'” Dodd told the donor, “she had no remorse,” according to Politico.

During the first Democratic primary debate, in June 2019, Harris brought up race and said Biden had made “very hurtful” comments in the past about work he did with segregationist senators James Eastland and Herman Talmadge. She also said Biden opposed school busing in the 1970s, and, in a memorable moment, said, “There was a little girl in California who was a part of the second class to integrate her public schools and she was bused to school every day. And that little girl was me.” 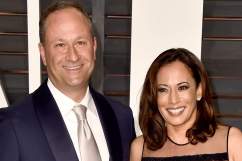 Harris has also faced backlash from criminal justice reform leaders because of her time as a prosecutor in San Francisco and as California’s attorney general. According to CNN, Harris has been criticized for not being a “progressive prosecutor.”

According to The Appeal, Harris used technicalities to keep wrongfully convicted people behind bars and failed to hold police and prosecutors accountable for corruption and wrongdoing. Harris has also faced criticism for championing a California truancy law that allowed for parents to be punished, even jailed, for the habitual school absences of their children, according to the Los Angeles Times.

During her campaign, Harris said she learned lessons during her time as a prosecutor and attorney general. In September 2019, while still running for president, Harris rolled out a criminal justice reform plan that called for an end to federal mandatory minimum sentences, a moratorium on the death penalty and the phasing out of for-profit prisons and cash bail. She also called for the legalization of marijuana.