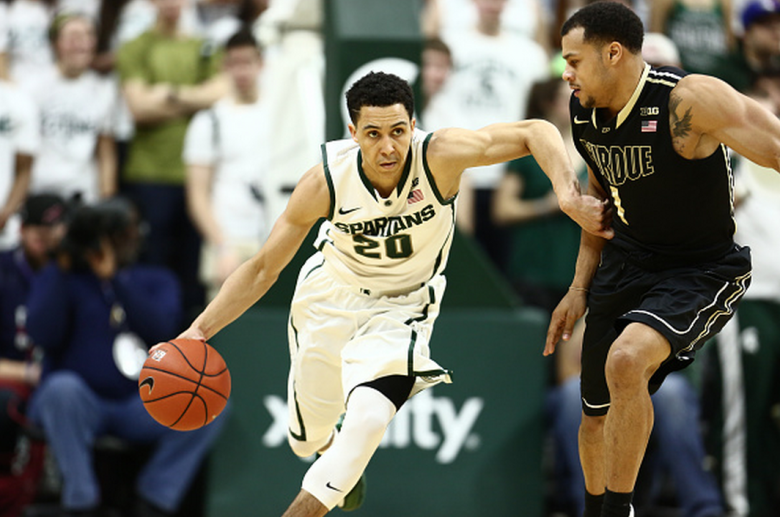 Travis Trice #20 of the Michigan State Spartans dribbles the ball during the game against Bryson Scott #1 of the Purdue Boilermakers at the Breslin Center on March 4, 2015 in East Lansing, Michigan. (Getty)

After making it to the Elite Eight last March, Michigan State came in with a No. 18 preseason ranking, but have had a roller-coaster year since. The Spartans are 21-10 (12-6), but when you breakdown their 10 losses, most have come to ranked opponents, four were in overtime and all but two were by a deficit of seven points or less.

And even with the ups and downs, Michigan State still stamped their ticket to the dance when they were chosen by the selection committee. MSU will face-off against Georgia in the round of 64.

Georgia is coming off a season that ended with a 20-14 overall record, 12-6 in the SEC and a third round dismissal by Louisiana Tech in the NIT, Georgia has a different perspective this season. The Bulldogs are 20-10 overall, 11-7 in the conference and gave Kentucky, who has a flawless record, a run for their money on March 3. The Bulldogs fell 72-64 to the Wildcats, but not only led down the stretch, but were also tied with the top team in the nation with just under three minutes remaining.