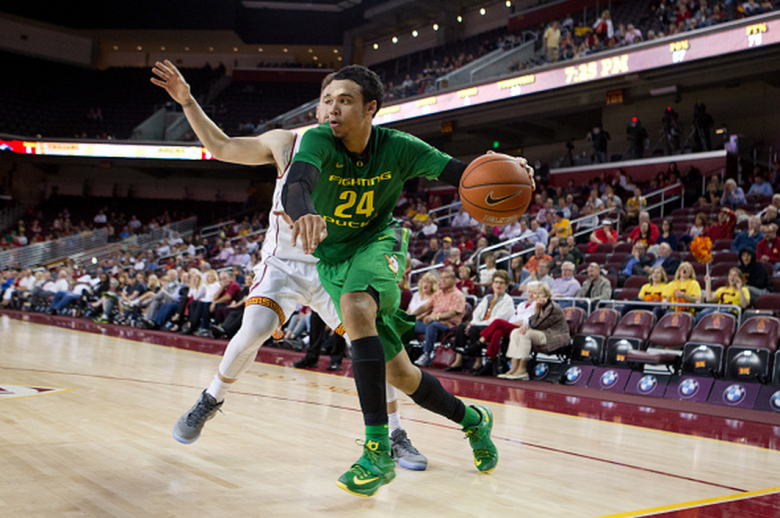 Dillon Brooks #24 of the Oregon Ducks drives to the basket against Katin Reinhardt #1 of the USC Trojans during the second period at Galen Center on February 11, 2015 in Los Angeles, California. (Getty)

Oregon played two rounds before being dismissed by Wisconsin in last year’s NCAA Tournament. This year the Ducks are 24-8 overall, 13-5 Pac-12, finished runner-up behind Arizona in the conference tournament and received a ticket to the dance by the selection committee.

The Ducks will play Oklahoma State in the round of 64.

The Cowboys finished 18-13 overall and 8-10 in the Big 12. Oklahoma State was knocked out of the Big 12 Tournament by in-state rival Oklahoma. Oklahoma State was sent home early last March when they fell to Gonzaga, 85-77. Fast-forward to this year and the Cowboys’ record may not show it, they have shown strength yet again. OK State finished 18-13 overall and 8-10 in the Big 12. The Cowboys also notched wins over ranked opponents such as Baylor, Texas and Kansas.