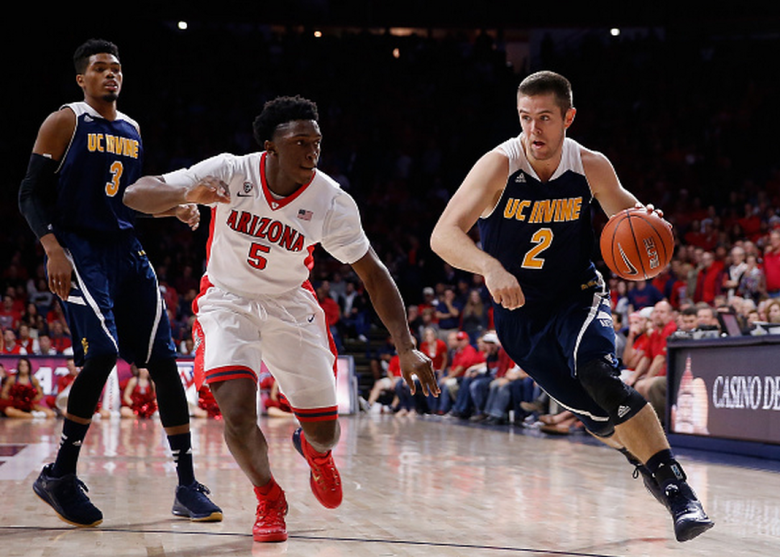 Travis Souza #2 of the UC Irvine Anteaters dirves the ball past Stanley Johnson #5 of the Arizona Wildcats during the college basketball game at McKale Center on November 19, 2014 in Tucson, Arizona. The Wildcats defeated the Anteaters 71-54. (Getty)

March Madness 2015 hasn’t even started yet and there’s already been some surprises. One of those is UC Irvine winning the Big West Conference Tournament and earning an automatic bid to the dance.

At 21-12 overall and 11-5 in the Big West, the Anteaters weren’t even on the bubble watch and now they’ll be pulling on their jerseys, lacing up their shoes and competing in the NCAA Tournament.

You can meet the Anteaters here and see their path to the NCAA Tournament in their season schedule.

Here’s what you need to know about UC Irvine: 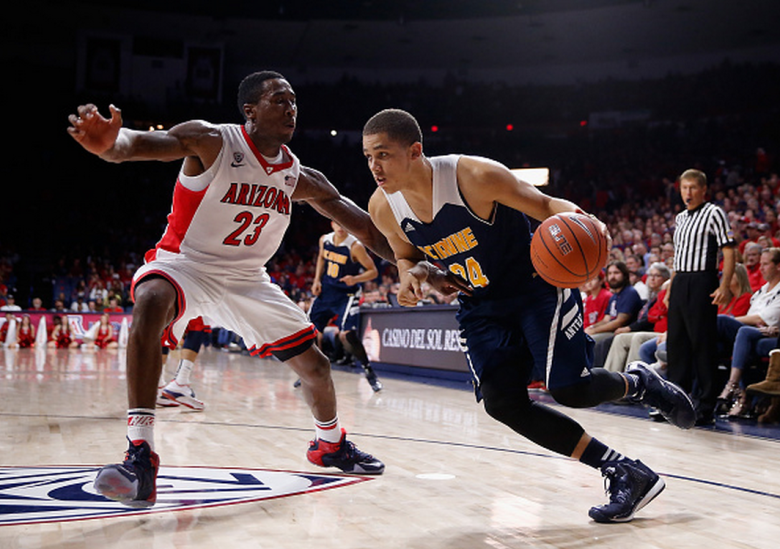 Dominique Dunning #24 of the UC Irvine Anteaters drives the ball past Rondae Hollis-Jefferson #23 of the Arizona Wildcats during the college basketball game at McKale Center on November 19, 2014 in Tucson, Arizona. The Wildcats defeated the Anteaters 71-54. (Getty)

Last year, UC Irvine made it to the NIT, but lost in the first round to SMU, 54-68. The Anteaters have made a total five NIT appearances.

In 2013, the Anteaters competed in their lone CIT berth. They defeated High Point, 80-71 in the first round, but lost in the second round to Oral Roberts, 76-62. 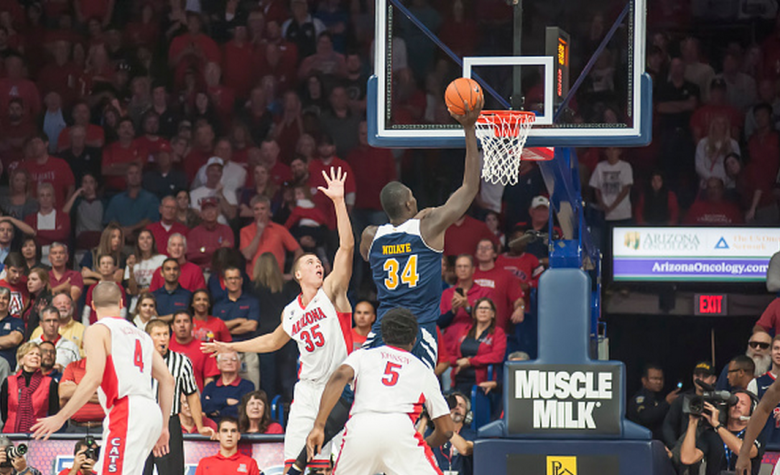 Center Mamadou Ndiaye #34 of the UC Irvine Anteaters scores while being defended by center Kaleb Tarczewski #35 of the Arizona Wildcats at McKale Center on November 19, 2014 in Tucson, Arizona. (Getty)

In 1965, UC Irvine’s basketball program was born. The Anteaters competed as an independent NCAA Division II team and went 15-11 in back-to-back years under the direction of Danny Rogers. The next two season, under the helm of Dick Davis, UC Irvine went a combined 39-17. Tim Tift took over the program in 1969. During his tenure, UC Irvine moved to a NCAA Division I program in 1977 as a member of the Pacific Coast Athletic Association. Tift continue to coach until 1980.

The Anteaters stayed in the PCAA until 1991 when they joined the Big West Conference, which has continued to be their home ever since.

3. Will Davis II Leads the Anteaters In Scoring and Rebounding

Will Davis II has shown what it means to have senior leadership. The 6-foot-8 forward leads the team in scoring and rebounding – 12.9 and 7.0 respectively. He is also shooting 54.1 percent from the field.

Davis II is joined by sophomore Luke Nelson, who leads the team in assists – 4.0, and is second in scoring – 10.5. And you literally can’t miss fellow sophomore Mamadou Ndiaye. The 7-foot-6 center from Senegal is third in scoring – 10.4, but dominates the boards for the Anteaters – averaging 5.1 rebounds per game.

4. Russell Turner Is In His 5th Season as Head Coach 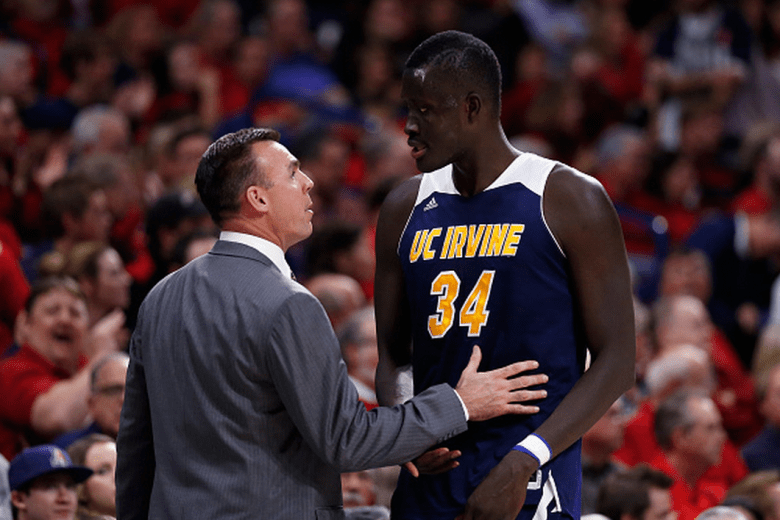 Head coach Russell Turner of the UC Irvine Anteaters talks with Mamadou Ndiaye #34 during the second half of the college basketball game against the Arizona Wildcats at McKale Center on November 19, 2014 in Tucson, Arizona. The Wildcats defeated the Anteaters 71-54. (Getty)

Russell Turner, 44, played college ball for Hampden-Sydney College in Virginia from 1988-1992. After graduation Turner didn’t leave his alma mater, instead he took the assistant coaching job at Hampden-Sydney.

Then in 2000, Turner spent time as the San Francisco women’s assistant coach before assisting at Stanford. After four years he moved to the NBA to join the Golden State Warriors team as an assistant coach. Following six years in the pros, Turner returned to college to take the helm at UC Irvine. 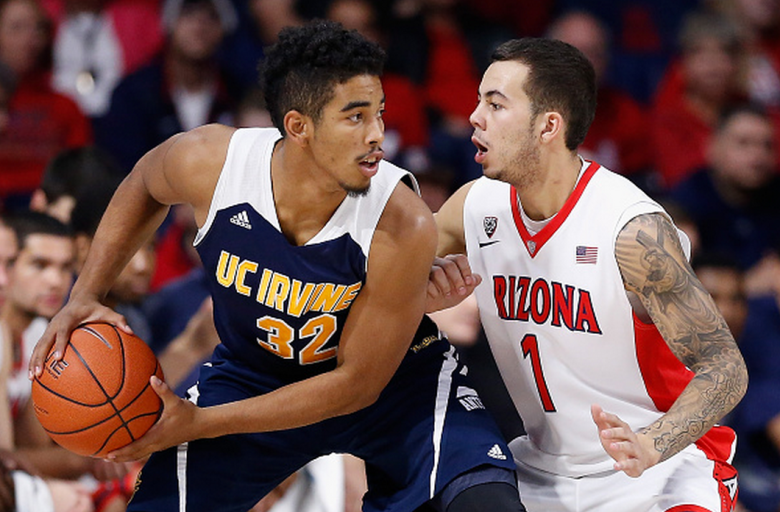 Aaron Wright #32 of the UC Irvine Anteaters looks to pass around Gabe York #1 of the Arizona Wildcats during the first half of the college basketball game at McKale Center on November 19, 2014 in Tucson, Arizona. (Getty)

UC Irvine is located in Irvine, California, which is just 8.5 miles east of Newport Beach and 14.6 miles southeast of Huntington Beach.