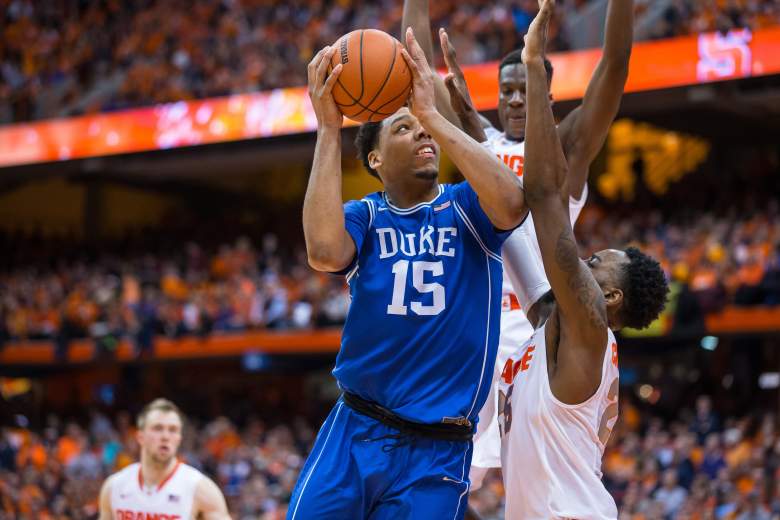 Jahlil Okafor leads No. 4 Duke vs. Syracuse on Saturday. (Getty)

A removed from a stunning early tournament dismissal, Duke has had a milestone. The Blue Devils have the No. 1 projected NBA Draft pick in their starting five and the most winningest coach in NCAA history at the helm. Duke earned a No. 1 seed in the bracket after being selected by the committee.

The Blue Devils will face-off against Robert Morris.

The Colonials are 20-14 (12-6) and after losing in the Northeast Conference Tournament title game a year ago, they took care of business in this year’s contest to snatch the league’s automatic bid to the tournament – their first since going in back-to-back years – 2009 and 2010. RMU bypassed North Florida in the First Four to earn the No. 16 seed and a date with Duke.

The game starts at 7:10 p.m. Eastern and will be covered by CBS. The announcers for the game will be Jim Nantz, Bill Raftery, Grant Hill and Tracy Wolfson.

The winner between Duke and Robert Morris will move on to face the winner of the No. 8 San Diego State vs. No. 9 St. John’s game. That game will take place on Sunday, March 22.

But before that happens, here’s how to watch Duke vs. Robert Morris online and on mobile: 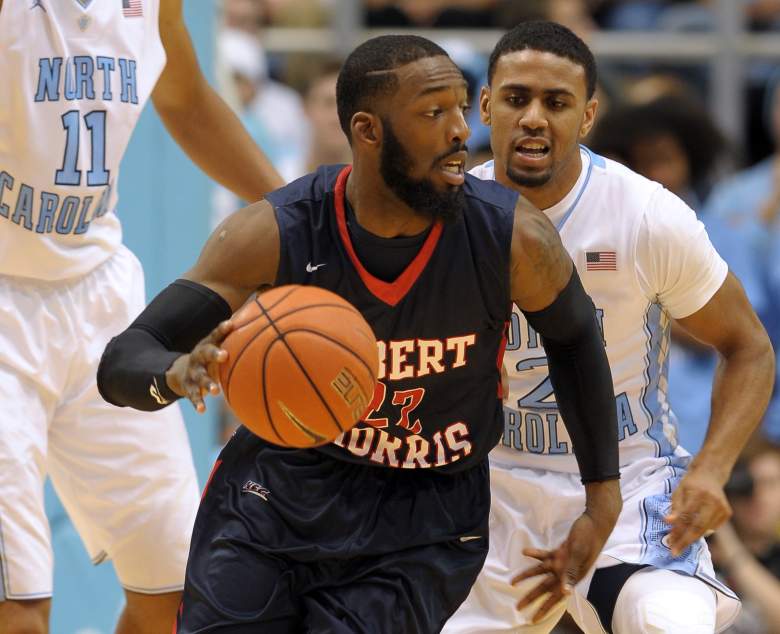 Andy Toole has led Robert Morris to the postseason in each of the past five seasons. (Getty) 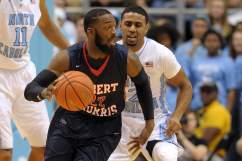