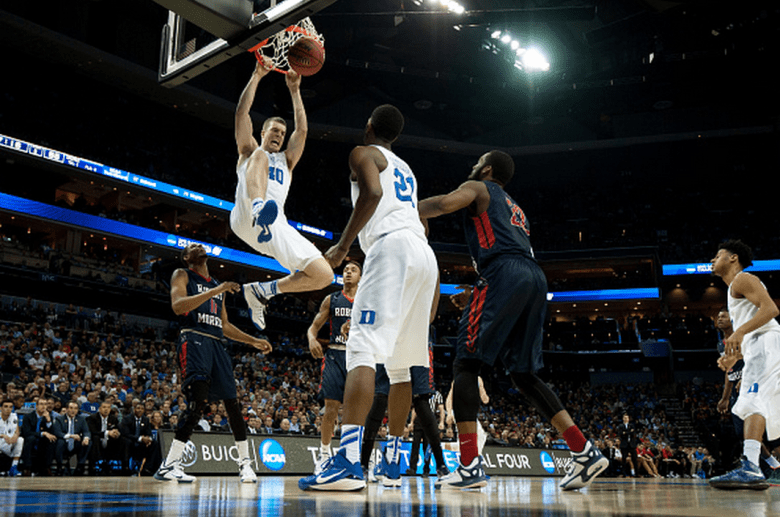 Duke’s Marshall Plumlee dunks the ball against the Robert Morris Colonials during the second round of the 2015 NCAA Men’s Basketball Tournament. (Getty)

After two days of madness – literally – the round of 32 kicked off Saturday, March 21 in various arenas nationwide. The first eight teams going to the Sweet 16 have punched their tickets and by the end of the day, the other eight will be decided. The afternoon game in the South is No. 1 Duke vs. No. 8 San Diego State.

A year removed from a stunning early tournament dismissal, Duke has had a milestone season. The Blue Devils have the No. 1 projected NBA Draft pick in their starting five and the most winningest coach in NCAA history at the helm. So far this March, Duke received a selection committee bid and has so far knocked off No. 16 Robert Morris in the round of 64. The Blue Devils move on to matchup against No. 8 San Diego State.

San Diego State finished the regular season atop the Mountain West Conference, but fell short in the conference tournament championship against Wyoming. Nonetheless, the Aztecs still earned a selection committee bid to the Big Dance. In the round of 64, SDSU routed No. 9 St. John’s, 76-64.

The game starts at 2:40 p.m. Eastern and will be covered by CBS. The announcers for the game will be Jim Nantz, Bill Raftery, Grant Hill and Tracy Wolfson.

The winner between Duke and San Diego State will move on to play No. 5 Utah in the Sweet 16. That game will take place on Friday, March 27.

But before that happens, here’s how to watch Duke vs. San Diego State online and on mobile: 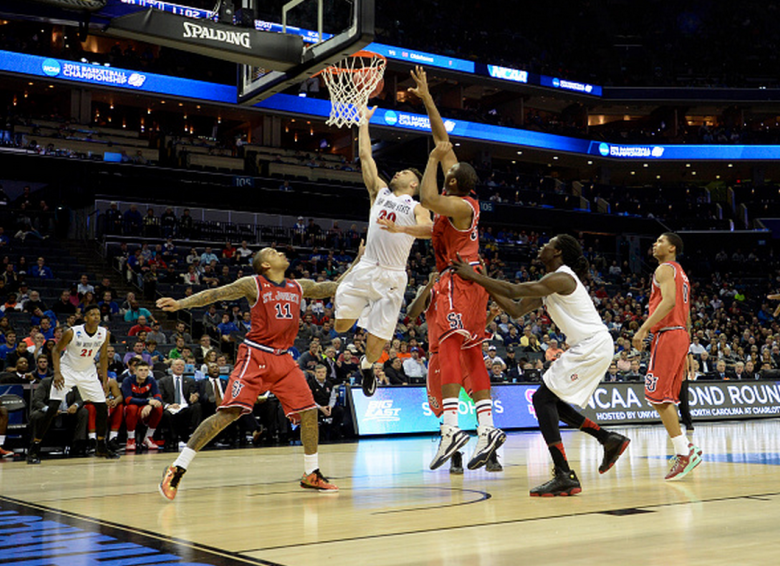 San Diego State’s J.J. O’Brien drives between St. John’s D’Angelo Harrison and Joey De La Rosa in the first half during the second round of the NCAA Tournament. (Getty)

Read More
Basketball, College Basketball, March Madness 2015
The round of 32 in the NCAA Tournament continues March 22. Find out how to watch South matchup No. 1 Duke vs. No. 8 San Diego State online and mobile here.