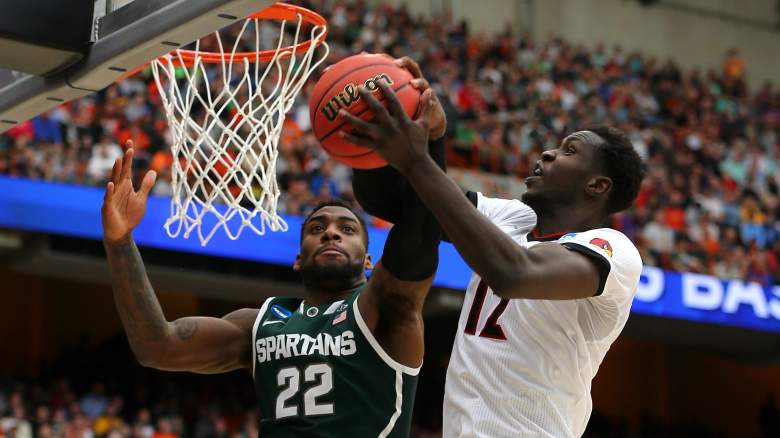 Well the stage is set for a highly anticipated game between two storied programs with two very successful coaches. One team was expected to be here, the other was not, but regardless both are vying for that national championship trophy.

Looking for redemption from last year’s early dismissal, Duke has done just that and then some. After receiving a selection committee bid, the Blue Devils defeated No. 16 Robert Morris, No. 8 San Diego State, No. 5 Utah and No. 2 Gonzaga to advance to the program’s first Final Four since 2010.

And as for Michigan State, the Spartans weren’t considered a Final Four contender, but reminded everyone why you never underestimate the underdog. One key to the equation is head coach Tom Izzo, who has led MSU to 13 Sweet 16 and nine Elite Eight appearances in the past 18 seasons. Since earning a selection committee bid, Sparty has knocked off No. 10 Georgia and delivered upsets to No. 2 Virginia, No. 3 Oklahoma and No. 4 Louisville in overtime to move on to the Final Four.

Here’s what you need to know about the kickoff Final Four game:

Line:
Duke is favored as the line opened at 4.5 points, but has gone to 5.

Although Duke came out on top earlier this season, I think Michigan State can turn the tables on the Blue Devils come Saturday, April 4.

Mike Krzyzewski may be the NCAA’s winningest coach in history, but Tom Izzo is no rookie at the helm. Coach K may have more than 1,000 career wins, but Duke has been flighty all season and have had some cold starts to the tournament games so far – something I think the Spartans can capitalize on. And, of course, the dome factor as Michigan State is coming off two games in Syracuse’s Carrier Dome.

I also have a bias towards the Big Ten that shows in this matchup unlike the Kentucky-Wisconsin one. But besides that, Michigan State has absolutely nothing to lose. They weren’t even expected to get this far so advancing to the national championship game is just an added bonus at this point.

I will say both teams are pretty evenly matched up in regards to talent and depth and with that being said, I think this will be a showdown to the very end with MSU prevailing for the 75-71 win and advancing to the National Championship game on Monday, April 6.