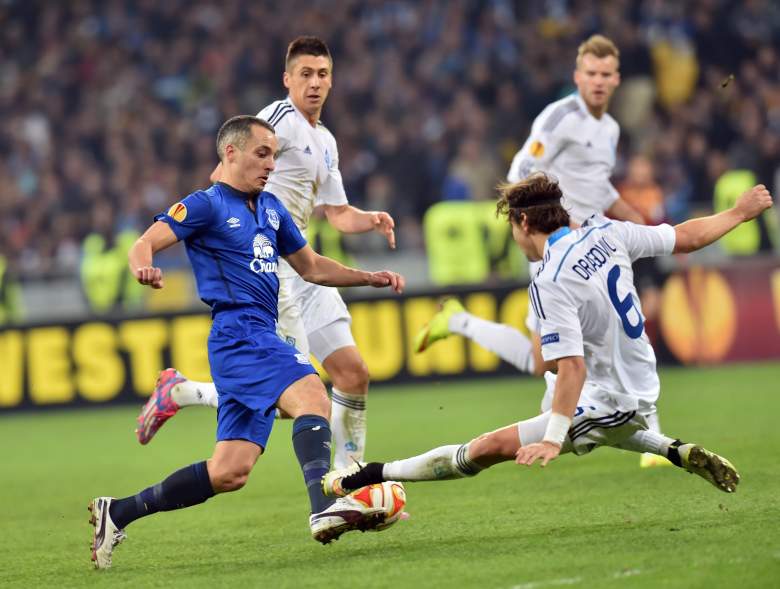 Aleksandar Dragovic, pictured here in a slide tackle against Everton, has been linked with transfers to Manchester United and Arsenal.

Aleksandar Dragovic is a 24 year old central defender for Dynamo Kiev. The Austrian enforcer has gained a reputation over the past five years as a gritty hard nosed defender. This mentality has led to European powers such as Manchester United and AS Roma to be very interested in the defenseman. 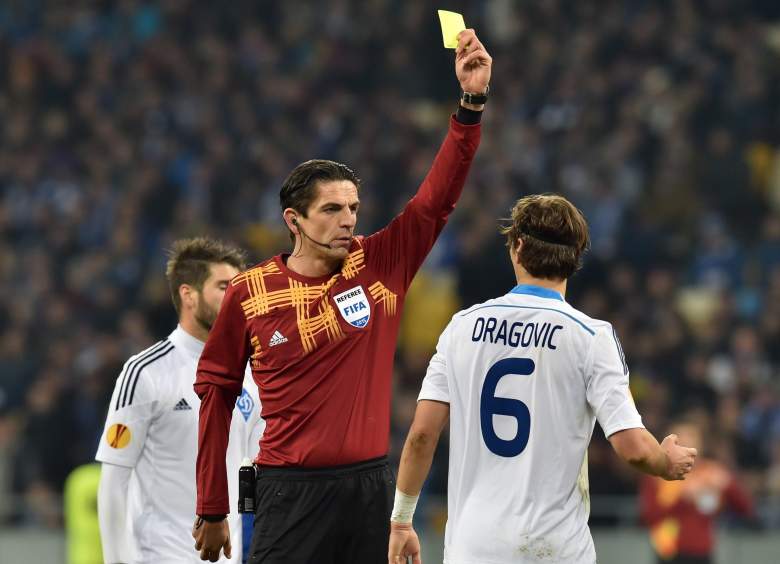 The hard-nosed defender, pictured here getting a yellow card against Everton in the Europa League, was signed from FC Basel. (Getty)

Aleksander Dragovic started his career with Austria Vienna in 2008/2009, but made a big move to FC Basel in January 2011. He got two entries in the Champions League with FC Basel, but was looking to move on to another team. 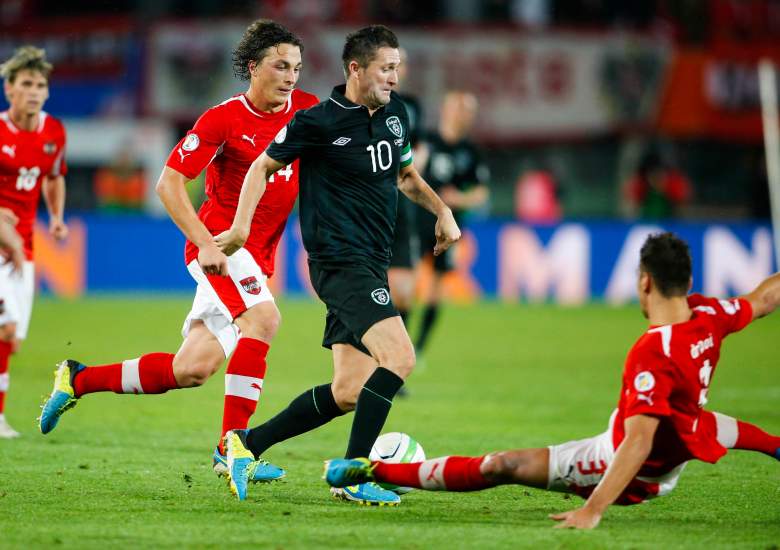 Alkesander Dragovic, sliding in for a tackle against Ireland international Robbie Keane, has played for two major soccer clubs, but is looking for a bigger payday through a transfer. (getty)

Dragovic signed a three year contract with Dynamo Kiev in 2013 that guaranteed him $5.8 million over the duration of the contract. Dragovic has made $20.8 since he broke in with Austria Vienna during the 2008/2009 season.

3. He Was in The News For Slapping The Head of a Member of The Swiss Bundesrat During a Celebration

While still at FC Basel in 2012, the 21 year old Dragovic slapped the head of Swiss Minister of Sport Ueli Maurer after a Swiss Cup win by FC Basel. As seen in the video above, Dragovic may have playfully slapped Maurer’s, but Maurer’s status as a member of the Federal Council of Switzerland made this a scandal. Dragovic claimed that he did not know who Maurer was and that he was being playful.

Dragovic was displined for the incident, but not fined or suspended.

This was not the first time that Dragovic got himself in hot water, as he also got in trouble for setting off fireworks after the match.

Ueli Maurer, on the other hand, was the President of Switzerland for the year 2013. 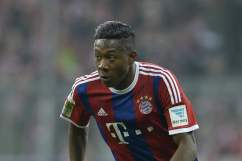 4. He Has Been Linked With Transfers to Major English Premier League Teams 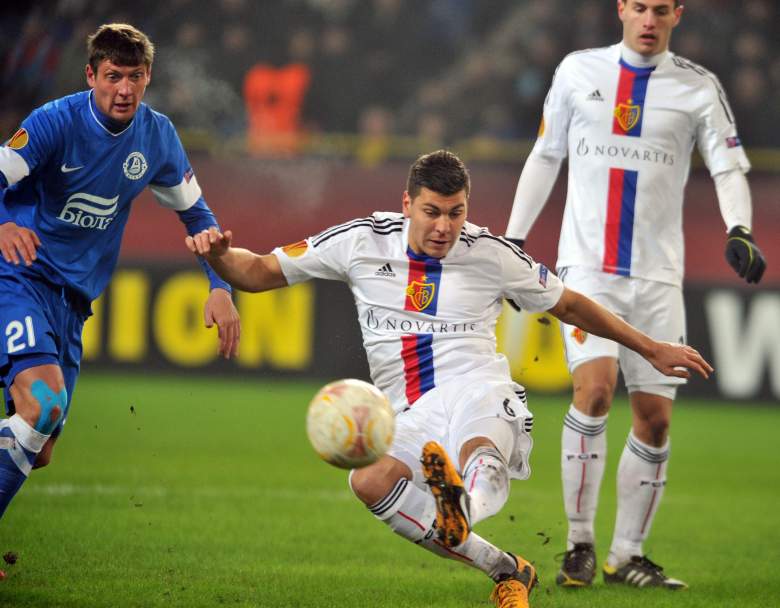 Aleksander Dragovic, pictured with FC Basel, has been linked with major teams in England and Italy. (Getty)

Dragovic is very open to a transfer, as he was quoted in an Austrian newspaper, DiePresse, saying the thought of a transfer is “something buzzing around in the back of the head.” West Ham United are English Premier League teams that have checked in on Dragovic, not to mention Spartak Moscow, but Manchester United is recruting him most heavily.

Manchester United still has their eyes on the biggest target of the summer, Borussia Dortmund center back Mats Hummels, but in lieu of obtaining the German, they are keen to sign Dragovic to help fill the holes in their defense.

Dragovic is under contract with Dynamo Kiev until the end of the 2017-2018 season.

5. He Is One of The Best Young Central Defenders in Europe 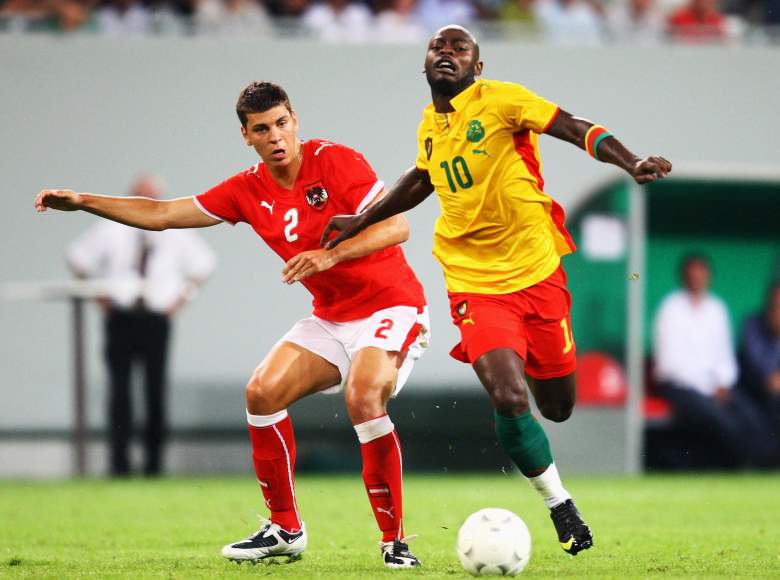 Aleksander Dragovic, pictured here with the Austrian National team, has earned acclaim over his past five seasons. (Getty)

Dragovic made his national team debut in 2009 at 18 years old and already has 37 international caps for the national team. He has started 19 consecutive games for the Austrian National Team, even shifting to defensive midfield at times.

Dragovic has only scored 10 goals in his career, but scored in the 2015 Ukrainian Cup for Dynamo Kiev in their 3-1 win against Zirka Kirovograd and also scored for FC Basel in a 2-2 draw in the Europa League against Tottenham in 2012-2013. 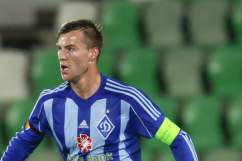